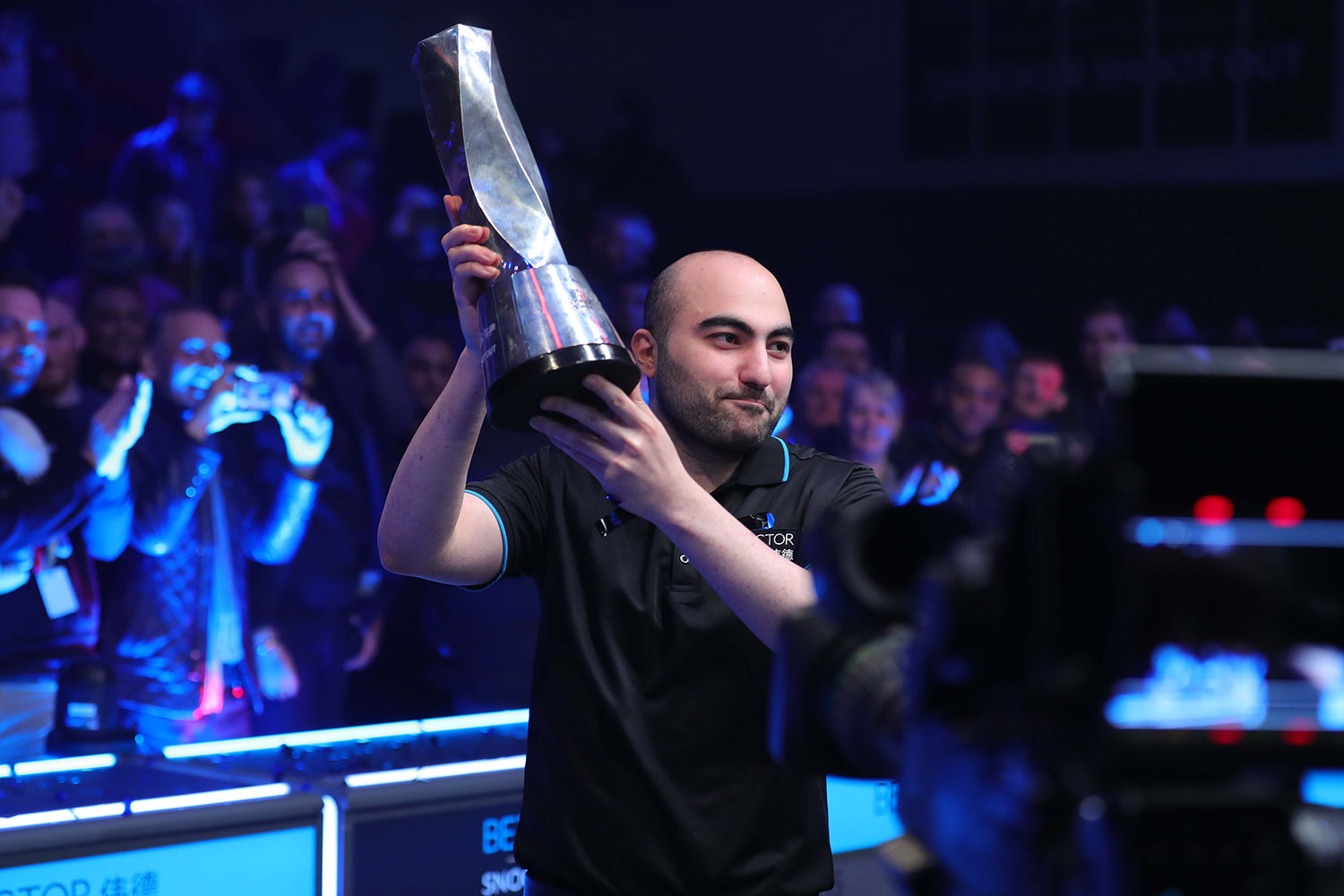 For the first time in snooker history, the 21/22 season saw five maiden ranking event winners in a single campaign. Despite Ronnie O’Sullivan ultimately landing a seventh Crucible crown at the World Championship, are there signs of a changing of the guard on the horizon?

Three of those first-time winners are up-and-coming young guns. Zhao Xintong, age 25, lifted the silverware at the UK Championship and German Masters. Fan Zhengyi, just 21, scored an incredible victory at the European Masters. And 27-year-old Hossein Vafaei earned his first trophy at the Shoot Out.

In addition, 27-year-old Luca Brecel captured his second ranking title at the Scottish Open, as well as reaching the UK final against Zhao. And let’s not forget 22-year-old Yan Bingtao, who beat John Higgins in the Masters final last year.

Are these 20-somethings at the crest of the wave of a new breed, shaking up the established order?

The answer, surely, is that it’s too early to make judgements. All of these players are outstanding talents and may well go on to become prolific winners, but they have much to prove at the very highest level.

It has been a fantastic year for unearthing new stars, but 40-year-old Neil Robertson was named as WST Player of the Season, while ‘Class of 92’ Ronnie O’Sullivan, John Higgins and Mark Williams have all won titles, including the sport’s biggest prize. 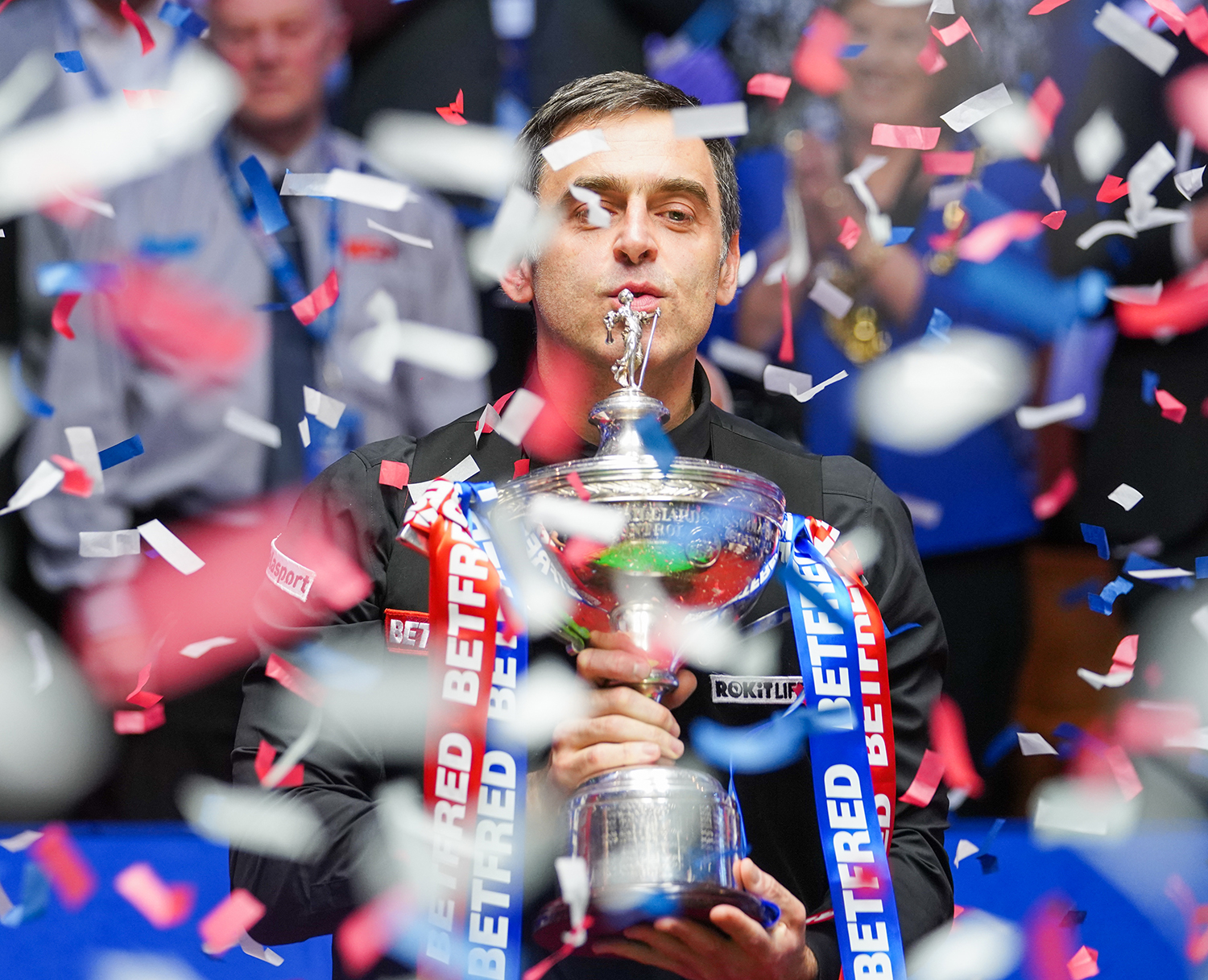 Hector Nunns, snooker journalist, said: “It has felt like a significant season, from which you could sensibly draw several conclusions. The first would be that there are a group of younger players now completely ready to win when the opportunity presents itself. These of course would include China’s Zhao and Fan, and Vafaei of Iran. But we can safely assume their success will only inspire those of a similar age and ability watching on – and in many cases, that practise with them on a daily basis.

“The second would be that age is also no barrier. The Class of 1992 – Ronnie O’Sullivan, John Higgins and Mark Williams – almost defy rational analysis. You can almost set them aside as contenders for every title, but recent title successes for the likes of Joe Perry and Rob Milkins show that experience and table-craft still count for something.

“But I would say thirdly, and perhaps most importantly, we should acknowledge while it is happening – rather than years later looking back – that we are living in and witnessing something of a golden era of snooker talent given all of the above. The new young stars are ‘as well as’, rather than ‘instead of’, the established greats. At some point we know the legends will depart the stage. But for the next few years, it is a chance just to enjoy and celebrate the current state of the game.”

Phil Yates, one of the sport’s most experienced journalists and broadcasters, agrees that it’s too early to talk of a new era.

“I think five new winners this season is a case of random clustering,” he said. “But I would say that both Zhao and Yan have the potential to become great players in years to come. I am surprised that Yan didn’t add to his trophy haul last season because he has a fantastic all round game.

“Both Zhao and Brecel are what would be known in golf as confidence monsters. They rely heavily on their natural ability and confidence, which means the difference between their best and worst is vast. Very much like Alex Higgins in the 1970s and Tony Drago in the 1990s. But in any given week their game could click and I’m sure they will both win a lot more. The Chinese players all seem very dedicated to practice, which is the bedrock of success.

“The great thing about snooker now is that we have so many excellent players. Not just the top 16, but the strength between 17 and 40 in the rankings is incredible, far higher than we have seen in the past. It’s not like the 1980s and 90s when there was one dominant player who was a strong favourite for every World Championship.”

Joe Perry, a stalwart of the circuit for 30 years, won his second career title this season at the Welsh Open – his first victory on UK soil. He is encouraged to see promising young players emerging, but feels the old guard still holds the balance of power.

Perry said: “O’Sullivan, Higgins and Williams are still all among the top eight and at the moment they are showing no signs of stepping aside. All three of them are still so good!

“Over the last couple of seasons the very top players have focussed on the biggest events, and maybe that has given an opportunity for the likes of myself, Rob Milkins and a few others to win titles. In the early rounds of the smaller events, the big names are vulnerable.

“The game is in great shape in terms of players in their 20s and early 30s. Judd Trump is a prolific winner, Jack Lisowski will win tournaments, I have no doubt about that, and Kyren Wilson will win a lot more.  And there are Chinese players like Zhou Yuelong who we are yet to see the best of.” 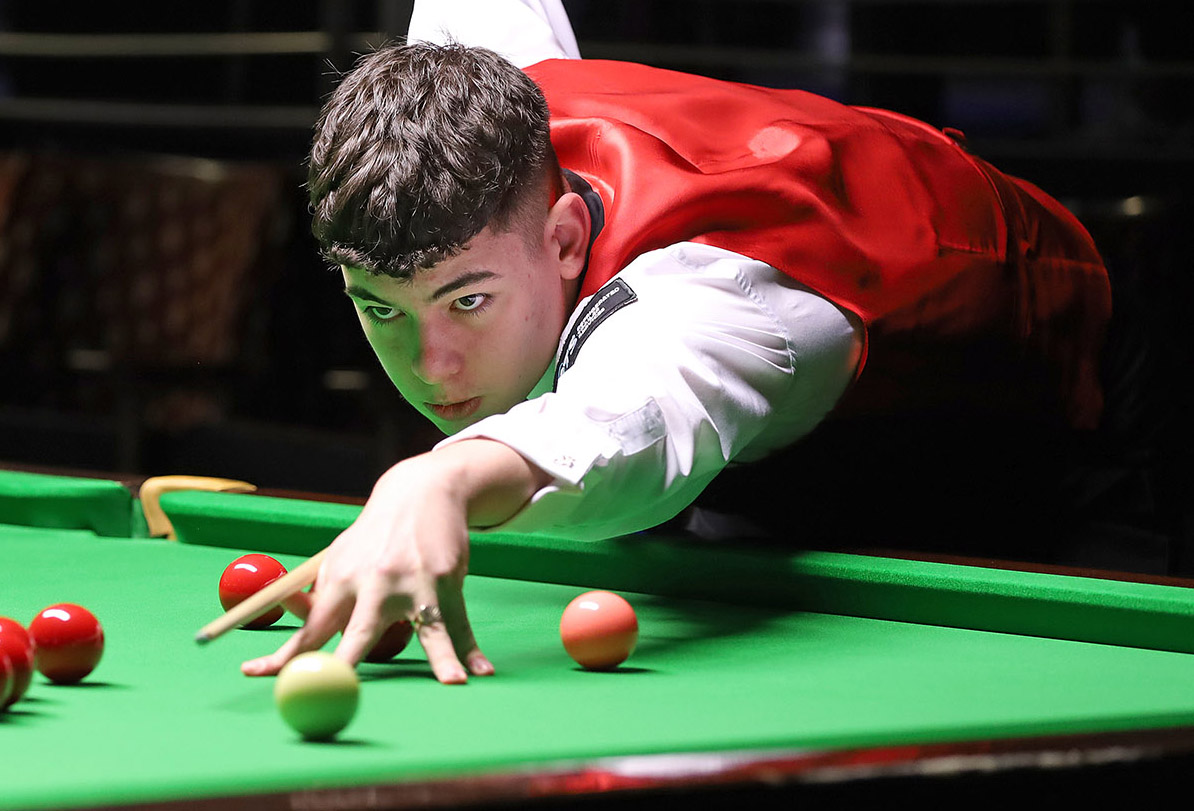 For many years the perception has been that the best up-and-coming teenage players are from China. Strong grassroots structures, academies and coaching have created a breeding ground for young talent in the Far East, and the best of these come to the UK where they are based at two excellent academies in Sheffield and another in Darlington.

But there are also signs of a new generation of young British players with huge potential. This season alone, teenage amateurs such as Paul Deaville, Dylan Emery, Stan Moody, Robbie McGuigan and Liam Davies have scored wins on the professional tour.

WPBSA Chairman Jason Ferguson said: “We are really seeing a change now at grassroots level in the UK and players of genuine quality coming through. We have done a huge amount of work in recent years to revive the amateur scene in England with a lot more tournaments around the country where the best young players can develop their skills. That’s how it was in the 1990s when the best players came through and we need to get back to that. We have supported snooker clubs and the amateur bodies to create the right structures.

“It’s a similar pattern in many parts of Europe and even Africa and further afield. Our WSF Open Junior Championship was won by the very promising Anton Kazakov from Ukraine. This year our partners in Thailand are staging a Q School event for the Asia and Oceania regions for the first time. I genuinely believe that in years to come we will see a wave of brilliant young players joining the tour, and the sport will have a far greater international spread than it has ever had before.”