Allen Fights Back To End Level 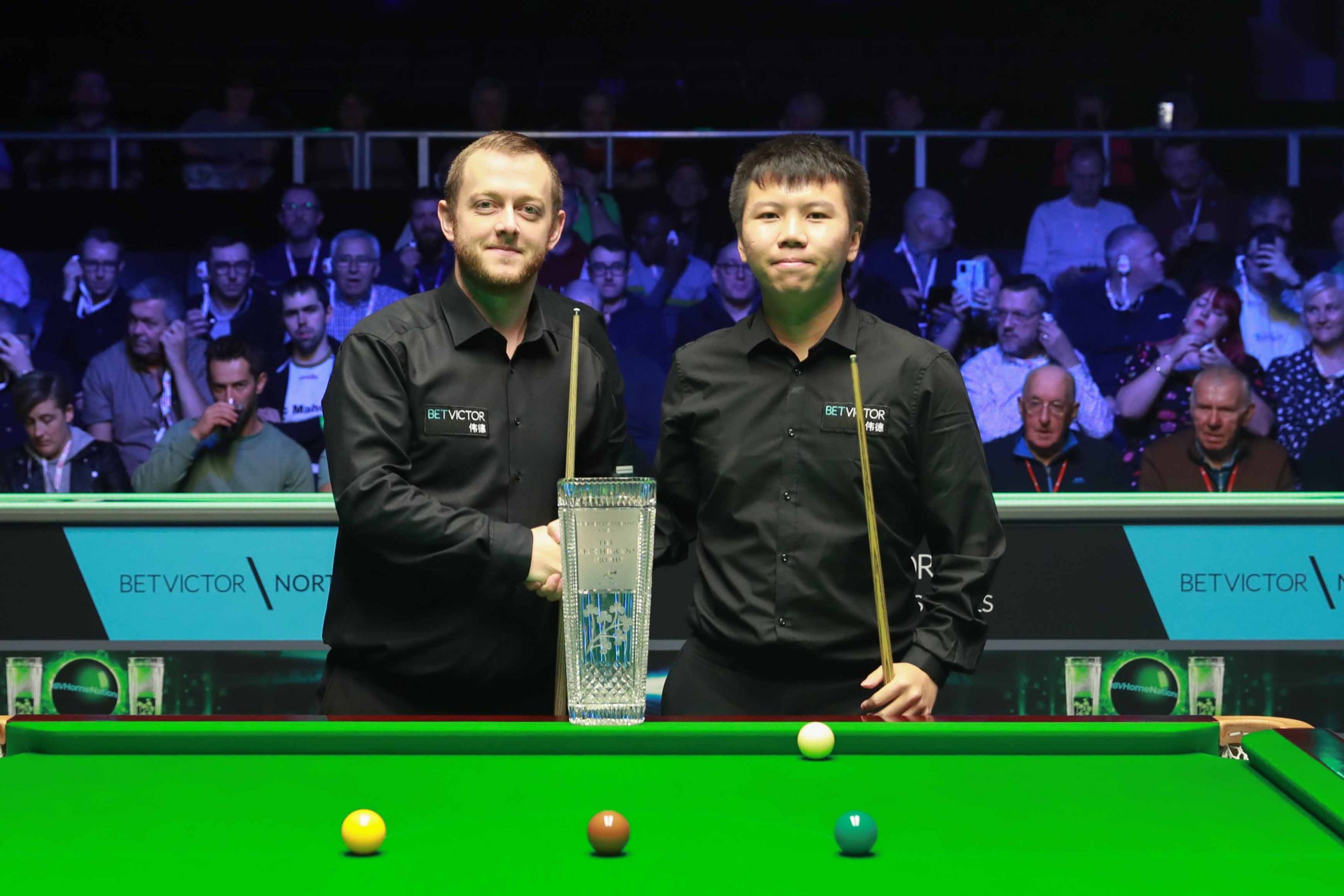 Northern Ireland’s Allen delighted his adoring home fans 12 months ago when he beat John Higgins 9-8 in the final. He requires five more frames to repeat the feat this evening.

Zhou is aiming to pick up a maiden ranking title, having lost in his previous two final appearances at the 2020 Shoot Out and the 2020 European Masters.

Whoever wins this evening will earn a place in the upcoming Champion of Champions, as well as the £80,000 top prize and the Alex Higgins Trophy.

It was Allen who took to the front early on, crafting a run of 57 to take the opener. However, from that point it was Zhou who gained control of the tie. The 24-year-old composed breaks of 56 and 135 on his way to four on the bounce and a 4-1 advantage.

Allen dug deep and contributions of 68 and 55 helped him to claim the last three of the session to set up a grandstand finish this evening. They return at 7pm to play the best of 17 encounter to its conclusion.