Mark Allen has built a vast lead at the top of the one-year ranking list with victory at the Cazoo UK Championship. Only two counting events remain until the field for January’s World Grand Prix is settled. 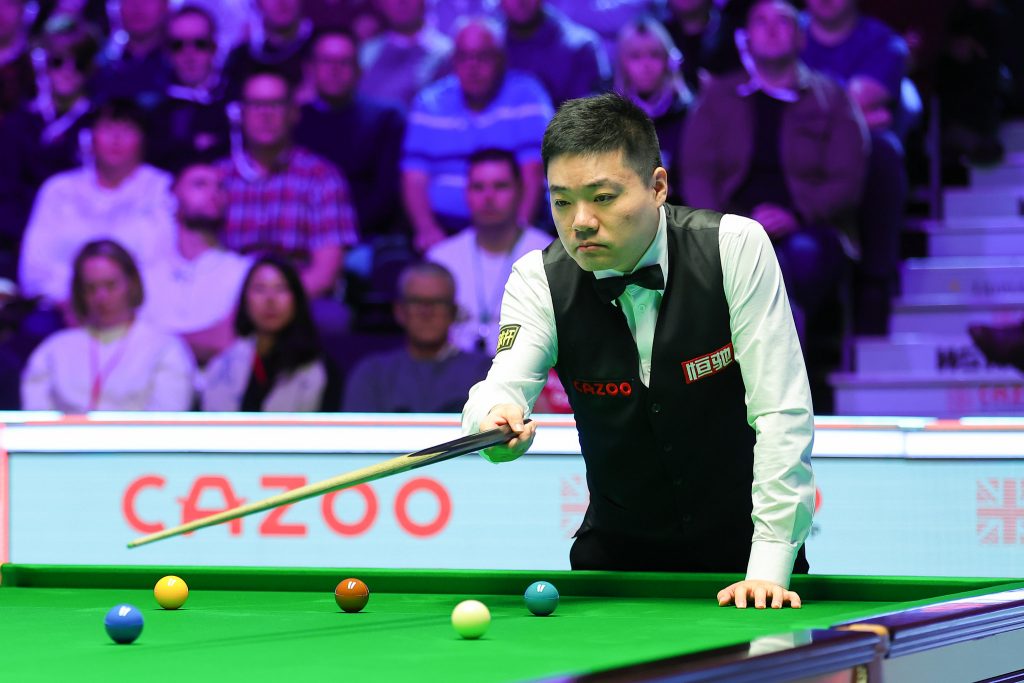 Ding: back on form

China’s Ding was previously down in 60th place but his £100,000 runner-up prize boosts him to third and makes sure of his place at the World Grand Prix. Tom Ford got to the semi-finals in York and the £50,000 reward lifts him from 52nd to seventh. Jack Lisowski was the other losing semi-finalist and he’s up from 39th to fifth. Sam Craigie made the quarter-finals and flies up from 93rd to 22nd.

Ronnie O’Sullivan won the World Grand Prix last season and his quarter-final run in York has boosted him from 66th to 16th, so he is now on target to earn a place in Cheltenham, with only the top 32 to qualify for the tournament in January.

The remaining counting events are the BetVictor Scottish Open and BetVictor English Open. Neil Robertson (43rd) and John Higgins (92nd) are among those who need a deep run in at least one of those events to secure a place in Cheltenham.

On the official two-year list, Allen is up from ninth to fifth, while Ding climbs from 38th to 19th. If Ding had won the final on Sunday he would have jumped into the top 16 and earned a spot in the Cazoo Masters which runs from January 8 to 15 at Alexandra Palace in London, but instead Yan Bingtao hung on to the 16th and last place. The draw and format for snooker’s biggest invitation event is now confirmed – for details click here.