Ronnie O’Sullivan suggested that his current winning streak is down to “my bad being better than everyone else’s bad” after whitewashing Zhou Yuelong 6-0 in just 83 minutes to reach the quarter-finals of the Cazoo UK Championship.

Tickets are still available for Thursday and Friday in York – for details click here. 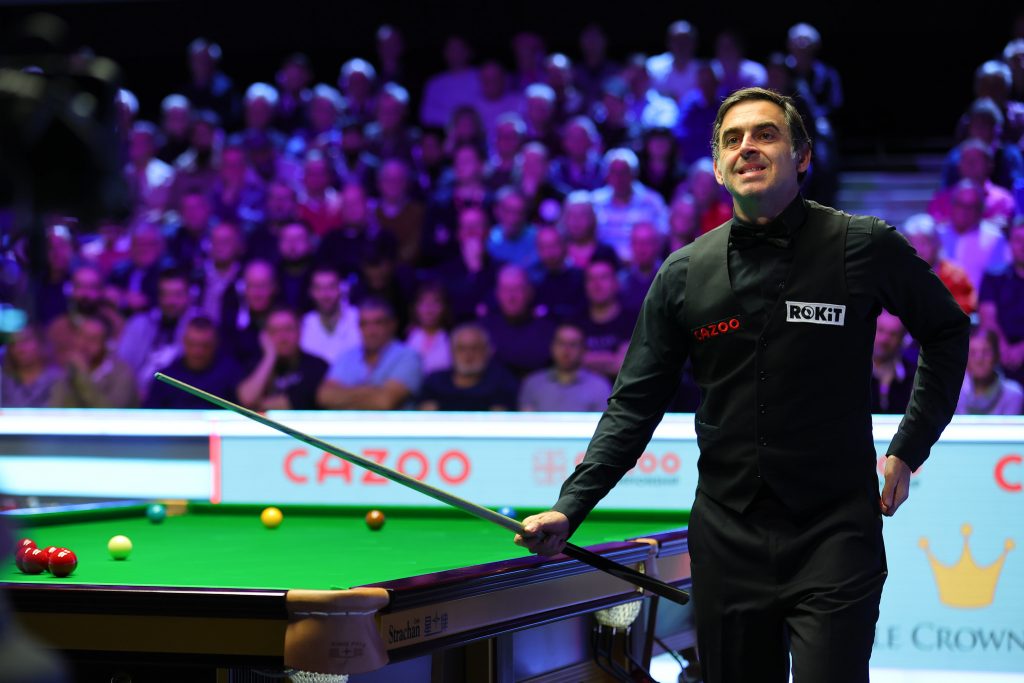 World number one O’Sullivan already has two titles under his belt this season having won the Hong Kong Masters and Cazoo Champion of Champions and will be tough to beat in York this week as he aims to become the first player to win any ranking event on eight occasions.

Zhou beat Yan Bingtao 6-5 in the perhaps the best match of the opening round, but could not reproduce that form today and has now lost all four of his career meetings with O’Sullivan; the frame aggregate in those four matches is 20-2.

China’s Zhou potted just two reds in the first four frames as his opponent went 4-0 up with a top break of 137. In frame five, Zhou had a chance to pulled one back but missed a red to a centre pocket on 63, and O’Sullivan cleared with 82. And the Rocket brought another cheer from the Barbican crowd as he sealed the match with a run of 103.

O’Sullivan told BBC Sport: “I know he didn’t perform but at the moment that’s what everyone is doing against me, and I think my bad is better than everyone else’s bad. I have to take that for now and I’m never far away from playing well.” 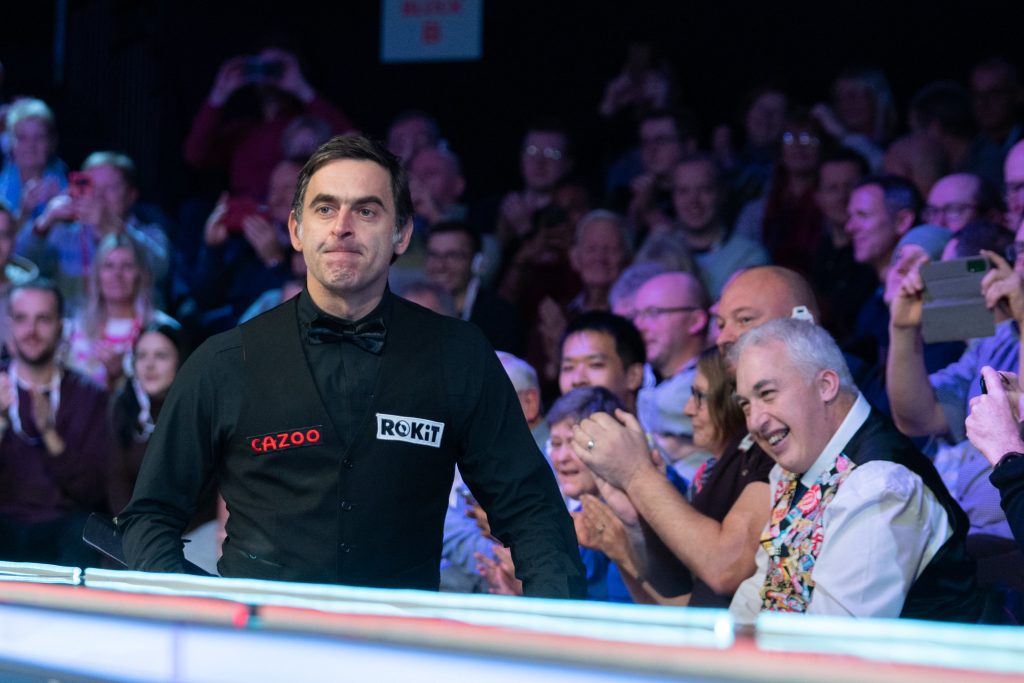 Asked what advice he would give to Zhou, O’Sullivan replied: “I never had a problem with crowds, big occasions, the bigger the occasion, the more I liked it. Watch the first time I was on TV age 14, first poke I had a break of 75. If you can’t handle it, you’re going to struggle. I think you are born with the love of pressure, you can’t teach that.

“You see some kids and they are different. We all knew about Stephen Hendry when he was 15. Steve Davis was different, Tiger Woods. You just look in their eyes and they have a different intensity. They love the challenge and the competition, they thrive on it.

“It takes enjoyment out of it sometimes because anything other than a win is no good. Last year I was happy with the quarter-finals, this time I’m thinking that if I don’t win it it’s a disaster. Your perception changes. But I feel very comfortable out there, even if I get hammered. I have proved myself enough for it not to matter as much – when I was a kid it would hurt me. If I play well then I want to stay out there forever, but snooker is not easy. It’s part of the deal, you have to accept you are not always brilliant, but it’s about how good your bad stuff is.” 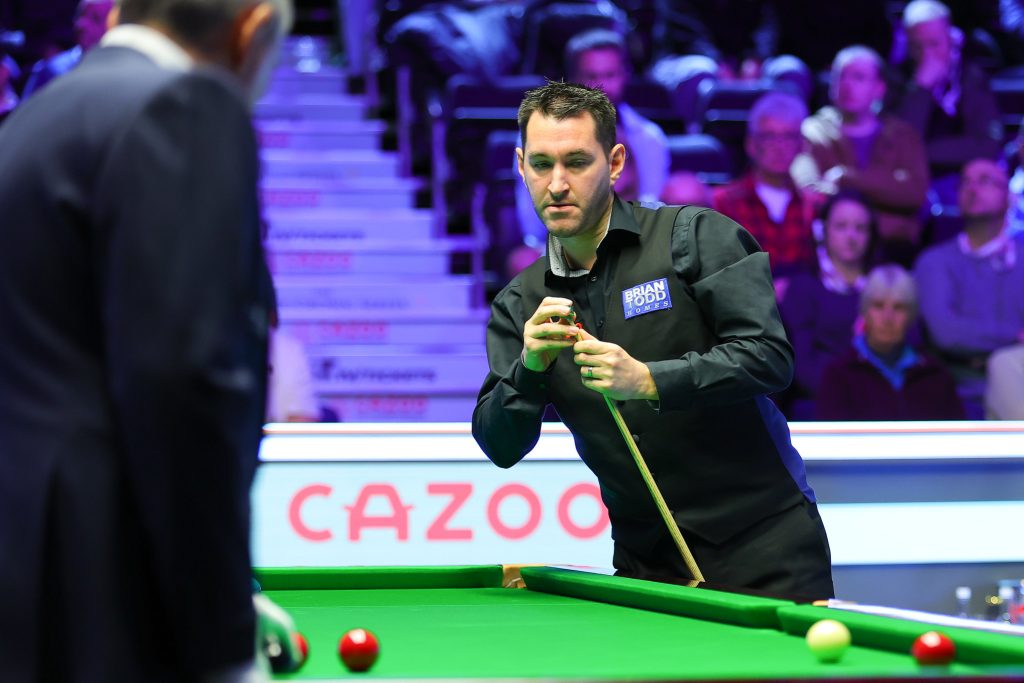 On the other table, Tom Ford beat Luca Brecel 6-3 to reach the quarter-finals of this event for the second time. Ford’s previous appearance in the last eight in York came in 2018 when he beat Joe Perry before losing to O’Sullivan in the semis. This time he could face Perry again, or Stuart Bingham.

Leicester’s Ford had a slow start to the season, losing in the first round of four ranking events, but has now found his game, winning two qualifying matches to make it to the Barbican then seeing off John Higgins and Brecel.

Ford went 2-0 up with a top break of 70 and he led 54-0 in the next but Brecel hit back to take it with an excellent 61 clearance. In frame four, Ford was up 54-8 with three reds left when he ran out of position, and again Brecel cleared to go to the interval at 2-2. Leicester’s Ford regained the lead with a run of 79.

Frame six came down to a safety battle on the green, resolved when Brecel clipped in a long pot and cleared the table to square the tie at 3-3. Once again it was Ford who edged ahead thanks to a run of 100, and he got the better of a safety tussle on the last red in frame eight, clearing to lead 5-3. The 39-year-old dominated frame nine to reach the 15th ranking quarter-final of his career.

“I played well in patches,” said Ford. “Just to get over the line and get to the next round it was a big win for me because that puts me into the World Grand Prix I think. I’m feeling better as the matches go on.

“It would mean a lot to get to the semis, it would give me a big confidence boost. Before this event I’d hardly won a game this season, so getting into the quarters of the UK is a great achievement.”