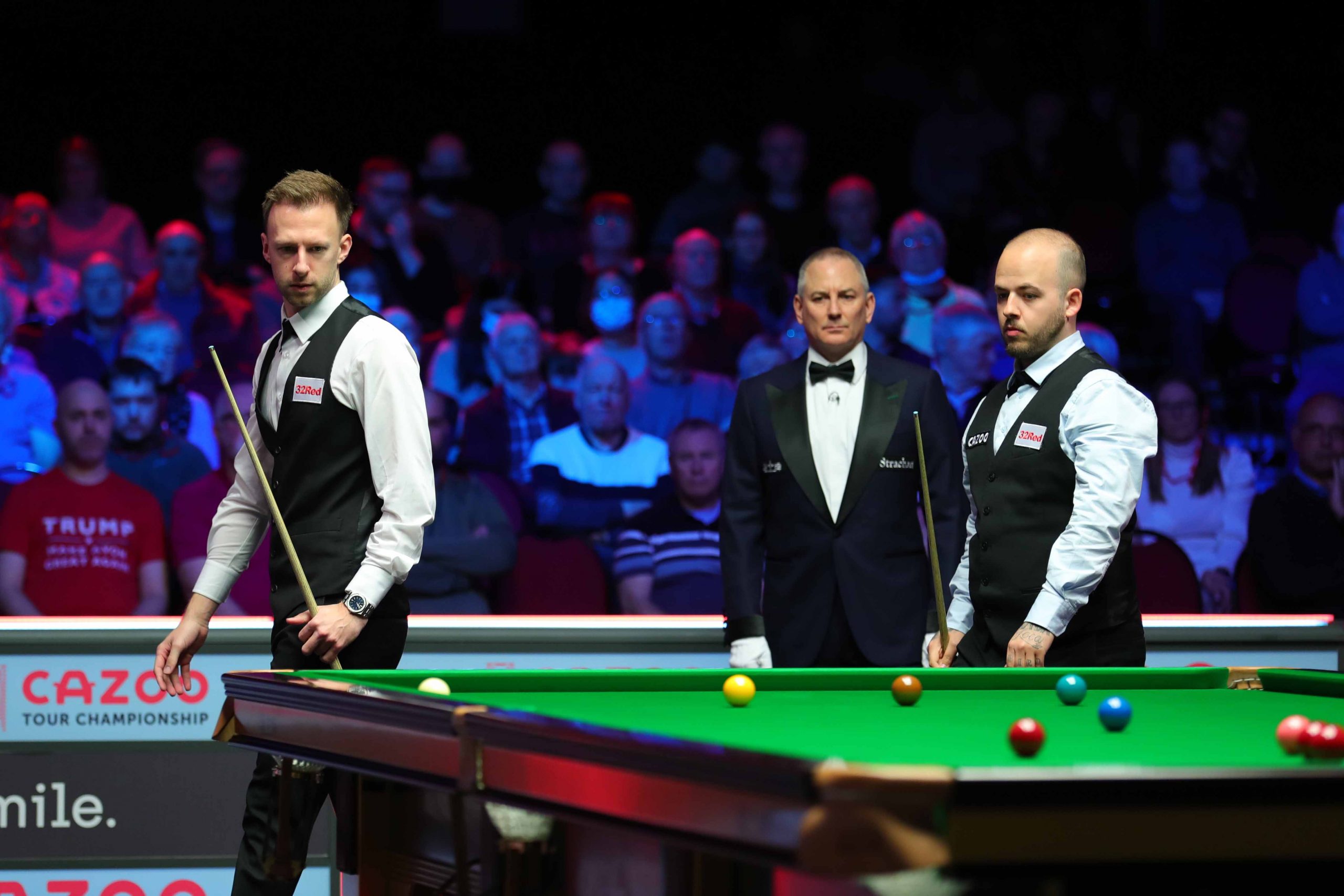 Luca Brecel put on a superb display to take charge of his Cazoo Tour Championship clash with 2019 World Champion Judd Trump, leading 6-2 after the first session in Llandudno.

Only the eight best players of the campaign have earned a place in this elite event. Brecel qualified by winning the Scottish Open and going on a tremendous run to the Cazoo UK Championship final, where he was beaten by Zhao Xintong.

Trump’s spot in North Wales was confirmed relatively late in the day. He travelled to Newport for the Welsh Open with only an outside chance of qualification after a difficult campaign. However, he went all the way to the final that week and then beat Matthew Selt in the final of the Turkish Masters seven days later to seal qualification.

It was Brecel who took the opener on the black when play got underway this afternoon. He then followed that up with breaks of 56 and 58 to move 3-0 ahead. However, Trump kept in touch by claiming the fourth to head into the mid-session trailing 3-1.

After play restarted former China Champion Brecel hammered home his advantage with contributions of 100 and 54 to make it 5-1. A break of 81 clawed Trump back within a frame, but Brecel immediately responded with 75 to end 6-2 in front.

The pair return to play this best of 19 encounter to a conclusion at 7:30pm this evening.