Stuart Bingham overcame a late wobble to clinch a 10-7 win over Ashley Carty and reach the second round of the Betfred World Championship. 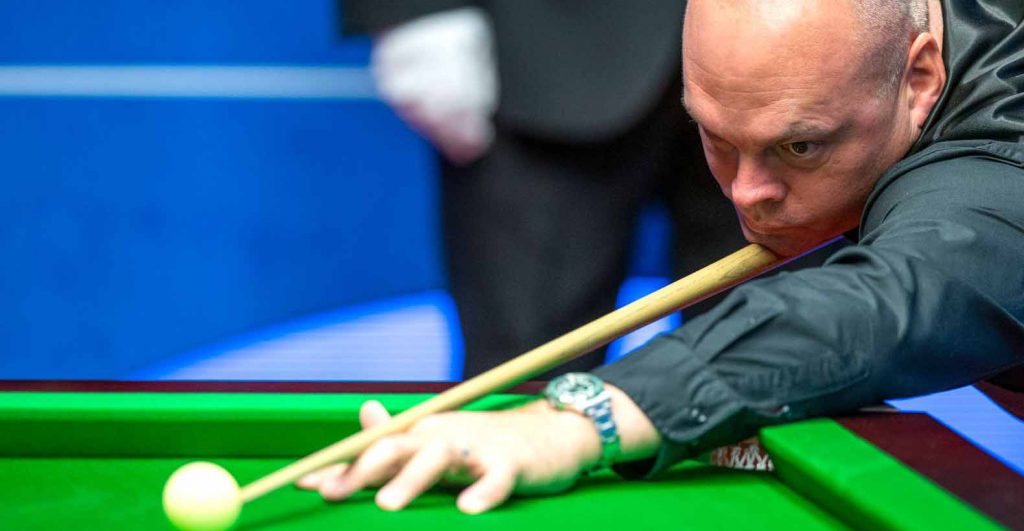 Bingham looked to be cruising to victory at 9-4, then appeared to lose his way as he was hauled back to 9-7. But the Essex cueman got over the line to set up a last 16 meeting with Alan McManus or Mark Williams.

World number 14 Bingham won this title in 2015 and is aiming to join the small group of just six players – Steve Davis, Stephen Hendry, Mark Williams, John Higgins, Ronnie O’Sullivan and Mark Selby – to lift the trophy on multiple occasions at the Crucible.

Bingham, who won the Masters title in January, held a narrow 5-4 overnight lead but soon gave himself daylight today as he rattled through the first four frames in less than an hour. Breaks of 109, 96, 57 and 58 put him 9-4 ahead.

Crucible debutant Carty pulled one back with an excellent break of 83, and snatched the next after Bingham had missed a straight-forward pot on the final green. The fight-back continued as a run of 56 helped Carty win frame 16 and close to 9-7.

Last year at the same stage, Bingham let slip an 8-1 lead against Graeme Dott, eventually winning 10-9. This time he was able to end the tension with a break of 82 to seal the 10-7 result.

“I felt great at 9-4 at the interval,” said the 44-year-old. “I took my foot off the gas and memories of the Dott match started coming back. I threw my arm at a few shots and Ashley started playing well. So I was happy to finish it with a nice break in the end.”

On the other table, last year’s semi-finalist David Gilbert finished 5-4 behind at the end of his opening session against Kurt Maflin. Norway’s Maflin showed his break-building class as runs of 124, 61, 56, 56, and 101 helped him to a 5-3 lead. Gilbert took the last of the session with a 131 so has a narrow deficit ahead of the conclusion on Sunday evening.