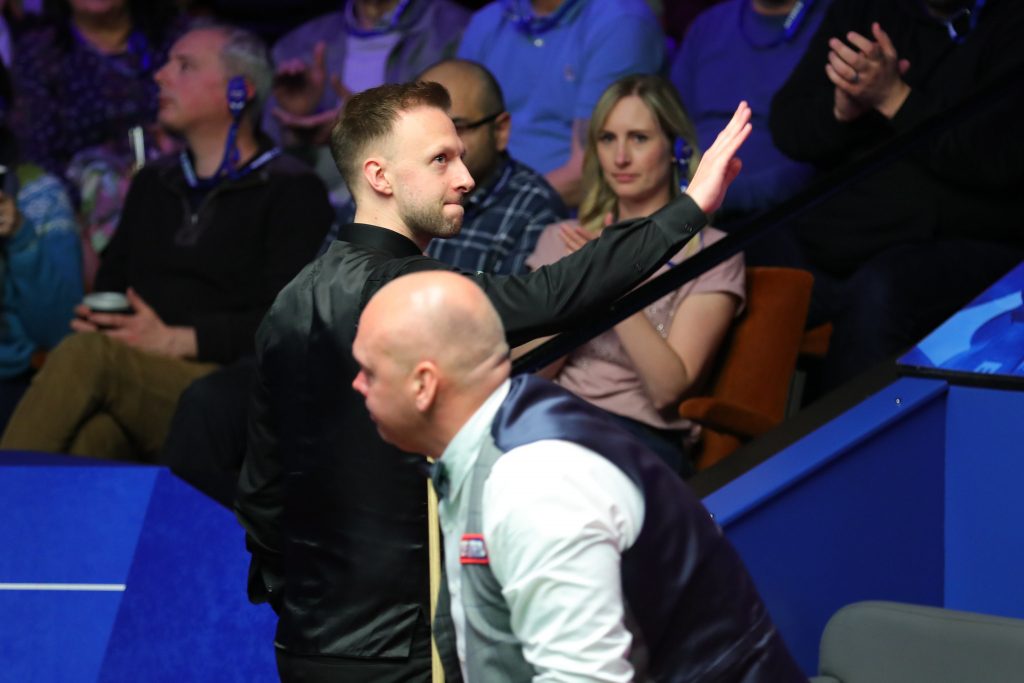 Judd Trump won eight consecutive frames as he beat Stuart Bingham 13-8 to reach the semi-finals of the Betfred World Championship for the first time since he won the title in 2019.

Trump was floundering in the second session on Wednesday morning when he lost five frames in a row to trail 8-5, but the 32-year-old turned the match around with resounding effect and controlled the remainder of the contest. He goes through to the last four to face three-time Crucible king Mark Williams over 33 frames on Thursday, Friday and Saturday.

This has been a mercurial season for world number four Trump – he has won two titles, but also had spells where he has lost his enthusiasm for competition. After defeat to Luca Brecel in the first round of the recent Cazoo Tour Championship, a dejected Trump hinted at taking a long break from the sport.

But the trip to Sheffield has revived his fervour and the left-hander seems to be building momentum as the tournament comes to its fascinating conclusion. The weight of expectation on his shoulders is less this year than it was in 2020 and 2021 when he arrived at the Crucible at the end of dominant seasons. Trump’s performance over the last eight frames today will give him a huge confidence boost as he looks to become only the seventh player to lift the trophy more than once at the Theatre of Dreams. 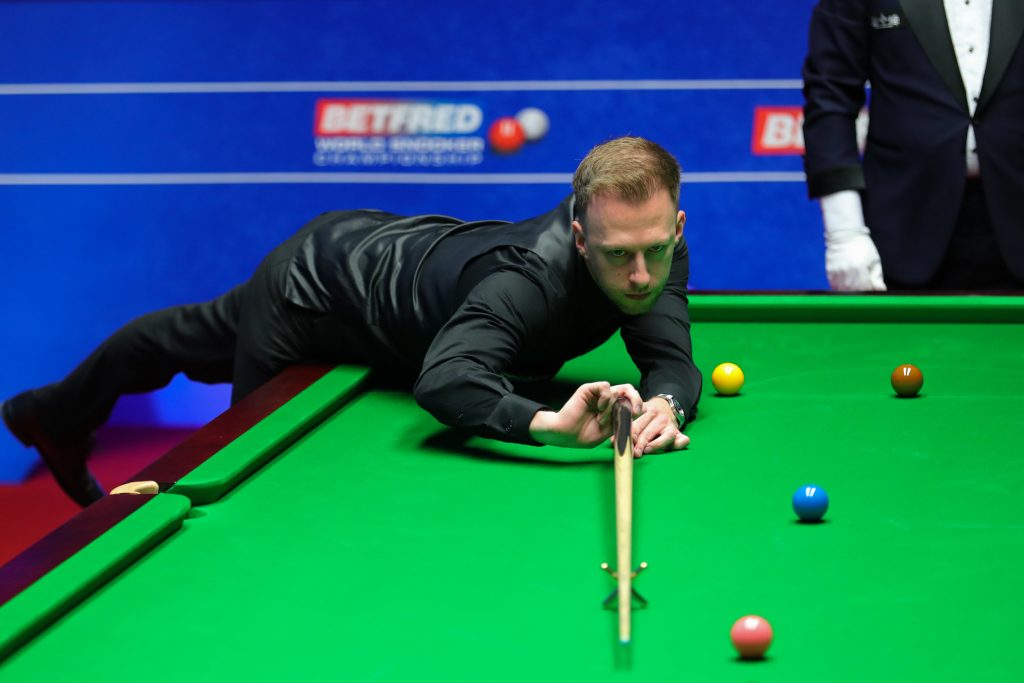 Bristol’s Trump took the opening frame of the concluding session with a break of 78 to lead 9-8 and got the better of a scrappy 18th frame to double his advantage. In the 19th, Bingham trailed 56-23 when he missed a straight-forward pink with one red left, and that cost him the frame as Trump moved 11-8 in front.

Again in the 20th, 2015 champion Bingham had a scoring opportunity, but made just 13 before missing the black off its spot. Trump’s 73 made it 12-8 at the interval, and he soon sealed victory in frame 21 with a top run of 59.

“At one point it looked as if I was going out of the tournament, so to get over the line comfortably in the end was a bonus,” said Trump. “I started to feel like myself again, the long pots were going in. Stuart missed a black at 8-5 and I knew that was a big moment, I had to dig in. I was so happy to get out of the session at 8-8.

“I knew I wasn’t one of the favourites coming in because I wasn’t playing well. I have enjoyed the challenge more than I have in the last couple of years. I have got through the rounds quietly, without playing my best. I am playing with freedom and a smile on my face. It’s probably the most excited I have been for a while, to be down to the one table.

“I’ve seen how well Mark Williams is playing. I just wanted to be part of the semi-finals, with Ronnie still in, and either John Higgins or Jack Lisowski. It’s a dream line-up and hopefully both matches will live up to the billing. Mark will feel like the favourite because of the way he’s playing. For me it’s a free shot.”

Bingham said: “I’m disappointed for it to finish up that way. If someone had said at 8-5 that I’d lose 13-8 I wouldn’t have believed them. It’s my own fault, I missed the black at 8-5 when I had the momentum and could easily have been 11-5 up. That’s snooker, you need to take the good times with the bad. I collapsed like a cheap tent, but I was trying my hardest.

“The season hasn’t been great. I’ve got some glasses to try for next season because I’ve been struggling with my eyes for five or six years now.”

Who will join Mark Allen in the final of the @CazooUK British Open? Ryan Day and Robbie Williams clash at 7pm, live on ITV3! #BritishOpen