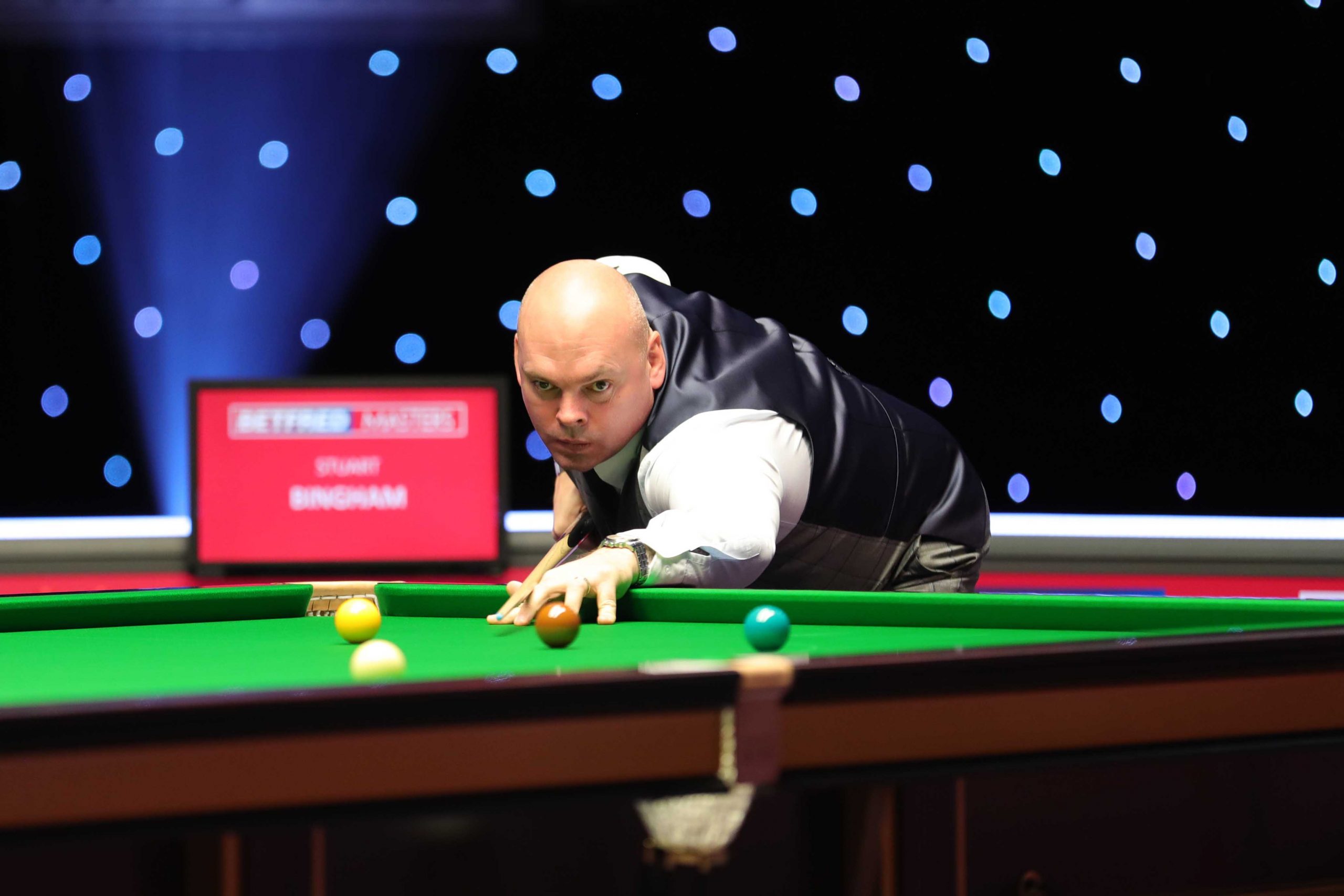 Defending champion Stuart Bingham survived a late surge from Thepchaiya Un-Nooh to book his place in the quarter-finals of the Betfred Masters with a 6-4 win in Milton Keynes.

Bingham claimed his maiden Masters title 12 months ago with a sensational victory at Alexandra Palace. The Basildon cueman defeated Mark Williams, Kyren Wilson, David Gilbert and Ali Carter to claim the £250,000 top prize and the famous Paul Hunter Trophy. It was a second Triple Crown success for Bingham, who became World Champion for the first time in 2015.

Debutant Un-Nooh will be disappointed to taste defeat in what was his maiden Masters appearance. However, a late rally from 5-1 down allowed him to showcase his considerable talents and he has the consolation of £15,000 for the first round loss.

Bingham assumed complete control in the opening exchanges this afternoon. The Basildon cueman composed breaks of 63 and 114 on his way to leading 3-1 at the mid-session.

A run of 95 saw him move 4-1 ahead when play resumed, before Bingham claimed a dramatic sixth frame on the pink to lead 5-1. He then embarked on a maximum break attempt, but broke down by going in off on 64. That allowed Un-Nooh to clear with 68 and reduce his arrears to 5-2. Further runs of 80 and 113 saw the Thai crank up the pressure and move within one at 5-4.

However, despite the Un-Nooh onslaught, Bingham held his nerve and composed a steely break of 67 to secure victory. He’ll face either Shaun Murphy or Mark Williams in the last eight.

Bingham said: “I was probably a bit mad to go for the max at 5-1 up. I am a bit mad for them and when I get a few reds with blacks, I start going for more. I was a bit unlucky going in off. It gave him an easy starter and the onslaught started.

“He can make people look stupid with how quick and heavy he scores. I just tried to stay focussed and hope I got a chance. Luckily for me I did.

“It puts me in good stead having played out there. I know what it is like now. Whoever I play I’ll be looking forward to it. I’m sure it will be tough and a good game.”