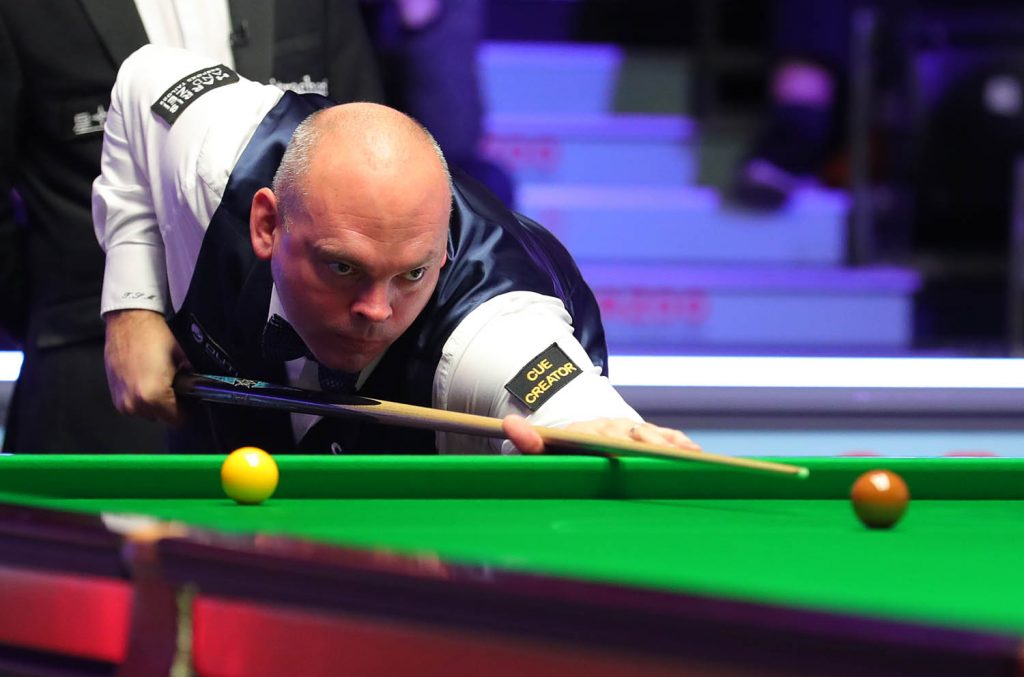 Stuart Bingham intends to learn from the example of John Higgins and improve his fitness to help his form, though he looked on top of his game in a 5-1 thrashing of Stephen Maguire at the Cazoo World Grand Prix.

Former World and Masters champion Bingham is into the semi-finals and, in a blockbuster Saturday night clash, will face Ronnie O’Sullivan, who saw off Jimmy Robertson 5-2. Tickets for that match at the Coventry Building Society Arena are still available – for details click here.

World number 14 Bingham has had a patchy start to the season but is now into the last four of a ranking event for the first time since the Betfred World Championship. The Essex cueman produced his best performance of the campaign so far as breaks of 53, 105 and 95 helped him to a 4-0 lead. Maguire pulled one back with a 139, the new front-runner for the £10,000 high break prize, but Bingham sealed the result in frame six.

Higgins lost four stone over the summer break and has since shown a high level of consistency, reaching four finals this season. Bingham, age 45, plans to emulate the Scot in order to improve his own health and level of performance.

“I have got a new sponsor called Stuart Lawson who is trying to get me fit,” he said. “My manager Gary has been trying to do that for 25 years and it has never happened! Stuart is putting a plan together. Maybe it will extend my career for an extra few years.

“He’s trying to get me a personal trainer. Christmas is around the corner so we are looking at the new year and putting me through my paces. John got to a point where he wasn’t happy with himself, he changed something and it has worked out perfectly for him. It can only help.”

Reflecting on today’s performance, Bingham added: “I have got stronger and stronger this week and I punished every mistake Stephen made today. I am trying to stay relaxed because before I was trying too hard. This week my practice game is coming out on the table. If you are not in the right frame of mind you can struggle with this game. After 26 years as a pro I am still finding it fun to try and work it out.

“It will be great to play Ronnie and test my game against his. If I play like I did today I’ve got every chance. Only a few players have still got an aura, and Ronnie is one of them. I played him in the Champion of Champions and I couldn’t believe how nervous I was. I’m sure the arena will be packed, every occasion playing him is special.” 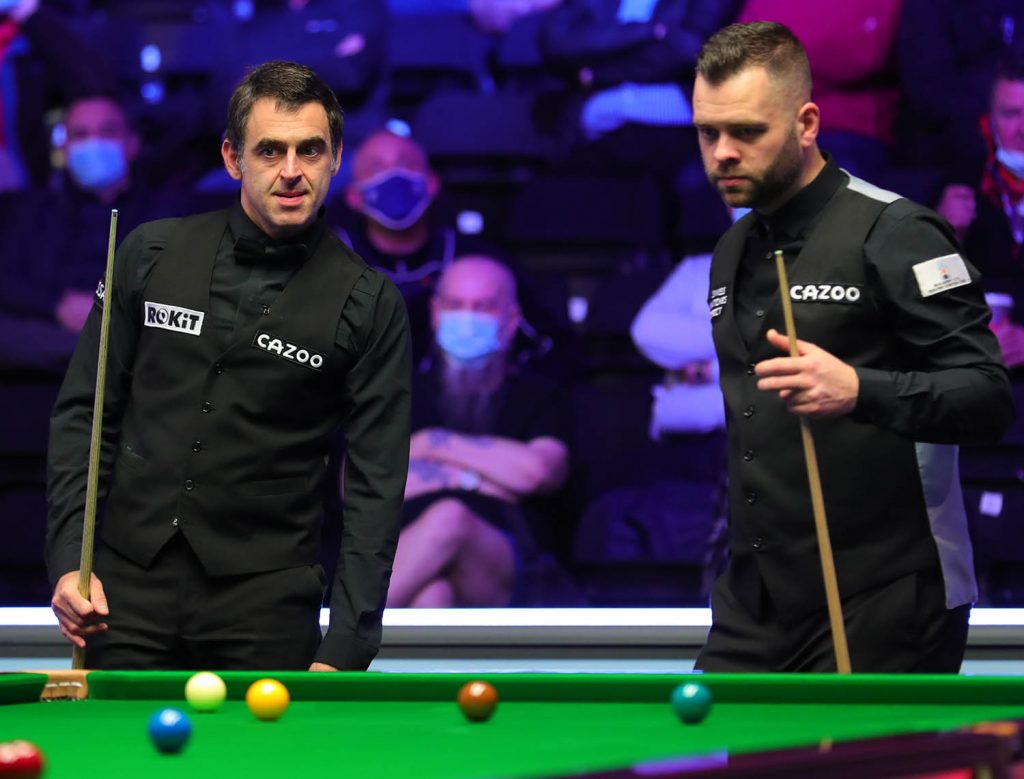 Jimmy Robertson looked dangerous in the early stages of today’s match against O’Sullivan and made breaks of 70 and 106 in sharing the first four frames 2-2. But after the interval he failed to score a point as six-time World Champion O’Sullivan rattled in breaks of 80, 12 and 68 to reach the 86th ranking event semi-final of his career.

“I’d rather lose in quarter and semi-finals and enjoy it than try to go deep and not enjoy it,” said O’Sullivan, who has not won a title since conquering the Crucible in August 2020. “Trophies mean nothing to me, I have got enough of them and nothing left to prove.

“I have been on this road trip of playing tournaments for four and a half weeks and my main aim at the start was not to crack up, and I haven’t. I feel as if I have really cruised through it. That was the main aim, lots of smiley faces and try to pick up a few ranking points along the way.”