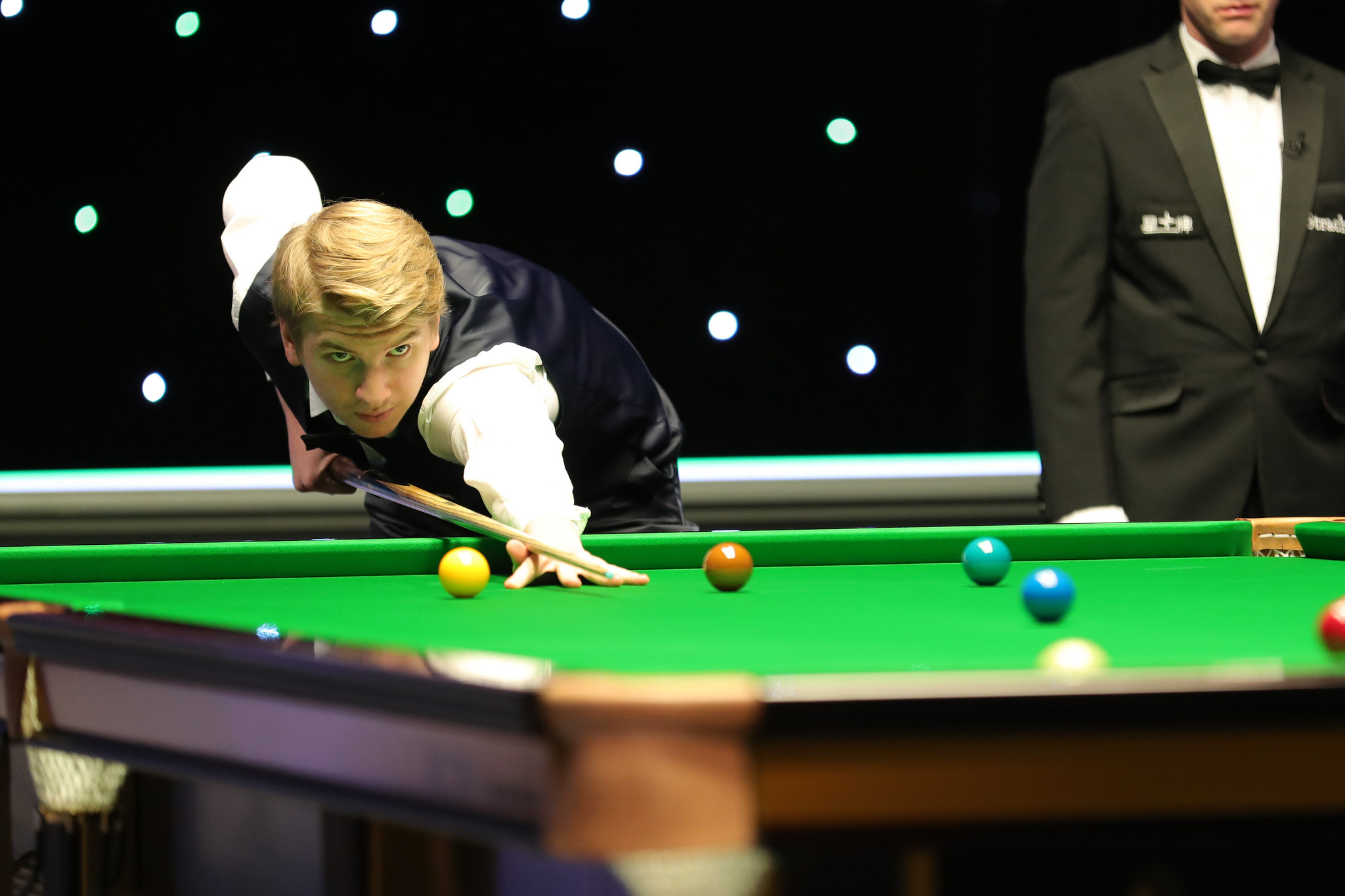 Ukrainian 16-year-old Iulian Boiko won his first ever Betfred World Championship match, defeating Cypriot Michael Georgiou 6-4 in the first round of qualifying at the English Institute of Sport.

Boiko became the youngest ever player to compete in the World Championship, when he made his debut back in 2020 at the age of 14. His first win in the event this year earns him a second round tie against David Grace on Friday.

He turned professional at the start of the 20/21 campaign after being runner-up at the WSF Open. Having spent two seasons on the circuit, he is likely to need to reach the Crucible to retain his tour card.

Boiko got off to a tremendous start this afternoon and led 4-1, before being pegged back. Former Shoot Out champion Georgiou took three on the bounce to draw level at 4-4. However, back-to-back breaks of 61 and 100 saw Boiko over the line in style.

Following the match, he said that he hoped the result would would act as some source of happiness for people in Ukraine, amid the horrific scenes with the ongoing war in his home country

Boiko said: “It has been very tough times for us with the war. I hope I made some people happier today. I think I have played a brilliant match. I am very happy to get the win and I hope I will have the momentum for the next round.

“The last frame was really very nervy for me. Michael had a couple of chances in the last frame and didn’t manage to get a good run. I was really nervous, but composed at the same time. It was one of my best breaks and it was my highest break on the main tour.”

Following his European title, Welshman Emery will be competing as a professional from next season. The 21-year-old showed his potential today and the comprehensive win earns him a second round tie with Gao Yang.

Jackson Page secured another impressive win for the Welsh contingent, thrashing Sean O’Sullivan 6-1 to progress. The 20-year-old fired in contributions of 103, 65, 69 and 68 during the rout. Page faces Ashley Carty up next.

Si Jiahui defeated Zak Surety 6-4 to book a second round tie with Jamie Clarke. Defeat for Surety sends him to Q School, while amateur Si will be on the professional tour next year by virtue of his recent win at the WSF Open.

China’s Lei Peifan made breaks of 74, 72 and 71 on his way to a 6-0 win over Liverpudlian Sean Maddocks. Next up for 18-year-old Lei is a second round meeting with Stuart Carrington, while Maddocks loses his professional status and will now head to Q School.