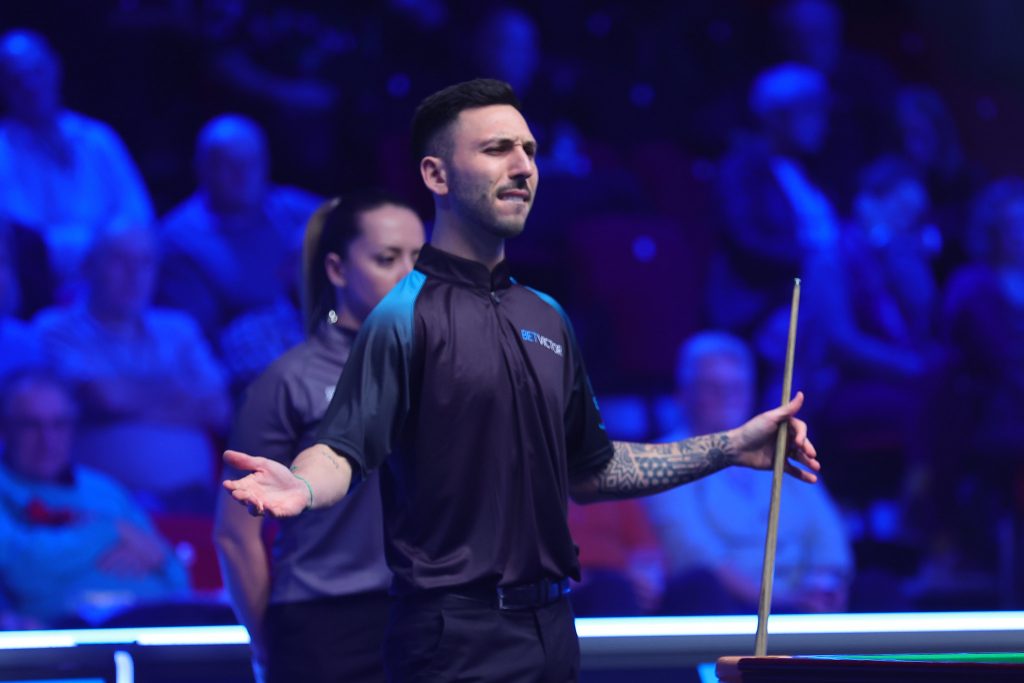 Victor Sarkis is living his dream by playing on the World Snooker Tour, and scored his first win by beating Mark Joyce to reach the second round of the BetVictor Shoot Out in Leicester.

Sarkis, known as Vitinho in his native Brazil, won the Pan-American Championship in 2021 to earn a tour card. The 31-year-old wasn’t able to make it to the UK until late 2022 but is now playing in every tournament and the charismatic cueman was thrilled to beat Joyce 18-14 in a low-scoring frame and earn a place in the last 64.

“I really enjoyed it and I’m very excited to play again on Friday,” said Sarkis, who now lives in Darlington. “I really like the atmosphere with a lot of noise, I am comfortable with it. I used to look at the TV or YouTube when I lived in Brazil, and see Stephen Hendry, Ronnie O’Sullivan or Mark Williams. Three months ago I was flying to England to dream my big dream, and now I’m here. In my first match, I was playing Xiao Guodong. I looked at the WST logo and it was real. Now I’m really enjoying it and I want to get more experience and share that with my friends in Brazil.”

In the most dramatic finish of the opening day, Jack Lisowski trailed Mark Allen 22-29 with just 30 seconds on the clock, but knocked in a long red then potted blue, red and black to snatch victory as the clock ticked to zero.

Ken Doherty got the better of Stephen Maguire in a battle between two players with six ranking events apiece. Jimmy White was knocked out by Adam Duffy while former Shoot Out champion Barry Hawkins was beaten by Jackson Page.

First round action resumes at 1pm on Friday.