Brecel – I’m Not Afraid To Win

Luca Brecel believes he is playing well enough to win the Cazoo UK Championship as he whitewashed Stephen Maguire 6-0 to reach the last 16.

Brecel’s highest break in the match was just 50 but he did enough to dominate his opponent and win six frames without reply. He goes through to the fourth round to face Anthony Hamilton on Thursday. Defeat for Maguire means that 11 of the world’s top 13 players have been knocked out in York.

Brecel’s only ranking title came at the 2017 China Championship

It’s nine years since Brecel reached the quarter-finals of this event as a 17-year-old prodigy, and the Belgian ace insists he is a far better player now having improved his safety and shot selection.

“It’s unbelievable to win 6-0 tonight,” said world number 40 Brecel. “There were not many big breaks but I potted a lot of good balls towards the end of frames and got him in snookers. Stephen missed a few easy ones.

“I am a very different player now to what I was nine years ago. The way I prepare for tournaments is so different. I am only 26 but I have got so much experience at this level, it’s crazy. I’ve got 20 years now to fulfil my full potential. I try to look at other players like Neil Robertson and learn from them in terms of being disciplined and professional. In the past I went to for too many shots, now I use my safety game more.”

Asked if he is playing well enough to win the £200,000 top prize this week, Brecel added: “Definitely. The one thing I have is that I am not afraid to win when I am under pressure and I have to make a clearance. I have got a lot of bottle and that’s what you need to win a tournament.” 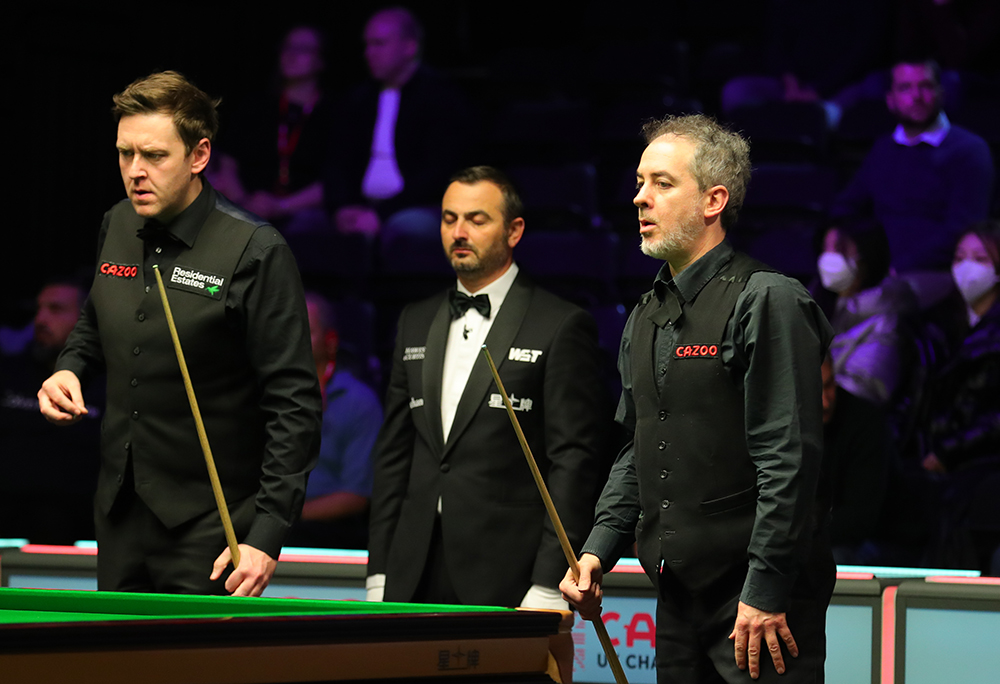 Hamilton felt he “behaved like a spoilt brat” against Ricky Walden but he came through 6-4 to reach the last 16 of this event for the first time since 1999. Veteran Hamilton, age 50, came from 4-2 down to score a gritty victory. The tenth frame came down to a respotted black and after a long safety exchange, Walden had a golden chance to make it 5-5, but missed a short range pot to a centre pocket. Hamilton converted a thin cut on the black to the same pocket to secure the result.

“It’s a relief to win but the standard was so bad,” admitted Hamilton. “I couldn’t play, but luckily for me Ricky was a bit worse. We are playing for big money and pride. I let my problems get to me, I’d had enough of it. I behaved like a spoilt brat which was disappointing. At least I can try to redeem myself in the next round. I’m looking forward to playing Luca, he’s exciting and plays unusual shots. It would be great for snooker if he was winning tournaments.”

Iran’s top player Hossein Vafaei continued his fine run as he beat Xiao Guodong 6-2 with a top break of 69.  World number 63 Vafaei is through to the last 16 of a Triple Crown event for the first time and now meets Jack Lisowski.