Jordan Brown beat Zak Surety 6-3 in the final qualifying round of the Cazoo UK Championship and will now meet closest friend Mark Allen in a professional match for the first time.

Just a few minutes after Brown had won his Judgement Day battle with Surety, he was pitched against fellow Northern Irishman and practice partner Allen in the random draw for the last 32. They will meet on Saturday afternoon at the York Barbican – for the first round match schedule click here. 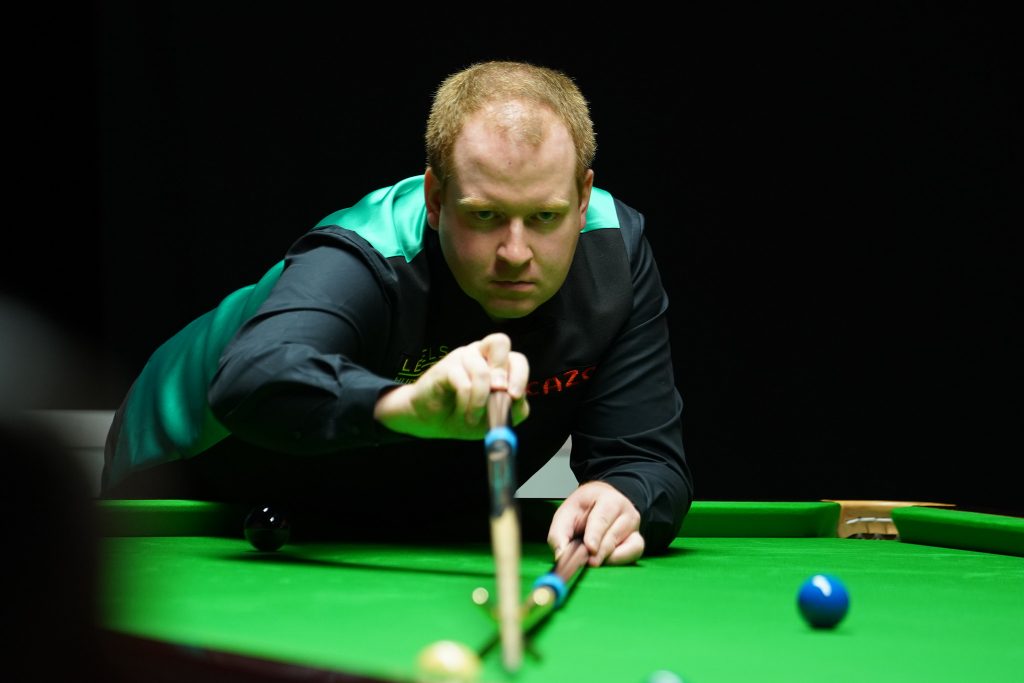 “That’s the luck of the draw, it had to happen some time,” said Brown, who is in his sixth season on the tour but has never faced Allen in a pro event before. “There will be a bit of stick between us over the next couple of days. But we’ll both want to beat each other, we will be professional and get on with it.”

Brown, who won the Welsh Open in 2021, compiled breaks of 71, 89, 50 and 54 today. He added: “It’s so tough out there. I put myself under pressure. These are big matches, these are the events you want to be doing well in. I’m a big fan of York, the Barbican is my favourite venue apart from the Crucible. It will be really special with just two tables and a big crowd, that’s what we play for.”

Joe Perry and Neil Robertson will also have to put their friendship aside when they go head to head on the table on Sunday. Perry produced what he described as his best performance since winning the Welsh Open last March as he whitewashed Graeme Dott 6-0 with top breaks of 86, 102, 134 and 77.

“I was terrible in my first match here against Yuan Sijun, I was so luck to win 6-5,” admitted Perry, who failed to score a break over 50 in that match. “It was only my experience that got me through. I went home and had a few hours on my own table, I found something that work and played really well today.”

David Gilbert is currently 17th in the race to the Cazoo Masters so a deep run in York could earn him a place at Alexandra Palace in January. He thumped Mark King 6-0 today with top breaks of 56, 62, 60 and 66.

Three-time UK Champion Ding Junhui booked his return to York – where he lifted the trophy in 2005 and 2019 – with a 6-4 defeat of Robert Milkins. “I missed a good chance to win 6-3 and then I was worried because Robert is always a dangerous player,” said China’s Ding. “It has been a long time since I won anything, I don’t know what has happened. I am focussing on practice but then during a match, sometimes it works and sometimes it doesn’t.”