Captain Progresses At The Palace 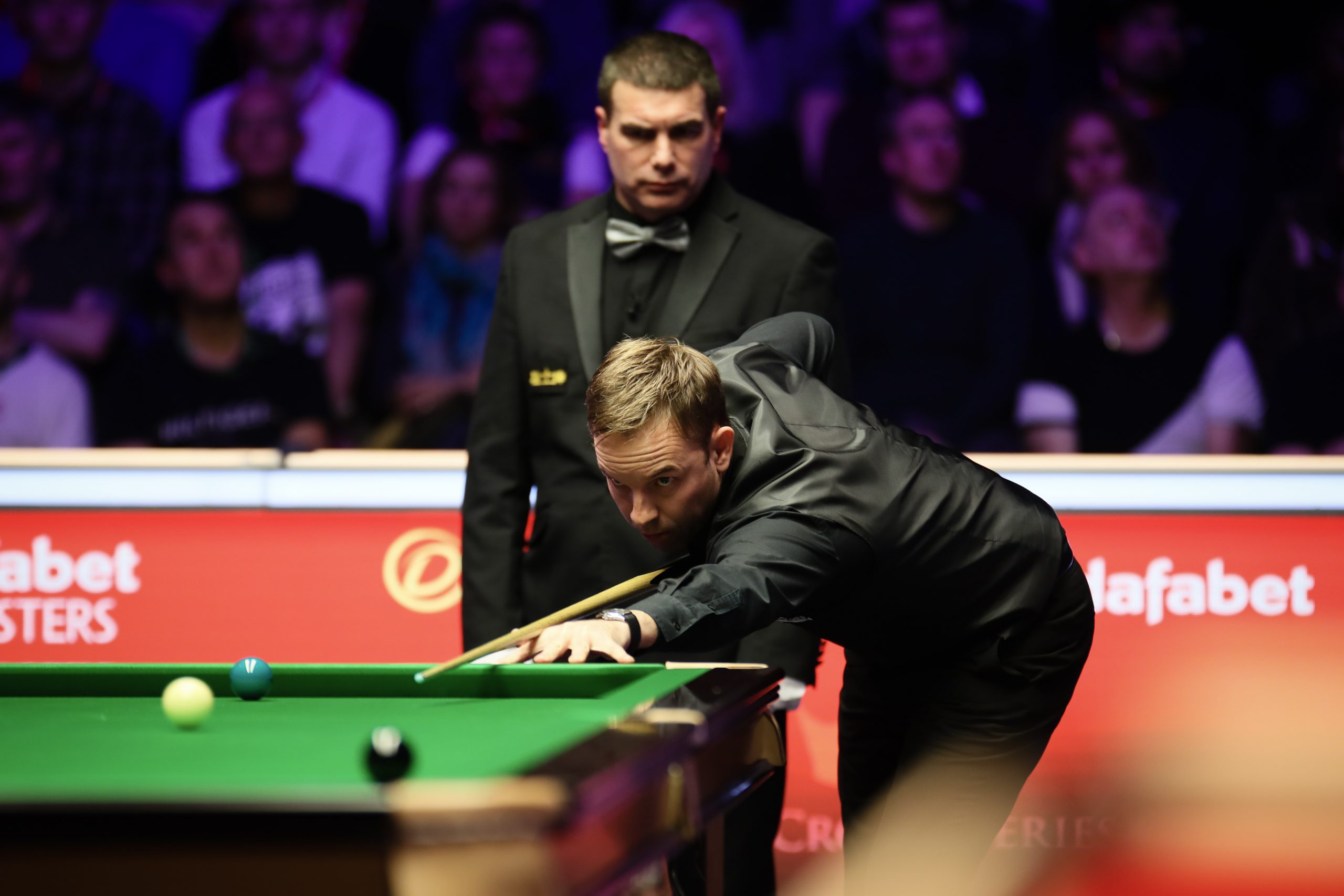 Essex cueman Carter has never been beyond the quarter-final stage at the Masters, but will now compete in the last eight for a third time, when he faces either John Higgins or Barry Hawkins.

Carter earned his place in this week’s event by the narrowest of margins. Despite being ranked 17th in the world, he qualified after Ronnie O’Sullivan withdrew from the tournament.

Selby has won the Masters on three occasions, only Stephen Hendry and Ronnie O’Sullivan have won more. However, in recent years the Jester from Leicester has struggled in the event. Since 2015 he has only won three matches at Alexandra Palace and has failed to go beyond the second round.

Carter imposed himself on proceedings in the early stages this evening. A typically gritty opening frame saw him come from requiring two snookers to steal on the final black.

The Captain then claimed the second frame to establish an early 2-0 advantage. Selby pulled one back, but it was Carter who took the final frame before the mid-session interval to lead 3-1.

There was a dramatic frame when they returned, in which Carter appeared to be in the ascendency, but he broke down on a run of 61. Selby then produced a superb clearance of 74 to snatch the frame on the black. Selby clenched his fist in celebration as he kept himself in contention at 3-2.

Runs of 56 and 94 from Selby then saw him take the lead for the first time in the tie at 4-3. However, Carter refused to wilt and restored parity with a fine break of 82. He then moved one from victory at 5-4 and didn’t hesitate at the finishing line, securing victory with a contribution of 68.

Afterwards Carter cited Selby’s celebration in the fifth frame as a motivating factor on his way to victory.

“It did fire me up, big time. I don’t like any of that. He was looking at all of his followers in the crowd and gave it the fist. That was a little knife in the heart,” said 40-year-old Carter. “I am delighted to win. The closer I got to the finishing line the more focussed I got and the easier I found it, so that is a good sign.

“I felt like I didn’t play well before the interval and I was 3-1 up. All of a sudden after the break I ran out of position and before I knew it I was 4-3 behind. I thought I might have missed the boat, but I dug in and I’m really pleased to win.”

It spurred @TheCaptain147 on to a 6-4 first round win #DafabetMasters pic.twitter.com/5AF1cEe1qS 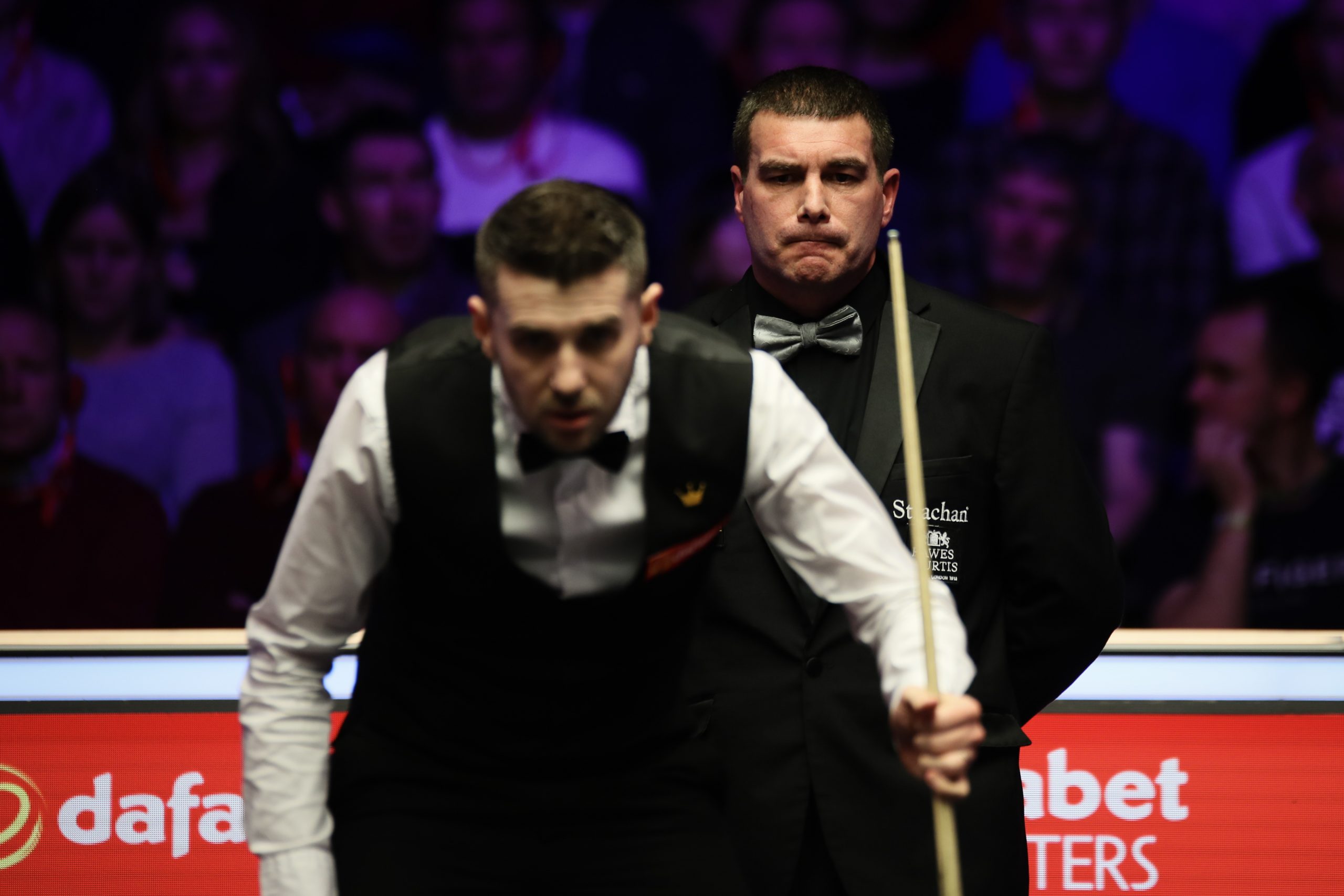 On his celebration following the fifth frame Selby said: “It was a big frame. If I was in that position and 3-1 up, I am sure he would have done it to me. It is a big tournament and you see it in other sports, so why not in snooker? It was nothing against Ali, I just knew that if I went 4-1 down I was massively up against it.

“The first frame was possibly a little turning point. I should have just potted the yellow and been 1-0 up, but after that the game never forgives you and it didn’t up until the interval. After that I felt really strong. At 4-3 up I had a blue into the pack and if I land on a ball I go 5-3 ahead and I think I win the match. After that I didn’t really get a chance.”