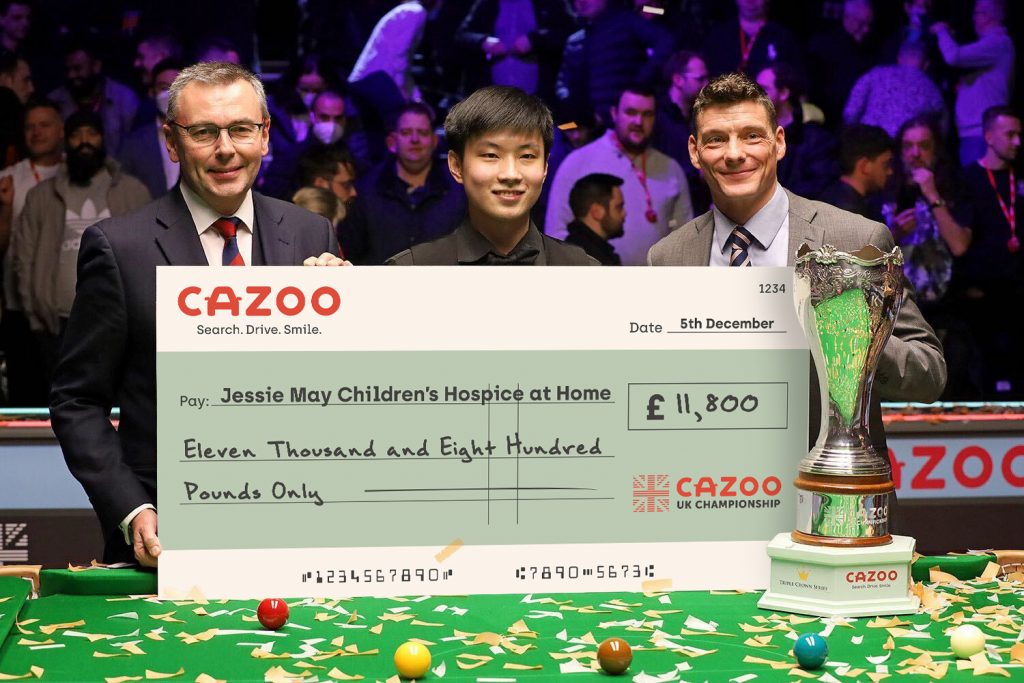 Throughout the Cazoo UK Championship, every century break meant a donation of £100 from Cazoo to our official charity partner, Jessie May Children’s Hospice at Home.

In total, 118 centuries were made across the two-week event in York. After the final, champion Zhao Xintong joined Cazoo Head of Sponsorship Mike Mainwaring to present a cheque for £11,800 to WPBSA Chairman Jason Ferguson, on behalf of Jessie May.

Earlier this year, Cazoo donated £5,300 following two of their sponsored events, so the total now stands at £17,100.

The £100 per century donation will continue at the Cazoo World Grand Prix, Cazoo Masters, Cazoo Players Championship and Cazoo Tour Championship, until the target of £25,000 is reached.

Jessie May is a Bristol-based charity providing nursing care at home for children and young people with life limiting conditions who are not expected to live beyond the age of 19. To find out more, visit jessiemay.org.uk