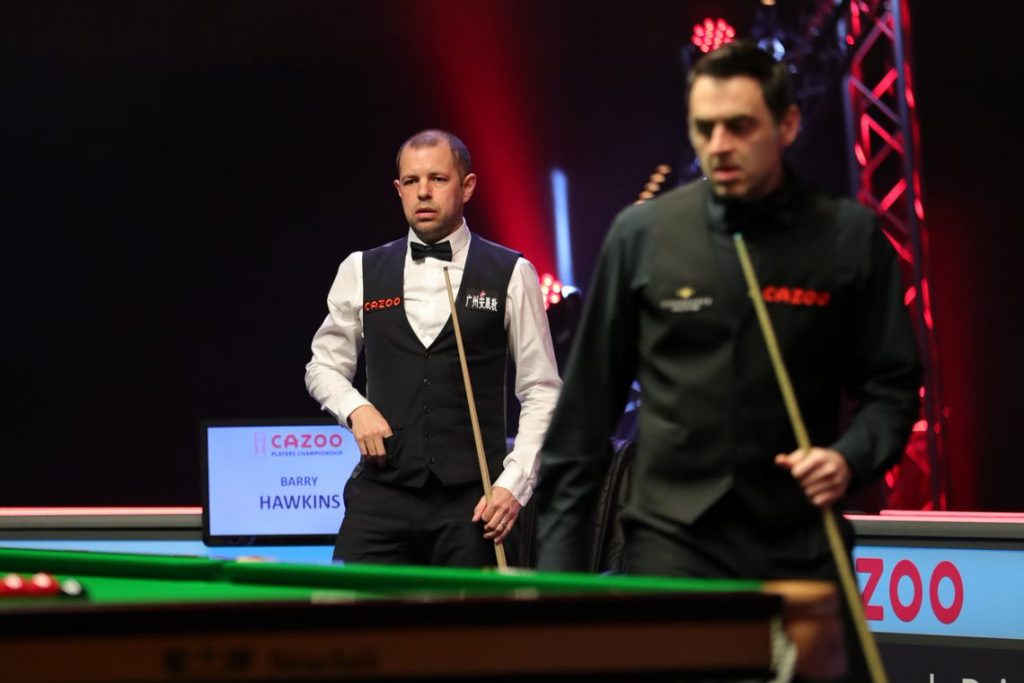 Barry Hawkins’ performance in the WST Pro Series on Friday secured his place in next week’s Cazoo Tour Championship at the Celtic Manor Resort.

If Hawkins had finished sixth or lower in today’s group, that would have opened the door for Zhou Yuelong, who could have climbed into the top eight of the one-year ranking list by winning the WST Pro Series.

However, by finishing third, Hawkins has assured himself of a spot in next week’s £380,000 world ranking event in South Wales. The field is:

However, this seeding order could change depending on the results of Lisowski and Wilson in the WST Pro Series final group on Sunday. They both have the chance to move above O’Sullivan.

Therefore the final draw and format for the Cazoo Tour Championship will not be confirmed until Sunday evening.

Running from Monday March 22 to Monday March 28, the Cazoo Tour Championship will be televised on ITV4 and other broadcasters worldwide, for details click here.