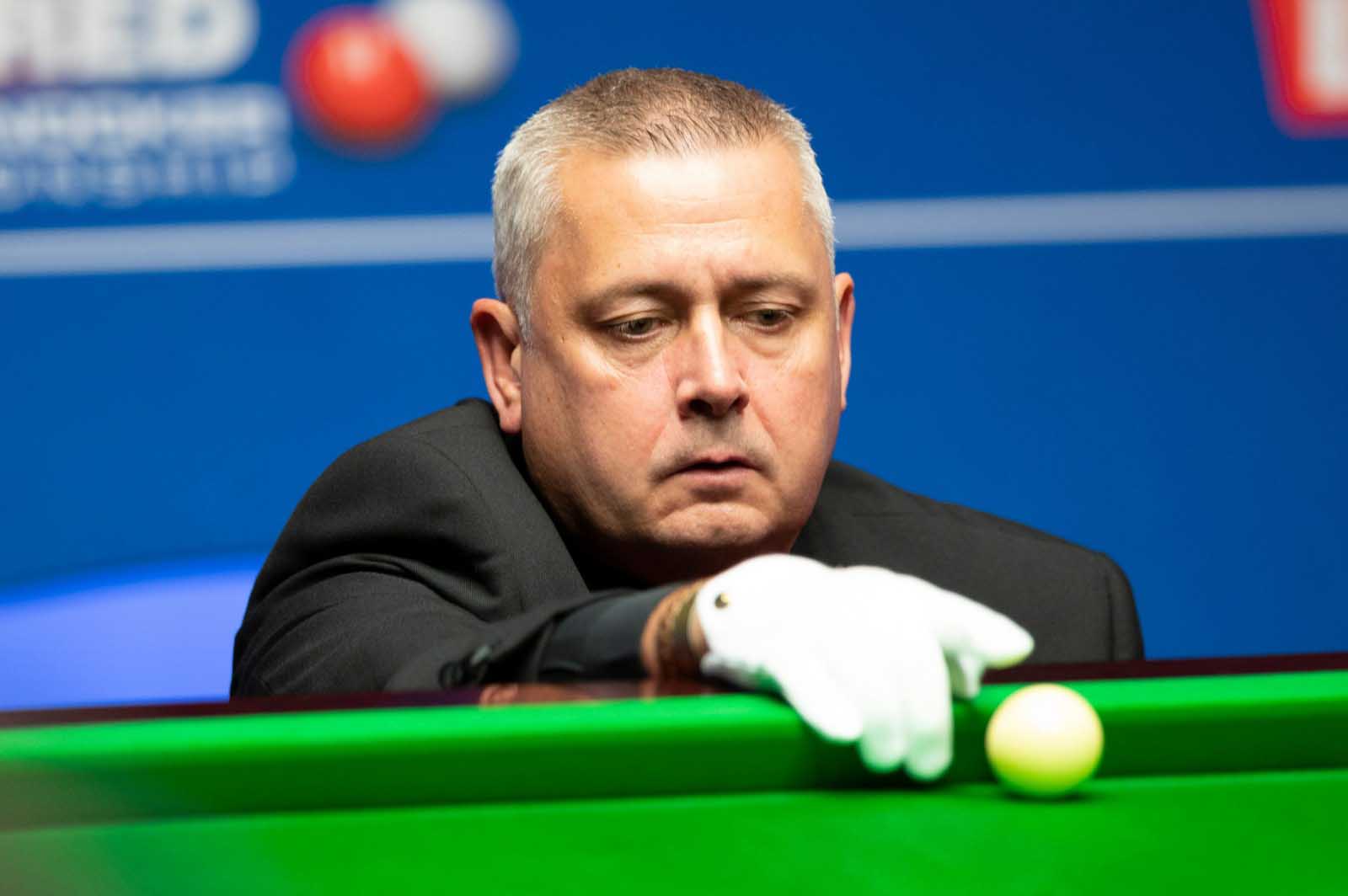 Top referee Paul Collier will take charge of snooker’s biggest match for the third time this year, when he oversees the Betfred World Championship final.

Welshman Collier became the youngest ever person to referee snooker’s biggest match in 2004, at the age of 33. That record stood until last year, when Germany’s Marcel Eckardt refereed the world final aged 30.

Collier’s involvement in the snooker circuit now extends beyond just the donning the white gloves. The Welshman works full-time on the World Snooker Tour and when he isn’t out in the middle as a referee, he is behind the scenes as part of a team of Tournament Directors.

Collier is on Tournament Director duty this week at the English Institute of Sport for Crucible qualifying and will be then turning his attention to refereeing duties at the Theatre of Dreams.

Collier said: “It’s very special. I’d heard a couple of rumours about it a few weeks ago, I hadn’t really thought about who was going to do it this year. When I got the second one it was nice to get out of a group of very good referees who had only done one world final. To now be in a rather more exclusive club of three is brilliant.

“We’ve not lost a lot of work this year, luckily, from a snooker point of view, thanks to all the hard work behind the scenes. I’ve probably done more refereeing this year than the last two or three put together. I feel I’m ready for a world final because of all the groundwork I’ve put in. It has come at a good time.

“It’s amazing. It is what everybody wants. Of all the referees who work at a professional level, it is probably just five percent that get to do a world final. I still get the bug. I have often said that if I didn’t get nervous backstage it would probably be time to call it a day. If it doesn’t get you that way then you wouldn’t be fired up or have the right frame of mind.”