Snooker’s flying Dutchman
Jan Verhaas became the first non-Briton to referee the World Championship final when he donned the white gloves at the Crucible Theatre in 2003. 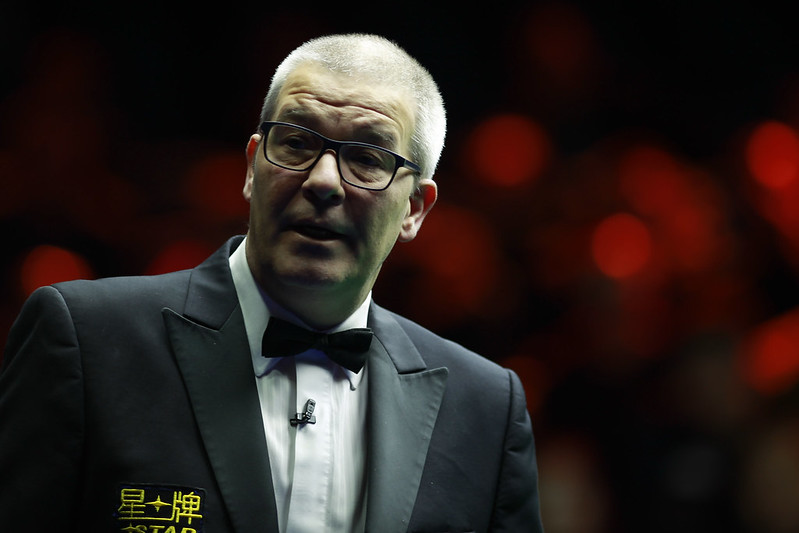 The Dutchman described the world final as “the pinnacle of a referee’s career.” He has now taken charge of six world finals including 2017. Verhaas, whose suave demeanour earned him the nickname ‘James Bond’ from fans at 2002 China Open, first refereed in local tournaments and pro-ams at a club in Rotterdam.

Highest break: 78 – never got near it before or since.

Most embarrassing moment: Oversleeping twice in one day before a Premier League match at Cleethorpes.

If you weren’t a referee what would you do: I’d probably still be working as a process operator for Shell Chemicals.

Which is the toughest rule to apply: The push shot is very difficult to judge. I normally go off the honesty of the players.

What do you carry in your pockets: Two ball markers, pen and coin (two and half gilders).

Where do you get your gloves: From fellow referee Olivier Marteel. I would normally use six pairs per season.

Interests: Playing tennis and darts and I am a general sports watcher on TV.

The darling of Dublin ❤️ https://t.co/FPkCVFhGqo