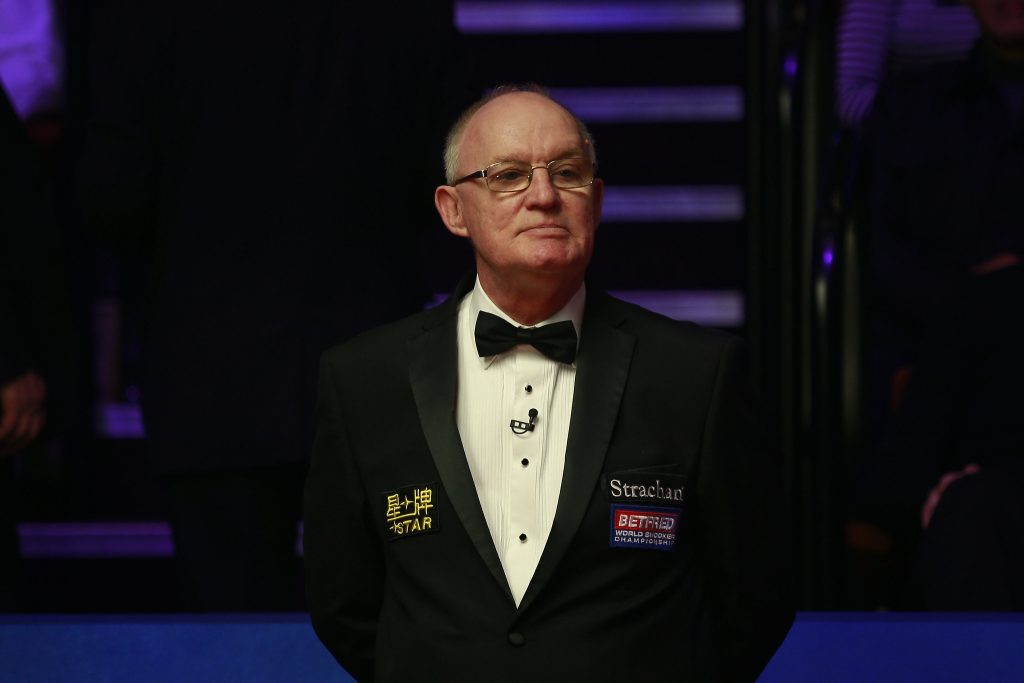 Leo Scullion is one of snooker’s top referees and has taken charge of several major finals, including the 2019 World Championship final at the Crucible.

First pro match: It was 1999 during the days of the old Challenge Tour but I can’t remember who the players were. My first TV match was Stephen Lee v Patrick Wallace at the Regal Masters.

Most memorable match: There have been many over the years. The 2017 Scottish Open final won by Neil Robertson against Cao Yupeng was great and the 2018 World Championship semi-final between Barry Hawkins and Mark Williams was an amazing match.

Most embarrassing moment: A match between Ken Doherty and Ian McCulloch in Aberdeen. We walked through the curtain only to find that I had forgotten to set up the table.

If you weren’t a referee what would you do: Anything which allowed me time with my family.

Which is the toughest rule to apply: The simultaneous hit.

What do you carry in your pocket: Two ball markers: one blue, one black. A £5 coin because it’s large and easy to handle, a pen and a small cloth to keep the spectacles clean.

Where do you get your gloves: I will often use Dents gloves from Slaters menswear, but I was given a few pairs from one of my Chinese colleagues which were very good.

Interests: Playing golf, sport on TV, Indian food. I have recently discovered poker and play with other refs. I still try and play snooker when time permits.

Well said Tatiana. Its been amazing all week. https://t.co/zioJX1vZov
x