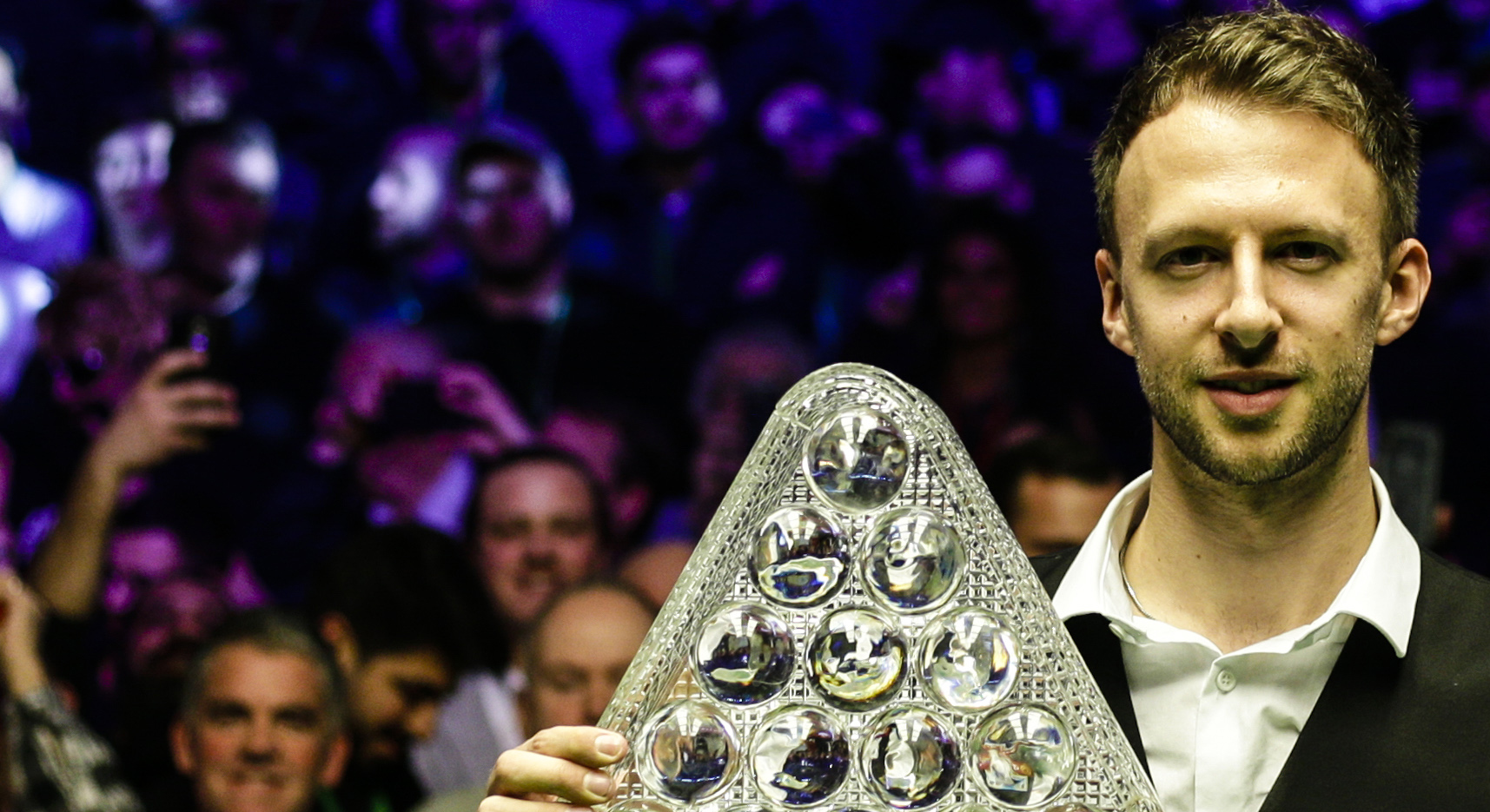 The 2020 Dafabet Masters kicks off this afternoon at Alexandra Palace with 16 of the world’s elite players battling it out for record prize money, which includes a top prize of £250,000.

We’ve caught up with five of the players, including defending champion and world number one Judd Trump, to find out their thoughts ahead of the second of this season’s Triple Crown events.

Faces Shaun Murphy on Tuesday at 1pm in one of the ties of the first round. Trump lifted the Paul Hunter Trophy last year, beating Ronnie O’Sullivan 10-4 in the final.

“I was playing well for the whole event last year, I did it from the very start of the tournament. I had a tough draw and beat a lot of good players. That kickstarted something inside of me and I went on to win the World Championship. The Masters is always special, it is the best atmosphere of the season and something I get very excited for.

“I am just enjoying being the flagbearer and enjoying my time at the top. I want to try and stay there for as long as possible. Mark Selby was world number one for a long period of time and I am hoping to do the same. I want to enjoy my snooker and I have been for the last couple of seasons, that has been something I have been trying to do and it’s one of the main reasons why I am able to play my best on the biggest stages.

“Shaun had an amazing start to the season. He has gone off a little bit off the radar, but he is always dangerous. He plays such an attacking game, so when he plays well then you might not even have a chance. Hopefully he doesn’t play his best, my safety is going to have to be very good from the get go. It should be an exciting and heavy scoring game.”

Plays UK Champion Ding Junhui in this afternoon’s opening match of the tournament. He lost 10-7 to Ronnie O’Sullivan in the 2017 Dafabet Masters final.

“I’m looking forward to it. I missed the lasts two years, so I did start to wonder if I would ever get to play at Alexandra Palace again. The last time I was there I had a great experience in reaching the final.

“It was one of the highlights of my career. Walking out in front of all of those people, against Ronnie in a big final was amazing. It sounds odd to say it was down to a lack of experience, because of how old I am, but the experience in big finals was probably what cost me. I possibly could have won that. All in all I was really proud of the week I had.

“I’ve always watched the opening game on TV. It looks like a special atmosphere and it will be a packed crowd. I am really looking forward to it.”

Plays Stuart Bingham on Wednesday evening in the last first round match. Williams won one of the greatest ever Masters finals against Stephen Hendry in 1998, claiming the title 10-9 on a re-spotted black in the decider.

“I’ve played a few matches in the Championship League this month to get a bit of match practise. Otherwise I probably wouldn’t have picked up my cue. I am looking forward to it. This is one of the best tournaments we play in, it is an invitational with big prize money and prestigious. You just have to enjoy it as you don’t know how many more times you’ll get back there.

“I remember clearing up to take the 1998 final to a re-spot. Every part of my body was shaking. There were 2000 people there and the atmosphere was unbelievable. To go down to a re-spotted black made it a match I’ll never forget. I don’t think many people will forget it. You had to be there to feel the atmosphere. When I look back I think my arm nearly came out of my socket when I potted the black at the end.”

“It is something that I never thought I would see. To get myself in the top 16 and play in the Masters is fantastic. I’ve played a big final at the German Masters in front of 2,500 people. I obviously got to the semi-finals at the Crucible as well in the one-table setup, I did alright in that. Hopefully I can get a frame on the board early and settle. I am certainly looking forward to it and expect to be nervous at the same time.

“I am going to be the underdog in any game at the Masters. If I can get into the game early on I certainly think I can win. I am going to have to play well. Mark is a brilliant player and he has won the tournament before, so he knows what it is all about. I am just hoping for a good game.” 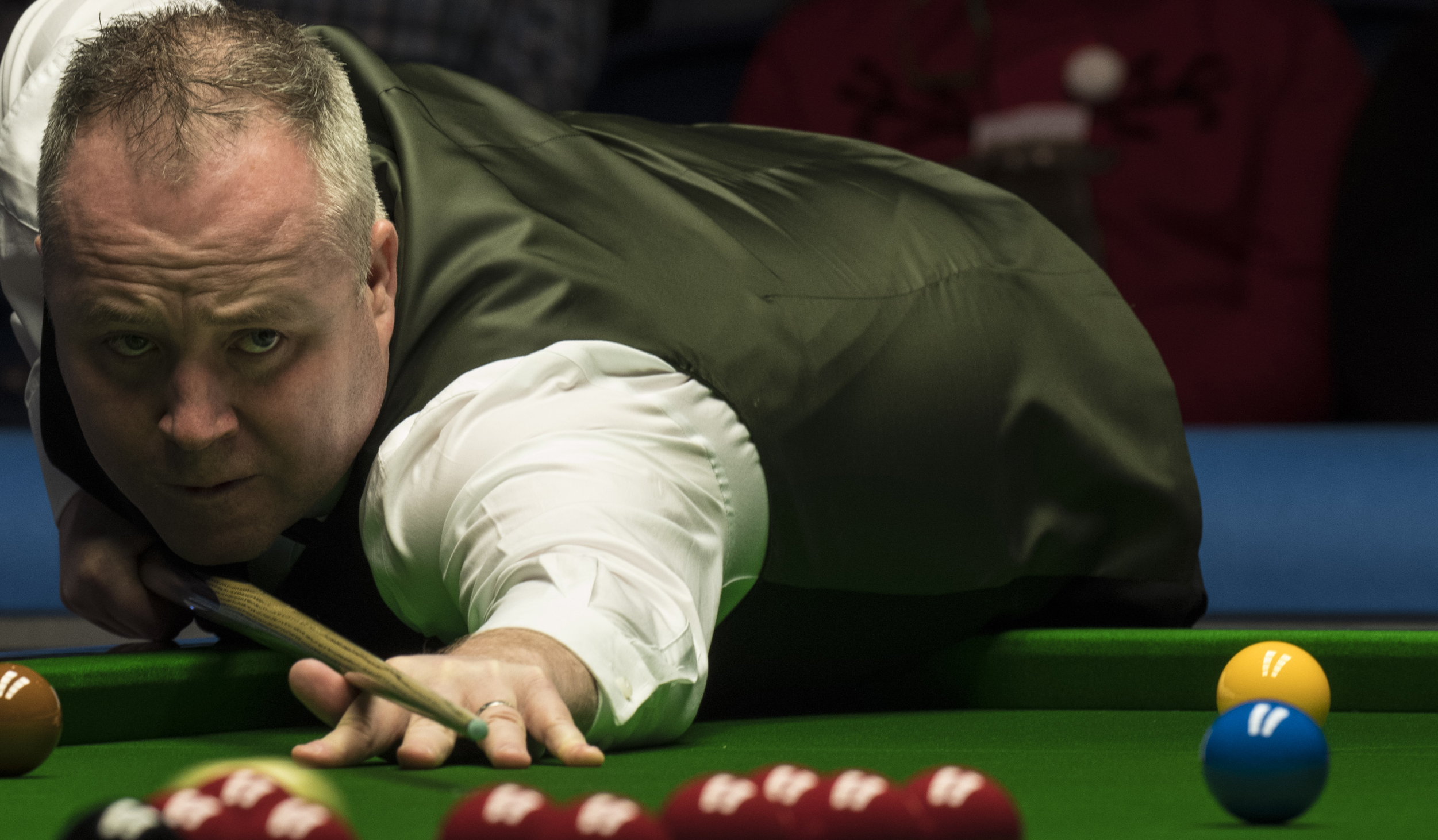 Plays Barry Hawkins on Monday night. Higgins is a two-time winner of the event and is making his 26th consecutive appearance this week. He defeated Ronnie O’Sullivan 10-9 in one of the greatest ever finals in 2006.

“I think my mentality has changed recently, because I am enjoying not practising in the house. I was playing for a couple of years at home and it was getting me down mentally. Now I get up in the morning with a purpose. I get the kids off to school and then I am in the unit I have with Anthony McGill and Stephen Maguire. Sometimes Graeme Dott or Alan McManus come over for a game as well. It is good to get out of the house and get back to what I was doing in the early part of my career.

“I played Ronnie in a couple of finals before 2006 and got absolutely smashed by him. It was good to get a little bit of revenge. It was nice it was the final time we played at the Wembley Conference Centre and to make a decent clearance at the end to win. It is always shown when you look back at the Masters and I am proud that it could go down in history as one of the good endings of the event.

“It is always hard playing Barry. He had a little bit of a tough spell at the end of last year, but he always seems to turn it around. He will be going into the second half of the season looking forward to the big events coming. Everyone knows he has a good record at the Crucible and he has had some good runs at Alexandra Palace in the Masters. Whenever you play him it is a great game to be involved in.”