Amateur Paul Deaville says he can’t wait to face his ‘idol’ Mark Williams at the BetVictor English Open in November. 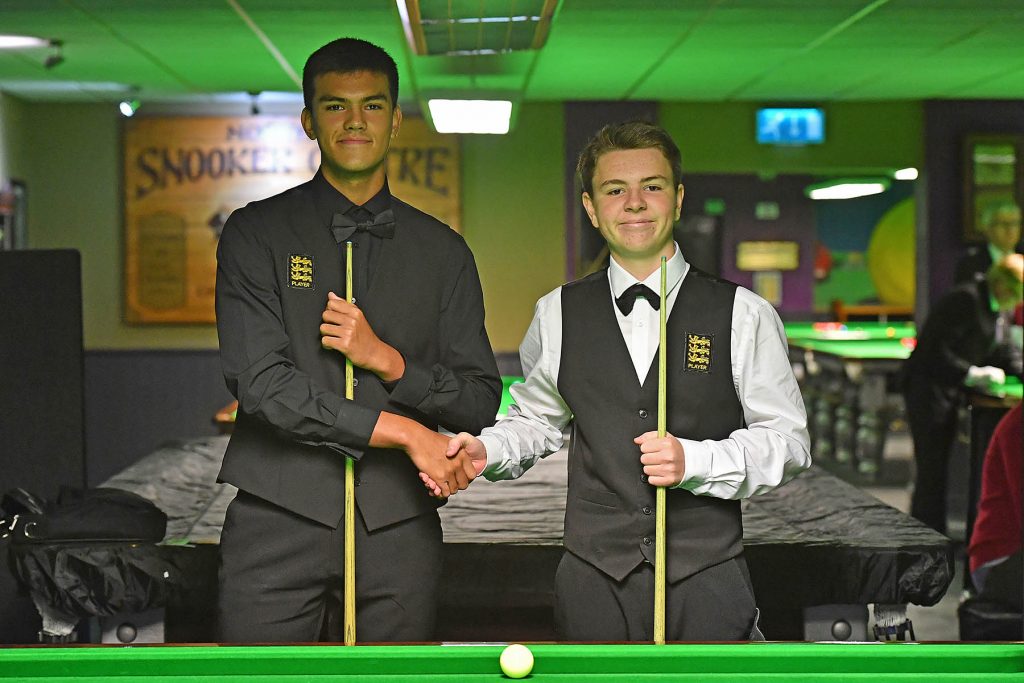 Deaville is one of two players nominated by the English Partnership for Snooker and Billiards to play in the world ranking event which runs from November 1-7 in Milton Keynes.

And when the draw came out last week, Deaville saw his name lined up against new British Open champion Williams.

It means the 16-year-old from Liverpool, who won the English Under-16 Championship at the beginning of August, is preparing for the biggest match of his career in just a matter of weeks.

“It’s a lot to think about,” admitted Deaville. “It’s just hit me, the occasion and who I’ll be playing. After I won the English Under-14s title in 2018, I was interviewed and asked who my idol was – I said Mark Williams. It’s a dream come true.”

Back then a game with the Welshman was an aspiration, now it’s a reality.

However, for all of Williams’ 24 ranking titles and three World Championship wins, the first two of which coming before Deaville was even born, the youngster will treat this game like any other.

“I was so excited to know the draw, but once I found out I was straight back to the practice tables. I don’t want to put too much emphasis on it or pressure on myself, I just want to play a good game and see how I fare,” said Deaville.

“Everyone around me was absolutely delighted to hear about the draw. My family and friends keep me grounded, focused and I don’t get distracted from what I’m trying to do.

“I’m just really looking forward to the whole atmosphere because I’ve not been to a professional event before and seen what it’s like to be a player on tour.

“I’d like to speak to Mark afterwards, talk about how he’s stayed there for so many years and how he prepares for big games and prepares himself mentally. I’m new but he’s used to it so it’s a really valuable experience.”

It won’t just be Deaville representing the EPSB at the event. Oliver Sykes, his opponent from the Under-16 final a few weeks ago, will play Allan Taylor.

“I’m so grateful to the EPSB for chances like this, because it’s good to showcase what we can do,” added Deaville. “I know the standard of this senior level, so it’s a chance to prove to yourself and others what you can do. I hope Oliver does well also, it’s a great opportunity for us.”

Beyond the tie with Williams, the Blackpool-born hopeful wishes to turn pro eventually. He played in Q School in 2020 and failed to win a game but gained valuable experience.

He said: “These events are very important, because without them you can’t forge a career in the professional game. It’s good to play on a national level, to push yourself and use it to prepare for going pro.”

Tickets for the BetVictor English Open are on sale now, with the likes of Ronnie O’Sullivan, Judd Trump, Mark Selby and many others in the field – for ticket details CLICK HERE