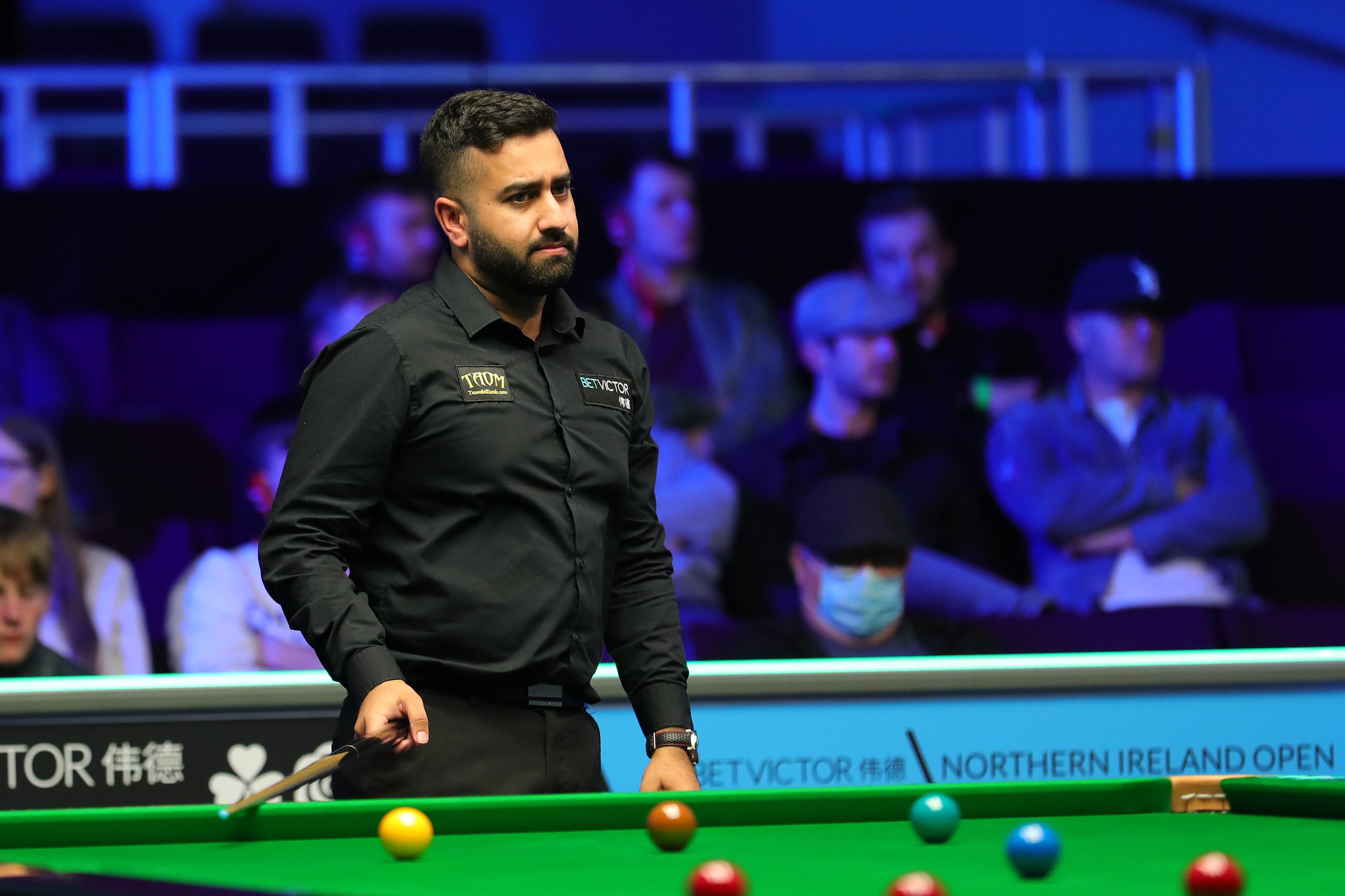 Farakh Ajaib says his stunning win over Mark Allen at BetVictor European Masters Qualifying has encouraged him to put in all of the hours to earn a return to the World Snooker Tour.

Ajaib is currently competing as an amateur, due to losing his professional status at the end of last season. He was given a late call up to step in for the recent qualifying event as a top up and staged the biggest shock of the tournament thus far, to defeat former Masters champion Allen 5-3. That earned him a trip to Furth in Germany next month for the final stages.

Following Ajaib’s exit from the professional circuit, it was his intention to take some time away from the game. However, he is now fully focussed on getting back on tour.

Ajaib said: “It was a last minute call up for me, so I wasn’t practising until a week beforehand. It all came as a bit of a shock, but in some ways I think that took a little bit of the pressure off. It was certainly the biggest win of my career so far. I am absolutely delighted. I know as long as I play how I can, I have a chance even against the big names. Thankfully I managed to do that in this match.

“Before I played Mark I thought I was going to take six months off and hopefully be ready for Q School. That has all changed now. I really want to get on tour and I will play more to make sure I can get back on. I can’t wait to go over to Furth. It is a great place and it is always a great atmosphere out there.”

Ajaib struggled during his first two seasons as a professional, earning just nine match wins. However, he now reflects on that experience as one where nerves prevented him from playing his natural game. The experience of facing Allen as an amateur has, in his opinion, allowed him to play freely from the shackles of pressure. Now Ajaib is keen to pursue a more positive brand of snooker.

“Everyone on tour scores heavily now. You don’t get an easy ride, whether it is Mark Allen or the world number 128. My long game was quite good in that match and I think that was what helped me and got me over the line in the end. I went for my shots all match and decided I wasn’t going to turn anything down. I played to my strengths. I didn’t play my game when I was on tour. I should have stuck to going for things, I feel I can out pot anyone.”

Away from snooker Ajaib works part time in his family’s butchery business, which is based just outside of Accrington in Nelson. Although that provides Ajaib with a place to work when he isn’t able to compete, he is keen to make a success of his snooker career and pursue that avenue instead.

“I’m doing a couple of days a week in the butcher business and the rest of my time I am getting in a bit of practice. I work behind the counter and as a butcher cutting meat. I enjoy doing it in bits, but I don’t want to be doing it full time. I want to make a success of the snooker. It is a family business which has been running for 30 years, my dad started it when he moved over from Pakistan. It is great that it is still running after all this time.”