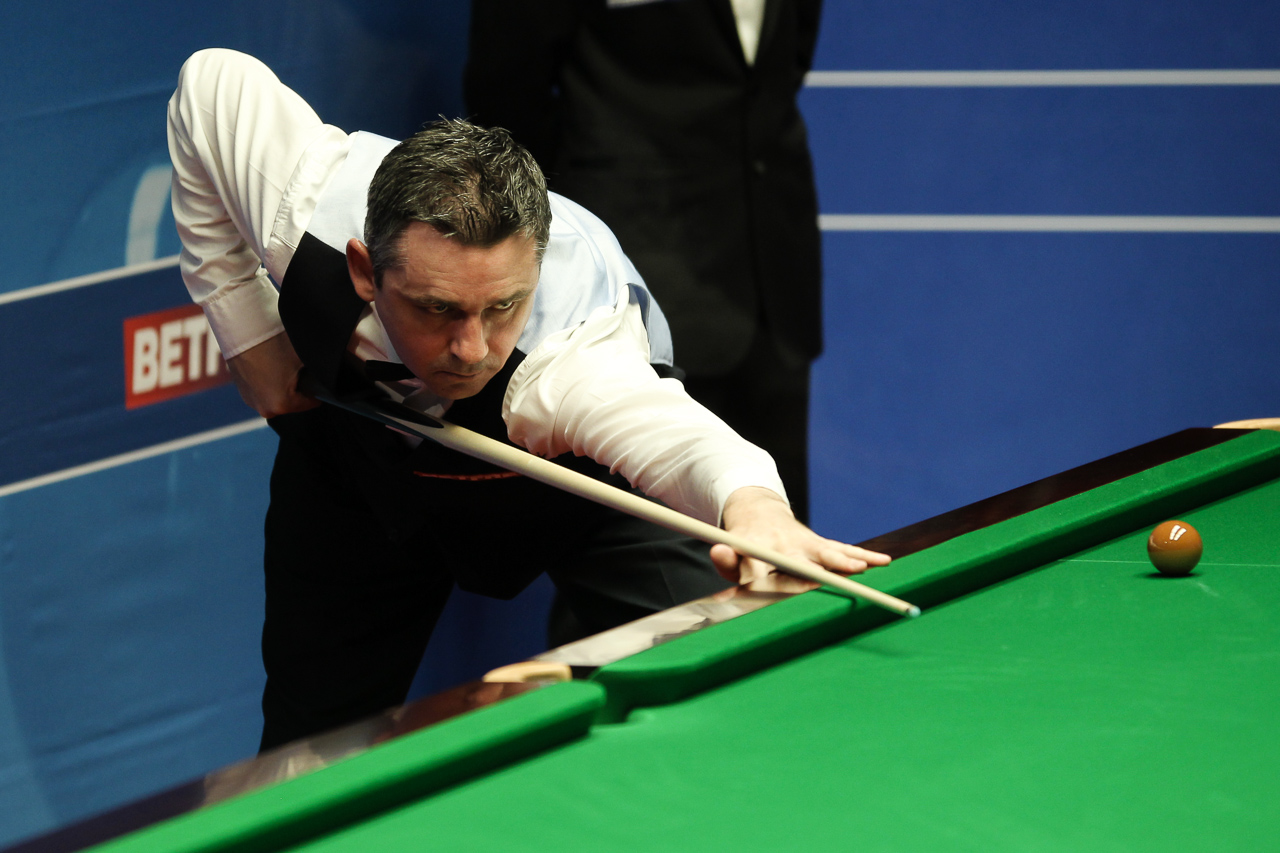 With music providing comfort to millions of people during these difficult times, we have decided to find out the favourite tracks of some of snooker’s top players, with a series of features inspired by BBC radio’s Desert Island Discs.

This week we have caught up with 1994 Masters champion Alan McManus to hear his top isolation tracks.

The Bitterest Pill – The Jam

“This song reminds me of my first year at secondary school. Everyone knows I wear daft scarves and cravats. I’m a bit of a wannabe Mod. I’ve never really been deeply into it, but back in my school days a few of my mates were Mods and I’ve always liked that sort of music. So I thought I would throw in a couple of songs by The Jam.”

“Myself and one of my mates used to sing this all the time. Either he or I would start singing it randomly and the other would join in. It is just a catchy and very unusual song. I like the fact that it is really quick and only lasts a couple of minutes.”

“It reminds me of my last year or two at primary school. I remember the video of it and there was a guy on a bus. It just takes me back to getting the bus to school. The song brings back memories of my childhood. The sorts of memories you aren’t sure why you have, you just do. It is a morose and melancholy sort of song. I like that in music. There is obviously the snooker link with them being from Sheffield. I was a fan of them back in the day, they had that New Romantic thing and had a bit of edge to them. They are still touring to this day and I enjoy listening to them.”

Tinseltown in the Rain – The Blue Nile

“The song is about Glasgow and they are from the West End of Glasgow. Funnily enough I’ve seen the lead singer Paul Buchanan around quite a bit, I must have seen him half a dozen times. He is one of these guys who is a bit introverted, but he is supposed to be really nice. I’ve often thought I’d like to stop him and buy him a coffee, just to have a chat and say thanks to him for his music. I’ve never quite plucked up the courage, but maybe one of these times I will. The song itself is really cool, it is catchy, funky and a bit different. I guess this song is quite commercial, but a lot of the album it is from is out there and pretty unusual.”

“The lead singer Iain Curtis lost his life after committing suicide tragically, while he was still really young. They didn’t really reach the peak of their fame until after he had already passed away and it is just a shame that he didn’t get to witness and be a part of that. He was a fantastic musician. They remind me of that post-punk era of the very late 70s and early 80s. At that time I was at an age where I was exploring my music and that was a cool song and they were a cool band.”

“I’m not a great reader of novels, so I’m going to keep it really snooker centric. I’ll take the Crucible Almanac! If I take that I know I will be able to get to sleep. I’ll be able to test myself and come up with the answer of obscure facts, maybe that would help whittle away a few hours. You can only read a book once, but you can read the almanac about 100 times and not really scratch the surface.”

Luxury Item – For obvious reasons I will go for a Swiss Army Knife.