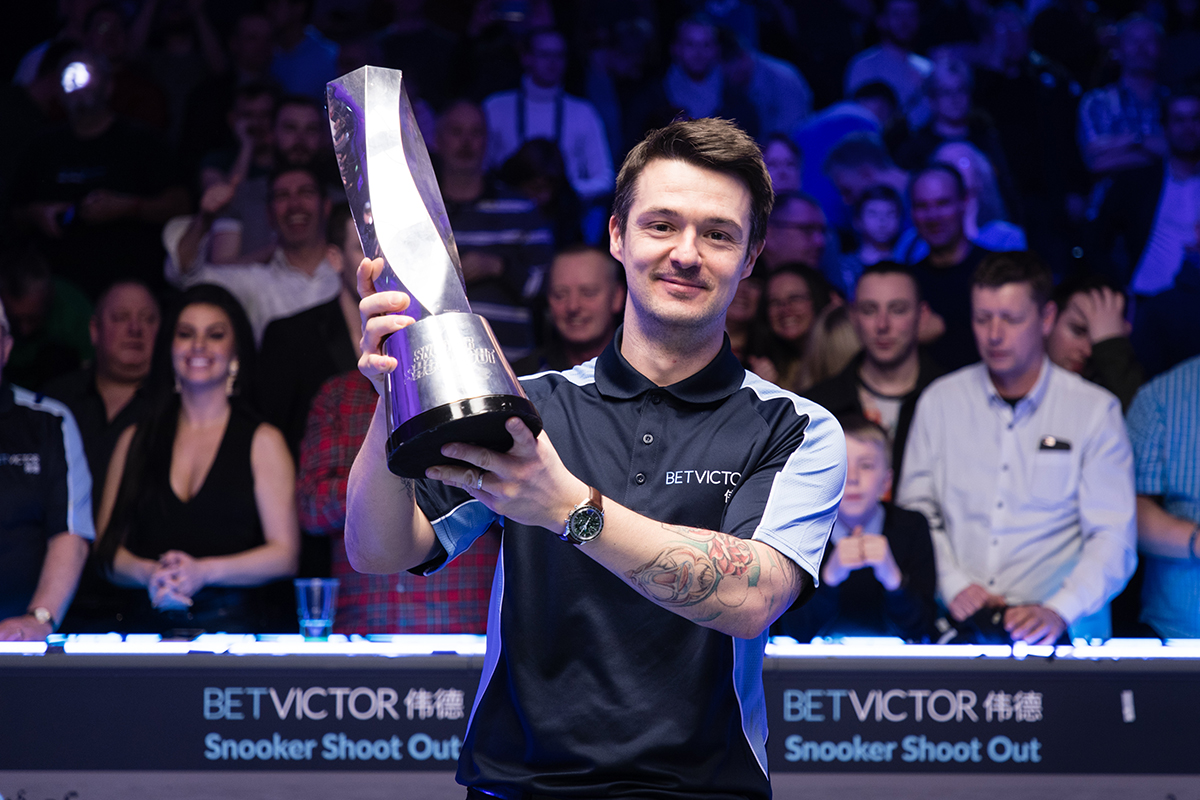 Throughout the lockdown so far we have been speaking to snooker players, to find out which songs are helping them get through isolation, in a series of features inspired by BBC radio’s Desert Island Discs.

Next up, it is BetVictor Shoot Out champion Michael Holt’s turn to name his top five songs.

“I was brought up in the 90s, that was when I was a teenager. A lot of the music I am interested in is from that Britpop era. I just love the strut of Oasis, Liam especially. I enjoy that attitude of if you don’t like us, then don’t listen to us. I think bands should be like that. Supersonic has a really good beat to it and is very motivating. Definitely Maybe was such a good album and it has influenced so many other bands since. I’ve seen them live and I don’t think they ever really disappointed.”

This Is The One – The Stone Roses

“I am a big fan of the Stone Roses and Ian Brown. This song reminds me of when I used to go clubbing, I would listen to this when I was getting ready to go out. I have a lot of great memories around both the band and this song. Now I’m not allowed out of the house anymore, I have to think about those clubbing days! I saw the Stone Roses at Heaton Park when they made their comeback, it was the original lineup as well which made it even better. It was nice to have seen them. I’m sure they would have been so much better to see live in their era, due to their mystique and image. However, to have seen them live at all is great.”

Here Comes The Sun – The Beatles

“This is the song that my wife Amy walked down the aisle to. This has some nice memories for me. We didn’t want to use the standard walking up the aisle song. We picked the entire playlist for our wedding day, so all of the songs had a bit of relevance to us. That made it a bit more personal. I like the Beatles and this would be a nice song to sit on the desert island and listen to during sunrise.”

“They are my new favourite band. My brother is a bit of a music geek, so he listens to things constantly. He suggested them to me. I think they are really good. My son Jude has started to like this song. When we put it on in the house he does this strut walking round the kitchen. He really loves it. As soon as I put it on he stops in his tracks, looks at me and makes us all strut round the kitchen. We all have to keep doing it until the song is finished. It is brilliant to watch him start to enjoy music and is a brilliant milestone in a way.”

Book – I’m not one for reading things or watching films twice, as you already know what happens. I tend to like non-fiction, so I am actually going to pick an essay rather than a book. I’m going to pick a philosophy essay called Famine, Affluence and Morality by Peter Singer. Someone suggested it to me the other day and I think if I am sitting on a desert island I will need something philosophical to mull over. I won’t be disturbed, so it would be the perfect time to read something thought provoking.

Luxury Item – I don’t get that much pleasure out of gadgets and objects. So I think the thing I would need the most on a desert island is a distress flare.