Ding Junhui’s defence of the Betway UK Championship title ended at the last 64 stage as he let slip a 5-3 lead and lost 6-5 to David Grace.

World number 65 Grace registered by far the biggest shock of the tournament so far as he beat a player ranked 55 places above him to reach the third round in Milton Keynes. 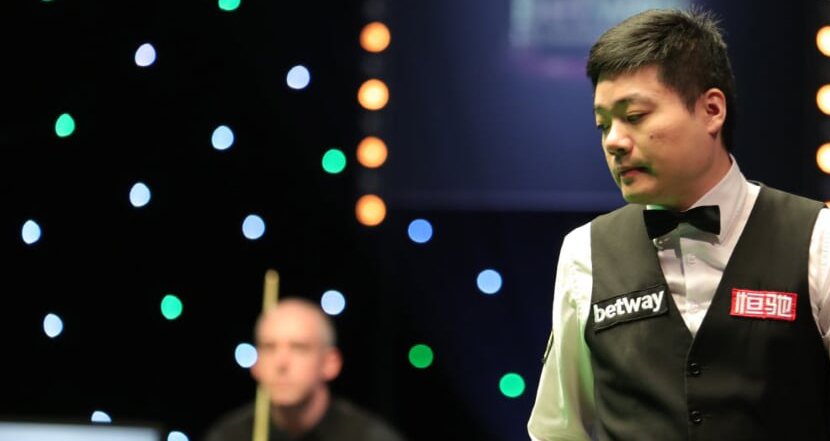 China’s Ding beat Stephen Maguire in the final of this event last year, but otherwise hasn’t reached the semi-finals of a ranking event since the 2018 World Grand Prix.

Yorkshireman Grace reached the semi-finals of this event in 2015 and also got to the same stage of the recent Northern Ireland Open, but still ranks today’s result as the best of his career as he finished superbly to end Ding’s hopes of a fourth UK title.

Grace shared the first four frames today, making the better breaks with 95 and 69, then came from 59-0 down to pinch the fifth with runs of 31 and 33. Ding made 75 and 77 to go 4-3 ahead then cleared from green to black in the eighth to go two ahead with three to play.

A scrappy ninth went to Grace and he made a 61 in the tenth as he recovered to 5-5. Ding had two early chances in the decider but couldn’t keep position and made just 20 points. Grace later knocked in an excellent long red to set up a match-winning break of 49. 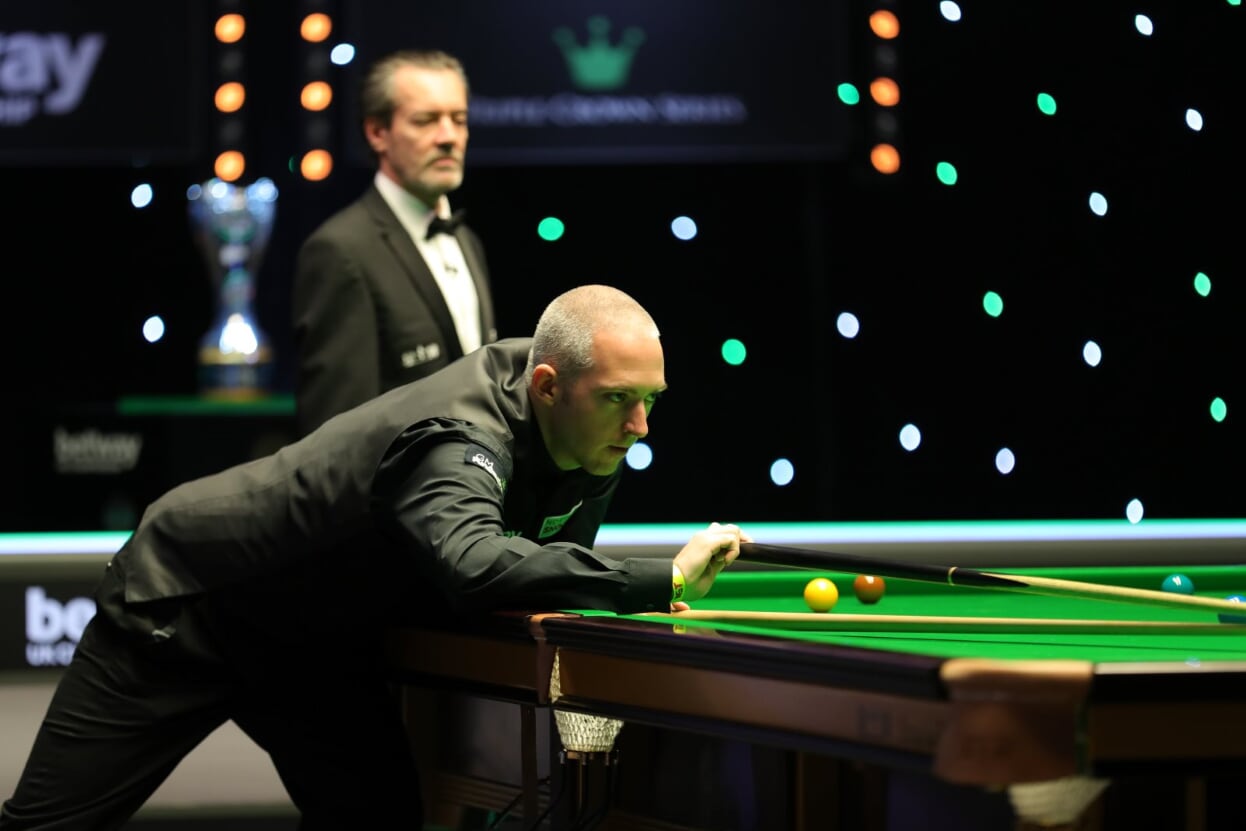 “I came here with a lot of confidence having had a good run in the last tournament,” said 35-year-old Grace, who now plays Xiao Guodong, a 6-5 winner over Luca Brecel. “It’s my best win in terms of the quality of the player I have beaten.

“Ding wasn’t at his best but you have to play well to even put a thought in his mind that you can beat him. I did that early in the match and then he took control in the middle, but he would still have had the feeling that I wasn’t going away, and I felt that if I could find a bit of form I could get over the line.  I like this venue and the tables have played lovely every time we have been here.” 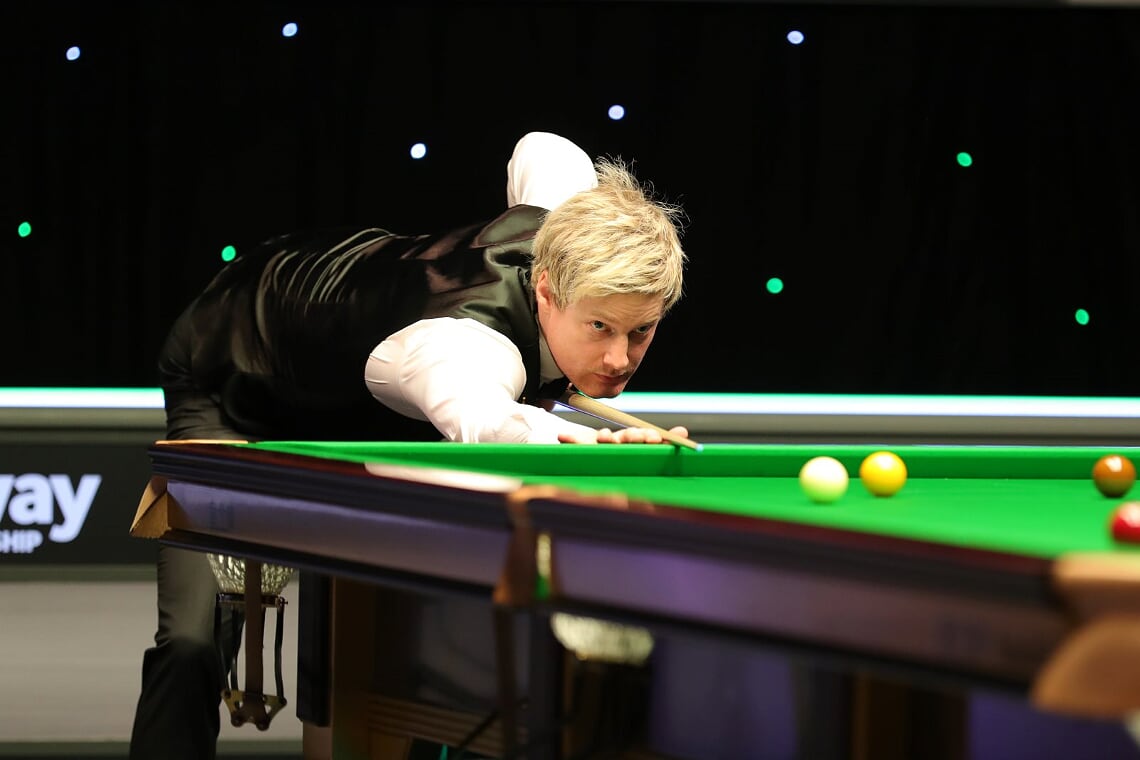 “It was a very good performance, even my safety was good,” said Robertson, who won this title in 2013 and 2015. “Judd Trump is raising the bar at the moment and making me try to get better every day. It’s up to the rest of us to try to learn from him and practise really hard. Otherwise he will keep racking up the tournament wins – and I want to be lifting the trophies as well. I have lost two finals this season but I have to keep up the work ethic and stay patient.”

Anthony McGill came from 4-3 and 5-4 down to beat Lyu Haotian 6-5 to keep alive his hopes of a place in The Masters, with the top 16 at the end of this tournament to go through to Alexandra Palace in January. Glasgow’s McGill is now in 17th place in the race, less than £2,000 behind 16th-placed Jack Lisowski.

Zhou Yuelong also improved his Masters hopes as he beat Jimmy White 6-1 with top runs of 114 and 104, while Stephen Maguire made a 136 as he came form 3-1 down to beat Stuart Carrington 6-4.