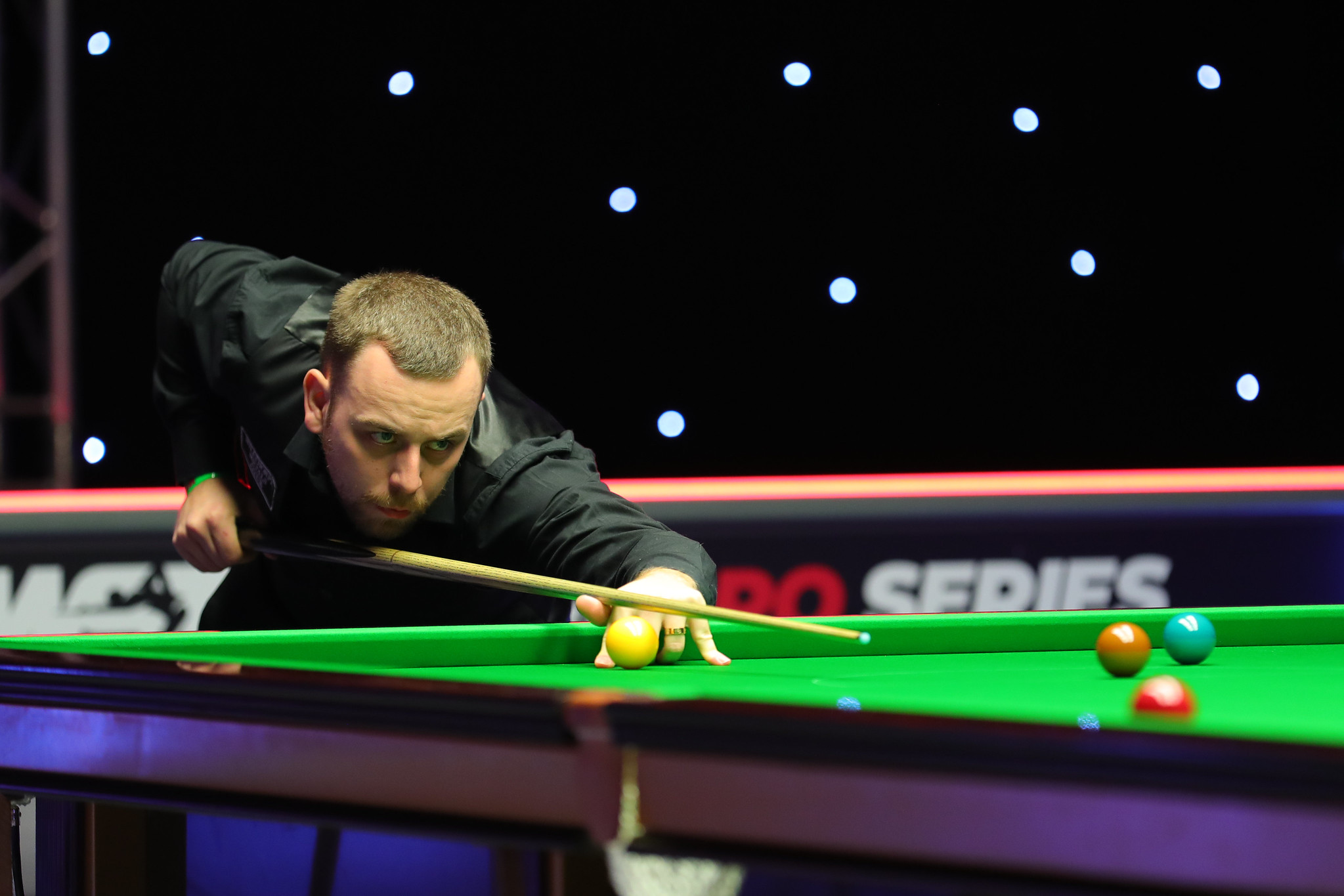 Oliver Brown’s impressive defeat of Stephen Maguire in his first knockout match as a professional last Friday capped off a momentous week for the 27-year-old, having celebrated the birth of his first child just two days earlier

Brown’s preparations for Friday’s BetVictor European Masters qualifying encounter with Maguire were heavily impacted by the welcome distraction of his partner Charlotte giving birth to daughter Isla on Wednesday. However, he was determined to still compete and that paid dividends when he secured a significant 5-4 victory.

“I hadn’t had much sleep, so I wasn’t expecting all that much. It was an absolutely crazy week,” said Brown.

“It was all a bit of a rush. I felt like I had prepared before the baby came, as I’ve been working hard on my game, it all came at once though. I was always going to play, as long as she wasn’t born at the same time as my match was about to happen. Thankfully she was born before the game.

“With it being my first season on tour, I want to stamp a bit of authority and get a few early results. To beat someone like Stephen Maguire has given me a lot of confidence. It was a hell of a week and one I wont forget. My first thought was the baby and after her birth it was a very emotional time with very little sleep. To add the icing on the cake with the win was amazing, I am over the moon.

“It was a funny match. I was 3-2 up and he made consecutive centuries to go 4-3 up himself. He had switched it on and I was worried he might just keep going and blitz over the line. I managed to pinch the eighth frame and I actually felt very calm from that moment. When I won the European Championship to turn professional, I was behind for the whole final. I was nervous through the match. When the decider came in that I relaxed and played my best stuff. I realised that I had done it before and against Maguire I just had to replicate that feeling. I was confident I could do it again.”

After several years around the circuit, as a top up and qualifier, Brown finally earned a fully fledged place on the World Snooker Tour by winning the European Amateur Championship last year. The Yorkshireman defeated Ivan Kakovskii 5-4 in the last round to secure a two-year tour card. Looking back on his experience winning that event, Brown believes it was his calm demeanour that earned him the win.

“It was such a good feeling to get over the line in the European final, probably the best I’ve had as a snooker player. It felt good to win a title like that and it was also a massive weight off my shoulders, I have wanted it for so long. It was a double whammy to get that and to turn professional and was a dream for me.

“It isn’t like Q School, where if you lose in the first event at least you have another couple of chances. This is absolutely all or nothing. You are either a professional for the next two years or an amateur again. The relaxed attitude in the decider was eventually what it took to get me through.”

Brown, who made the last 16 of the Gibraltar Open in 2019, admits that the years leading up to his professional bow have seen him start questioning whether he would make it into snooker’s elite. In the four years leading up to earning his tour card, he had worked part time, for three days a week, in his family’s recycling business. However, he believes that the structure that gave him actually led to an enhanced work ethic on the table.

“Some days I would get up and start practising at 7am in the morning, before going into work. It seemed to really help my game because I was making myself still do six hours practising a day and fitting it in around the work. Because I was putting that time in, I was going to competitions expecting to win. The business is scrap recycling so we take scrap off anyone and we get in bulk. We then sell it on. I was delivering, working in the yard and serving customers. It isn’t really my thing to be honest, but it was good to do over those years.

“In the back of my head I was questioning whether or not I would ever get the chance to turn professional, as I’ve been close a few times. On the other hand I had it in my head I wouldn’t stop playing until I had achieved that target. If you want something bad enough then it can drive you to get what you need and what you want. Thankfully I have managed to do it.”