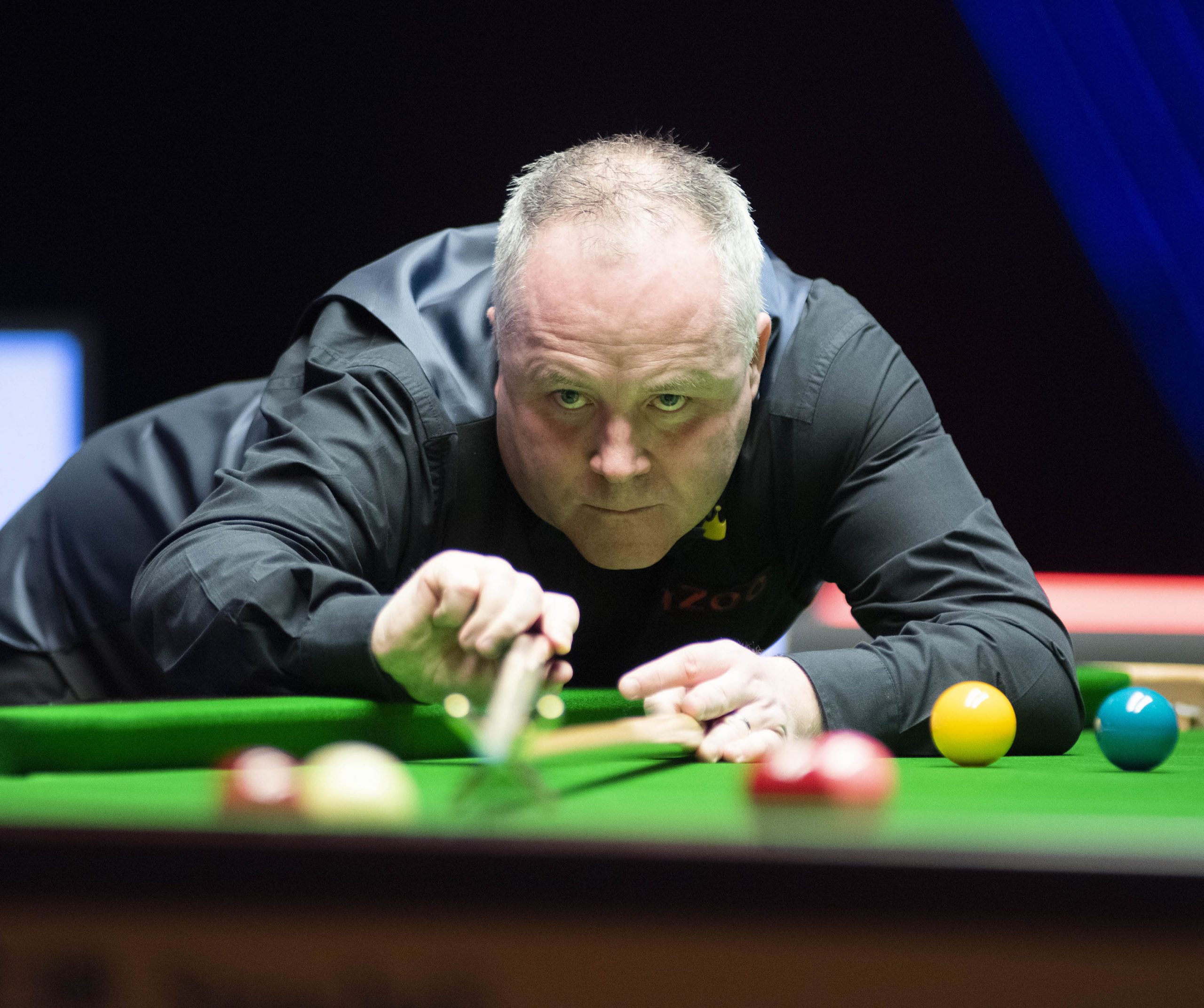 Scotland’s four-time World Champion John Higgins is embarking on the new snooker season off the back of a summer fitness regime, which has caused him to send his waistcoats back to the tailor.

Higgins, who is aiming to capture a record fifth British Open title later this month, recently turned to spin classes in a bid to lose weight ahead of the new snooker campaign. His target was to require his waistcoats to be altered and that is a feat he has now achieved.

“I’m still trying to keep up with the fitness and still trying to be a bit healthier. I was taken aback at the World Championship, so it was just a case of trying to eat a bit better over the last couple of months, trying to lose a bit of weight, take it into the new season and see if it does me any good. Who knows what it will do, but I felt a wee bit better on the table during the Championship League. Within myself I feel better and that is the thing I can take the positives from,” said 46-year-old Higgins.

“I tried my waistcoats on and they were pretty big on me, I’m in the process of getting them altered. It’s amazing because when I think about it, they were actually a wee bit tight at the Crucible. Over the years I’ve got steadily bigger and bigger. I didn’t really notice it until I lost a bit of weight and I realised I must have been bigger than I thought. Hopefully I can keep this up until the end of my career now.

“I didn’t want to go back into the new season feeling the same way. I’ve thought a lot about losing weight over the years and I haven’t followed through and done it. Something clicked and told me that I really had to do something about it. If you put your mind to it then you can. I think being a sportsperson and needing to be single minded to achieve in sport helps with that. It has never been a massive thing for me, but maybe it should have been.”

Glasgow’s Higgins won the last British Open to be held back in 2004, when he defeated compatriot Stephen Maguire 9-6 in the final. At the time, the result was particularly important for 31-time ranking event Higgins, as it broke a streak of six consecutive defeats in finals.

The win was made all the more impressive considering Higgins had other things on his mind during the event, with his wife Denise expecting the birth of his son Oliver.

“I obviously don’t see myself as a defending champion, there’s been 17 years since I won it. All I can remember is thinking throughout the tournament that my wife could go into labour at any moment. In a way, it maybe took the pressure off. I was thinking to myself that I might not get to the end of the event. My wife obviously held off and I managed to get through to play Stephen in the final. At that time, Stephen was coming through to become a massive force in the sport. I knew it would be a tough, tough game. I played pretty well and it was great to get the win. It was amazing how it panned out. After I flew home, just a day or two later, Oliver was born. It was quite an incredible few days.”

Although Higgins holds a joint record for most British Open wins, on four alongside Stephen Hendry, he has experienced his ups and downs in the event. It’s 25 years since he ended up on the wrong side of the result in an epic final with Nigel Bond.

The title match went all the way to a deciding frame and it had looked as if the trophy was heading up to Glasgow when Higgins led 69-0, leaving Bond requiring a snooker. However, he got it and managed to bring the tie down to the final two balls.

Higgins spurned a chance to win on the pink, before Bond potted it and cut in an extremely thin black to snatch the title from the Scot’s grasp and win 9-8.

Higgins recalled: “It goes to show you how you remember your defeats. I know I beat Stephen in the final of the most recent event, but I don’t actually know who I beat in the other three. I can remember that final with Nigel clear as day. I was absolutely pig sick after that game. I was behind the whole way through, but I got him needing a snooker in the decider. He did amazing to come back and win. I can remember it was quite an early finish to the final and ended at about six o’clock for some reason. My mum, dad, Denise and my auntie and uncle were there to watch and we went out for a Chinese. Normally I can get over these things pretty quickly, but the way it transpired at the end meant that was a tough one. It was all that was going through my head as I was trying to eat my chicken and black bean sauce. I can’t really remember the wins, but I remember that defeat vividly.” 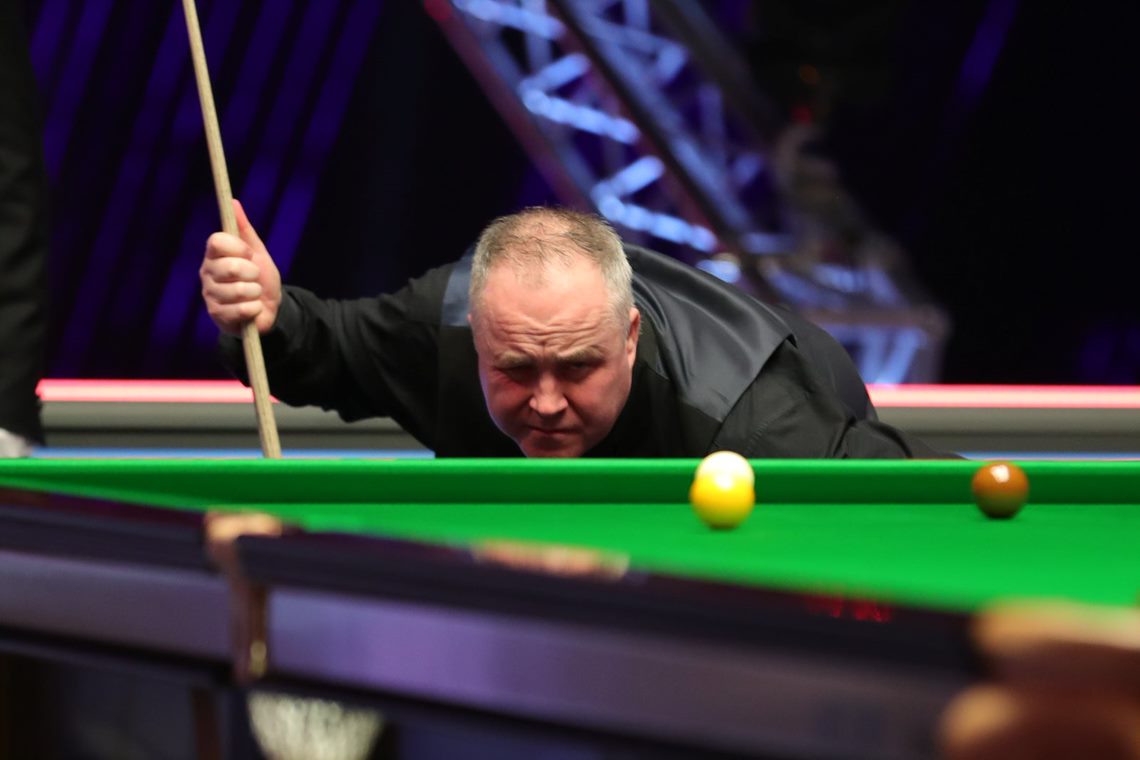 The open draw in operation for this year’s event handed Higgins a tricky first round encounter with Alexander Ursenbacher. Higgins has fared well in previous meetings with Ursenbacher, leading the head-to-head 4-0, but he isn’t taking his Swiss counterpart lightly.

“He’s very dangerous. He’s probably never played to his full potential against me. I’ve watched him against so many other top players and he seems to play well. In a best of five no matter who you draw you need to get off to a good start and get to that finishing line quickly. In the last couple of years I’ve not watched a lot of snooker on television, but I think this is the kind of tournament I would tune in for to see how it all pans out. I think it is a great event to start the year with.

“The British Open was always a huge part of the calendar. It was a shame that it went away. It’s brilliant that it has been revived again. I think the twist with the open draw and things adds a different dimension to it. That might not be so much for the players, as it is a shorter format than we are used to, but it will be a good tournament for the general public and viewers to watch.”

Higgins takes on Ursenbacher at 1pm on Monday 16th August. You can still be there to see the action at the Morningside Arena. Click here to book your tickets now.