As the 1991 World Championship began, John Major was a few months into his turbulent reign as Prime Minister, golfer Ian Woosnam had just become the fourth successive British winner of The Masters, and “The One and Only” by Chesney Hawkes was the UK’s number one single. 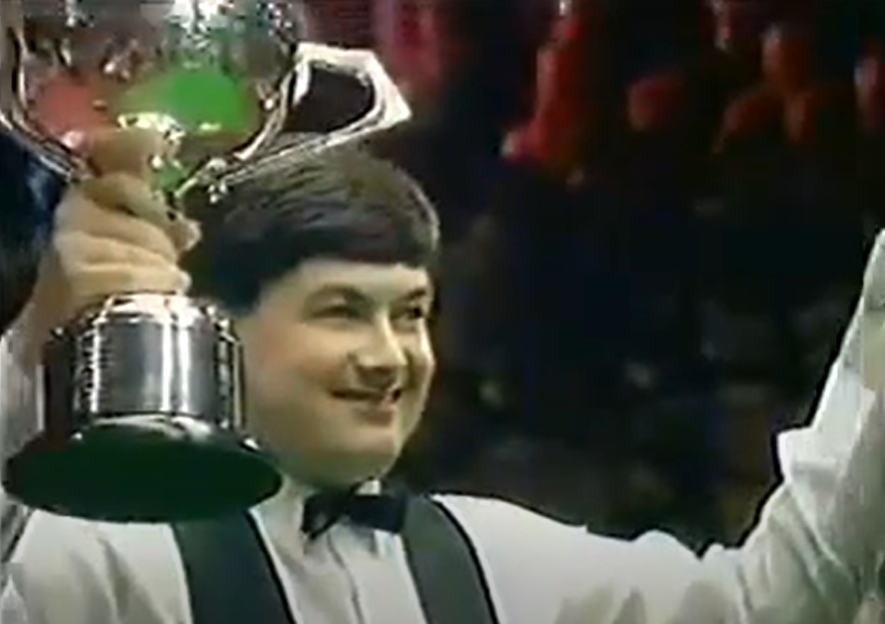 Famously the teenager never followed up on the enormous success of his debut, but just as he has since embraced his status as the quintessential one-hit wonder and made some sort of career out of it, so John Parrott remains one of snooker’s best-loved figures, heading into the championship which marks the 30th anniversary of the day which changed his life forever.

Parrott had gone close at the Crucible before; in 1989 he provided one of those rare instances of a championship remembered more for the runner-up than the winner of the title itself. On the opening afternoon he was at Villa Park in Birmingham watching Everton beat Norwich City to reach the FA Cup final, when news filtered through of a crush at the other semi-final which would result in the deaths of 96 Liverpool supporters.

Wearing a black armband in honour of his home city’s mourning, Parrott started his campaign the next day and just scraped past Steve James in a first round decider, but the combined impact of the Hillsborough disaster and the match itself had taken so much out of him that he later reflected his continued progress through the draw was largely down to some lacklustre displays by his opponents.

“Everyone else I played just fell down in front of me,” he said in reference to beating Dennis Taylor 13-10 and Jimmy White 13-7 before a semi-final in which “I beat Tony Meo 16-7 and he didn’t play at all,” before roles were reversed and Parrott himself could offer no resistance as Steve Davis overwhelmed him 18-3 in what remains the biggest margin of defeat the Crucible has ever seen.

The following year he got to the semi-finals again but from 11-9 up against Stephen Hendry he lost the next seven frames to go down 16-11. Having then beaten White to become the youngest ever winner, Hendry embarked on a glorious first year as champion, returning to Sheffield on the back of lifting five of the season’s seven ranking events plus his third Masters in a row, making him about as firm a favourite for the title as it would be possible to imagine.

Parrott on the other hand had largely come up short of expectations that season, with a succession of early exits in ranking tournaments culminating in a dismal defeat to Welsh veteran Colin Roscoe in the British Open, prompting him to ditch his cue and put in several weeks of hard graft with a new one as the biggest event of the year approached.

The first signs of encouragement came at the Irish Masters, a high-class invitational event just before the World Championship in which he reached the final before losing to Davis, but even after such a good week Parrott felt there was still much more improvement on the way, and was further inspired by seeing his chances widely written off in the run-up to the Crucible where he was as long as 16-1 for the title.

The campaign started against Nigel Gilbert, who had almost knocked him out of the UK Championship in their only previous meeting two seasons before, and who again made things tough before Parrott won two close frames to go through 10-6. If the first round is all about just getting through, then the second is when potential champions generally start to hint at their title credentials, and Parrott did just that with breaks of 138, 137 and four others over 60 as he beat Tony Knowles 13-1, finishing off with eleven frames in a row. 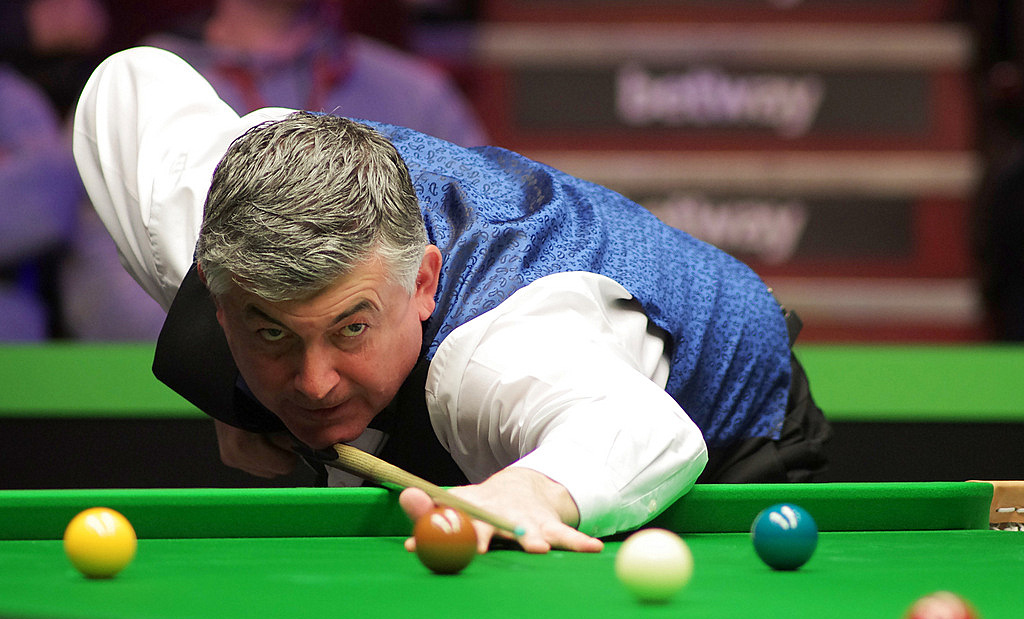 Clearly growing in strength and confidence as the fortnight went on, Parrott raised his level again in the quarter-finals against Terry Griffiths, the champion of twelve years earlier, pulling away from 11-10 with breaks of 78 and 81 to set up a last four showdown with Davis, the man who had inflicted such humiliation on him in 1989.

“I got a smacked backside in that final but I was proud of what happened two years later when I played him again. I could have shied away and thought ‘oh I don’t fancy this’.” From 9-2 up he was never less than four frames ahead at any stage, and in the end breaks of 86 and 64 closed it out at 16-10 with Davis not even potting a ball in the last two frames.

As for Hendry, he had been in sparkling form in the early rounds but was undone by the performance of a lifetime from Steve James in the quarters. James went on to have three centuries in the semi-finals against White and was still right in the match at 10-9 down, but couldn’t keep up as White pulled away with a run of six straight frames to reach the final.

White had already enjoyed perhaps his best season to date, including an exceptional run either side of Christmas when he had won three big tournaments in a row. Having already lost in the world final twice, he went in as favourite and was certain to have the backing of the crowd, but Parrott had ideas about how to silence them.

“It was a bit like a football team going away in Europe. You want to quieten them with a good start, to make sure the crowd don’t get behind their team and give them too much encouragement. It was massively important just to have a really good start.”

He could hardly have done that more emphatically. Breaks of 97 and 75 accounted for the first two frames; by mid-session it was 4-0, and on the resumption Parrott played even better with 88, 74 and 117 as he swept into a 7-0 lead. At night that became 10-2, but when White then took three in a row Parrott needed a big response, and delivered it with 112 to re-assert himself and lead 11-5 overnight.

“To play the best stuff you’ve got in the most important match that you’ve played in, you can’t ask for any more than that, but when you have that lead in a final it sounds easier than it is. It was the worst night’s sleep I’ve ever had, thinking about all sorts of things. It’s very easy for your brain to run away with you. The wait before you go out is horrendous as well, but once you’re out there all the adrenaline turns to concentration and you’re away.”

Even with such a commanding lead, there were to be some tense moments the following day. White threatened to close to 11-8 before Parrott crucially cleared to win on the black for 12-7; another black ball win made it 13-8 when White had again been on the brink of getting back to only three behind, and from there the sense of inevitability about the outcome grew all the way to victory being clinched at 18-11.

Much like Hendry before him, Parrott reacted well to his newly-elevated status, winning two of the following season’s first three ranking titles including his only UK Championship, but his world title defence in 1992 ended in the last eight against Alan McManus.

Hendry regained the title that year and would not relinquish it until 1997, so Parrott’s success turned out to be the only time in a ten-year period that the championship was won by anyone other than Hendry or Davis, underlining just how had it was for anyone else to get a look-in during that era.

“People who haven’t played snooker to that level don’t realise how brutal it is. It’s dog eat dog. If a Hendry or a Davis is on top of their opponent hey won’t let you off the hook. If your level drops like mine did with Davis in the 1989 final, then you got absolutely slaughtered. The two of them were complete competitive animals.”

Parrott still had six more ranking titles to come after that day thirty years ago, making for a total of nine which puts him joint 11th on the all-time list. At the Crucible he never got further than the quarter finals again, but as he watched so many of his contemporaries move beyond their prime without ever tasting snooker’s ultimate glory, he grew increasingly content with having scaled those heights at all.

Even if it was “the one and only” time.