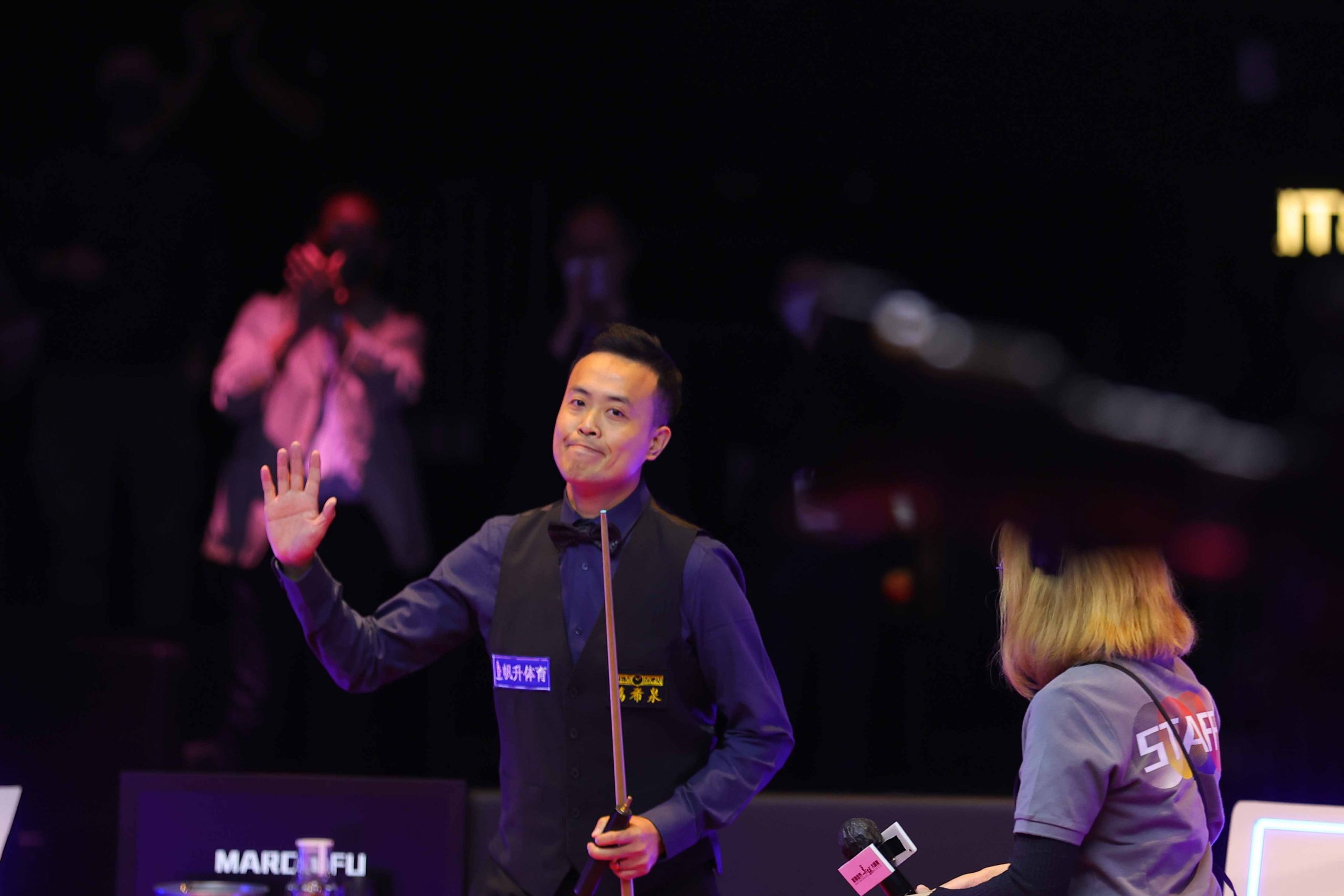 Hong Kong snooker icon Marco Fu made a stunning maximum break in the deciding frame to beat John Higgins 6-5 in their semi-final clash at the Hong Kong Masters.

The Hong Kong Coliseum was in raptures as Fu deposited the final black in his magical break. He’s no stranger to crafting perfect runs on the sport’s biggest stages, having fired in a 147 at the 2015 Masters. Fu has now made five maximums in his career so far.

The local hero must now compose himself for tomorrow’s final, where he will face either World Champion Ronnie O’Sullivan or Neil Robertson over the best of 11 frames for the £100,000 top prize.

It has been a dream week for 44-year-old Fu, after a difficult few years on and off the table. Eye problems forced him to undergo surgery back in 2018 and take a break from the sport. The pandemic followed and Fu was unable to compete for almost two seasons due to travel restrictions. During that period, he could scarcely have believed what would transpire this afternoon.

Fu was clinging to the coattails of Higgins for much of today’s game, after a break building blitz saw the Scot seize the early initiative. Runs of 105, 50, 68 and 83 helped him to establish a 3-1 lead heading into the mid-session.

When they returned, Fu clawed back within a frame thanks to a break of 61. However, 31-time ranking event winner Higgins restored his cushion thanks to a contribution of 91 in the sixth to lead 4-2.

Higgins then had an opportunity to move three up with four to play, but a missed red on 41 let Fu back to the table. He ruthlessly capitalised with 70 to make it 4-3. Fu then stole a tense eighth frame to restore parity at 4-4.

Glasgow’s four-time World Champion Higgins showed his steel with a century contribution of 105 to move one from the win. However, Fu refused to wilt and a break of 72 forced the decider. He then produced a moment of sporting drama to get over the line with a maximum break. 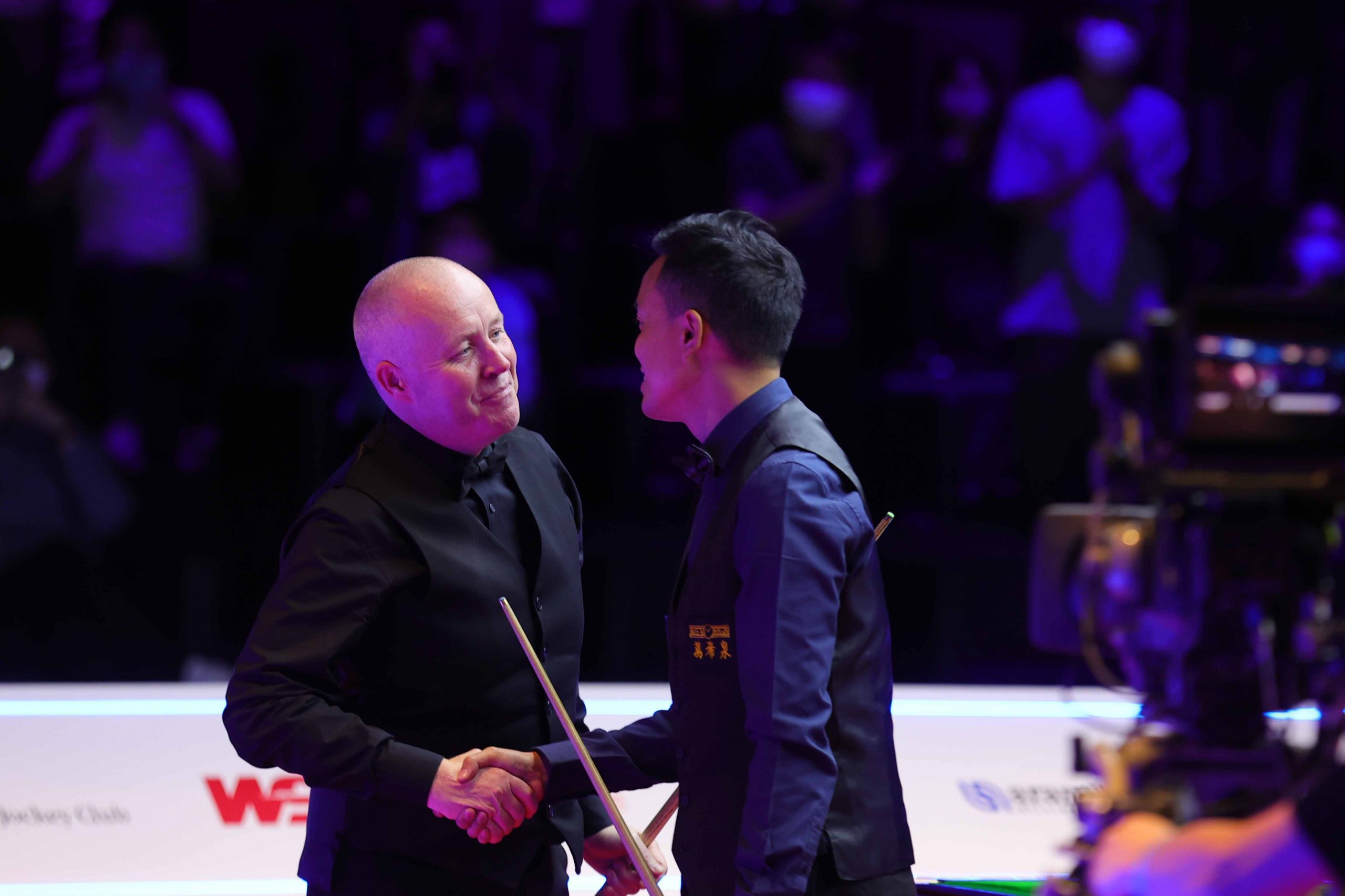 “It is amazing. I still can’t believe what just happened there. It is impossible to do something like that,” said three-time ranking event winner Fu.

“I don’t believe it and the atmosphere was incredible out there today. I am just very happy that I am playing pretty well. To beat the best players in the world like John Higgins and Mark Selby, you can’t get any better than that.

“This is my best moment so far as a professional. To do something like that in front of my home crowd. We have had huge attendances so far this week and it is the best thing I’ve ever achieved.

“I’ve never seen anything like this atmosphere. I am just glad I was part of the drama. It shows how much Hong Kong people love snooker. Hopefully in the future we can have a full ranking event. I think Hong Kong deserves a big event in the future.”