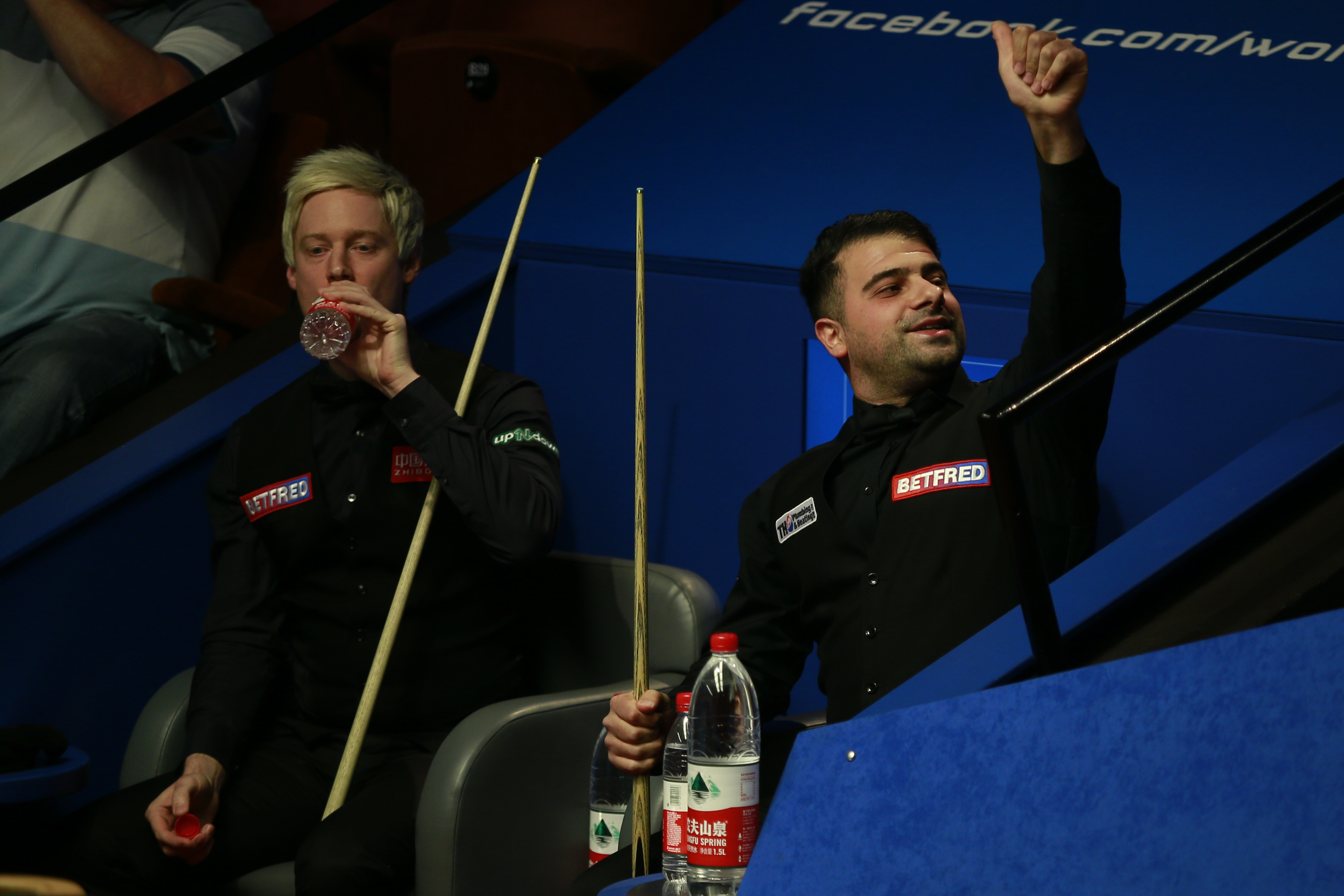 Former Shoot Out champion Michael Georgiou is determined to keep his focus on Crucible qualification, ahead of what will be a crucial week at Betfred World Championship qualifying for the Cypriot.

Georgiou must win at least one match at this month’s qualifying event, to stand a chance of retaining his tour card after a difficult 2019/20 season so far.

However, he can take confidence from running the qualifying gauntlet last year and making his debut at snooker’s Theatre of Dreams. Georgiou secured a fine 10-8 win over Yan Bingtao in the last round to seal his place in the final stages. His 2019 Crucible campaign was ended at the first hurdle, losing 10-1 to former World Champion Neil Robertson.

We’ve caught up with Georgiou to look back on his run last year, find out about his move from London to Antrim and to preview this year’s World Championship…

Michael, first of all, how have you got on over the lockdown period?

“It has been difficult for everyone. You feel a bit like you are a prisoner in your own home. I’m just glad it seems to be coming towards an end. I am lucky that I don’t have children to look after, I was just looking after myself so it wasn’t too bad. I think it is important to get into routines, I found things that worked and stuck to them.

“I did an online course in web design, brushed up on my Greek and have been cooking quite a lot. I have been trying to treat it as a bit of downtime really. I also tried to adopt a vegan diet. I read up a lot of things about it and thought I’d give it a go for a week out of curiosity. I felt an instant difference to my energy levels. I stuck with it, once I get going with something I’m quite determined, so I kept it going.”

You took the decision to move to Antrim in Northern Ireland back in November, how have you found the move so far?

“Antrim is a beautiful place. It has been a change from living in an urban concrete jungle. I’m going to bed and not hearing cars drive past my house constantly. I’m really happy here. I am obviously missing my family, but once all of the flights are fully up and running again then it won’t be so bad. I feel like I have been living here for longer than I have, just because of how friendly everyone is. Mark Allen and Jordan Brown were very welcoming for me. I am very happy I’ve made the move.

“Mark has been amazing and he is always happy to give me bits of advice. I’m always trying to ask him questions and picking his brains. He is one of the best players in the world, so you can’t really get a better practice partner than that. Although, there are some days that I barely get a shot. On and off the table, both him and Jordan have been fantastic with me since the move.”

You made your Crucible debut last year after a fine showing at the qualifiers. Despite losing out to Neil Robertson, what was the experience like playing in the final stages for the first time?

“The final round of qualifying was nerve-wracking. It feels like ages ago. I can still remember how I was shaking. In a similar way to when I won the Shoot Out, everything was going well for me. I prepared properly last year and if I can prepare in the same manner this time, I’ll have a good chance again.

“I hadn’t ever seen the Crucible arena in person until I walked out there to play and I was taken aback slightly. I found myself looking around a lot of the time. I’d never even been to the World Championship as a spectator and looking back that was probably a mistake, but it is definitely the best arena I have ever played in.

“My match started on the first afternoon, so there wasn’t that long between qualifying and playing and I didn’t have time to fully absorb everything. Neil’s record speaks for itself, so I was always going to have a very tough task playing him. Despite the scoreline, I loved every minute. It was a great experience and you have to take these things on board and use them the next time.”

How much additional pressure are you feeling ahead of this year’s qualifying event, with your tour survival at stake?

“My tour card is at risk, but I’m trying my best not to think about that. I haven’t had the greatest time on the table over the last two years, apart from a couple of highlights. I’ve lost a lot of first round matches this season. I don’t know if that is partly down to focussing on off the table things like the move to Antrim. I’ve been working hard for the last two months since the Championship League was announced.

“It will be a shame if I do fall off the tour, but I will have Q School straight after that to try and put things right. I feel like I am good enough to keep my tour spot. Worst case scenario, if it doesn’t work out, it isn’t the end of the world. I would just have to take a year out and come back again. If I start worrying about being on tour next season that is only going to damage my game. I just have to keep my focus on trying to qualify and take things ball by ball. I know I will be prepared for whatever comes my way.”