Jordan Brown scored his best win since landing his first ranking title a year ago, as he beat defending champion Mark Selby 5-3 in the second round of the BetVictor European Masters in Milton Keynes.

Selby is yet to win a title since landing his fourth World Championship crown last May, and defeat today could see him drop from his current position of 17th on the one-year ranking list. He will need a rapid improvement in form and results to give himself a chance of qualifying for the eight-man Cazoo Tour Championship in the Spring.

Northern Ireland’s Brown enjoyed his finest moment a year ago when he beat O’Sullivan in the final of the BetVictor Welsh Open, and he gave himself the perfect boost ahead of the defence of that title next week, with a fine win over Selby. World number 24 Brown goes through to the third round to face Xiao Guodong on Wednesday morning.

Breaks of 118, 67 and 55 helped give Brown three of the first five frames. World number one Selby made a 128 to level at 3-3, only for Brown to regain the lead in frame seven. In the eighth, Selby led 55-0 but his opponent recovered to force a safety battle on the colours. An excellent long pot on the pink secured victory for 34-year-old Brown.

“I scored well, which is pleasing because I haven’t been doing that lately,” said Brown. “I feel as if I matched Mark in every department. I have been working hard on my tactical game and that showed today. He struggled a bit but I still learn a lot just from playing him. I felt comfortable out in the match arena.” 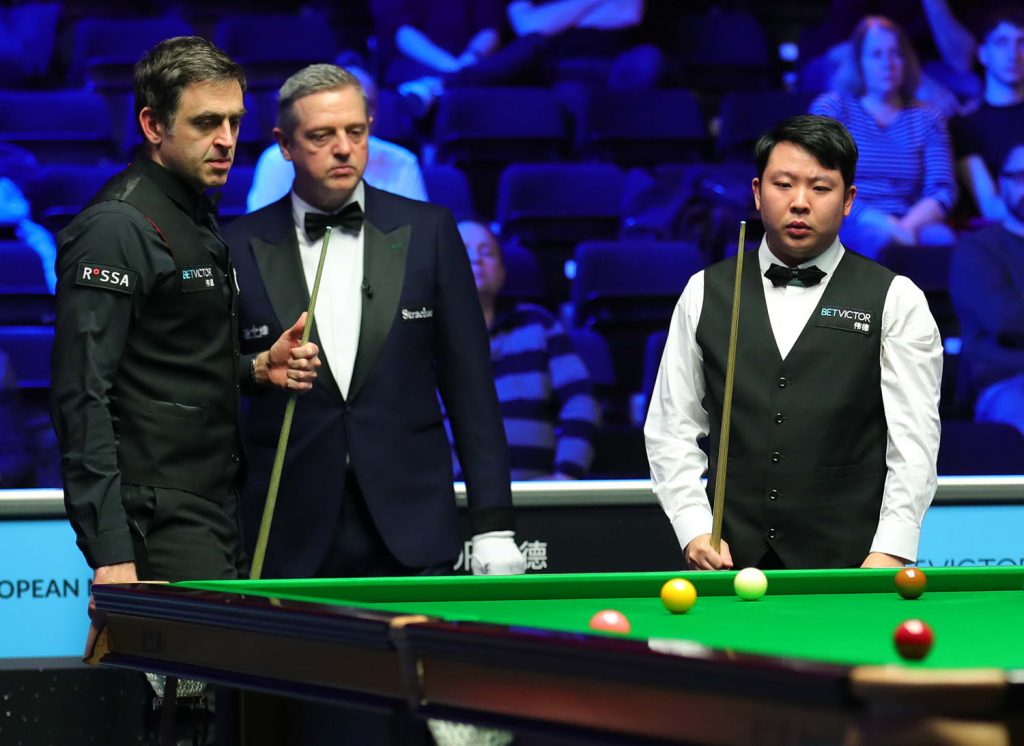 O’Sullivan was pushed all the way by China’s Zhang but survived to set up a match with Wu Yize on Wednesday afternoon. After sharing the first four frames, Zhang had a chance to go 3-2 ahead but missed a straight-forward final black. O’Sullivan slotted in the black to take the lead then made a 128 to go 4-2 ahead.

Zhang hit back with 114 and 91 for 4-4, and he had a match-winning chance in the decider but ran out of position when he trailed by a single point with two reds left. A tactical exchange ended when Zhang played a loose safety which left his opponent a mid-range red to a top corner, and O’Sullivan cleared the table to reach the last 32.

Ricky Walden kept his excellent recent form going as he beat Matthew Stevens 5-1 with top breaks of 114 and 93. “It’s just confidence for me,” said Walden, who has reached three ranking event semi-finals this season. “When I’m out there and winning I enjoy it more and my confidence goes up. I need to stay in that circle. Hopefully I can get past a semi-final and get my hands on a trophy.

“What is working for me is just taking one game at a time and trying my absolute hardest. I just want to put myself in position and eventually I will convert that into a title. The next trophy I get my hands on will be the biggest win of my career because I have been through a lot of tough times. It is more pleasing to drop down the rankings and then climb back up, I feel very lucky and proud that I am doing that.”