Neil Robertson may not have won a match – or been to the hairdresser – for nearly 12 weeks, but he was back to his best in the first round of the Cazoo Players Championship as he made four centuries in a 6-1 thrashing of Lu Ning.

Since winning the Betway UK Championship in December, Robertson has competed in only two events, losing in the first round of the World Grand Prix and the Betfred Masters. But time away from the table has left him fresh for the last few months of the season and he showed his break-building class today as he swept into the quarter-finals. The Australian will face Kyren Wilson on Thursday afternoon. 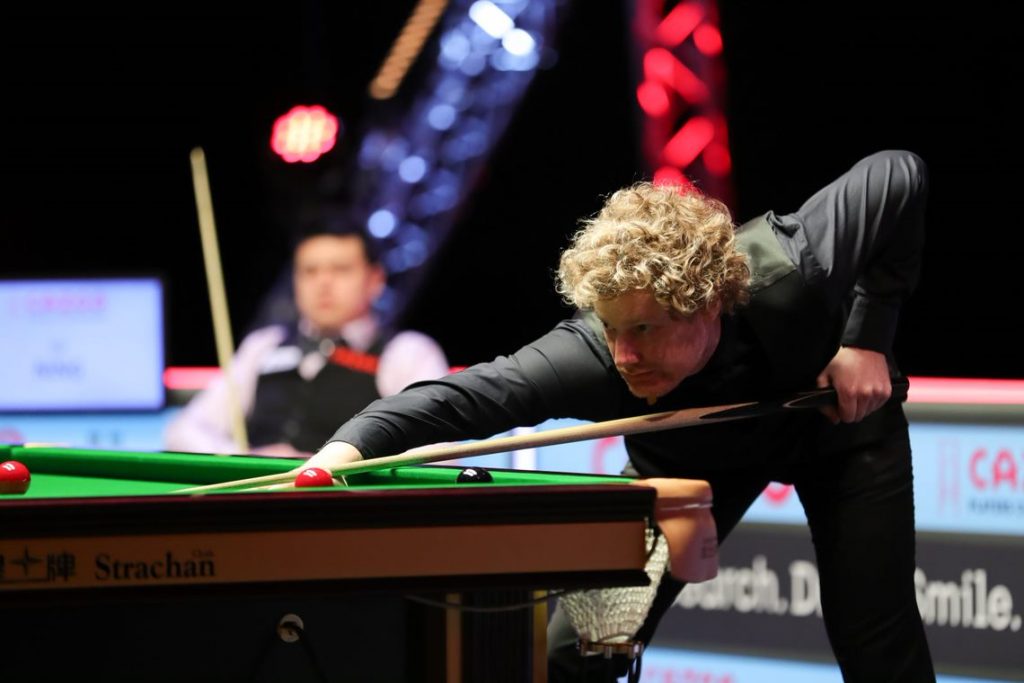 Robertson’s long and curly natural hair caught the eye as he entered the stage, but he was soon down to business on the baize. After sharing the first two frames, the world number three took five in a row with runs of 135, 130, 82, 142 and 132. The 142 total clearance in frame six sets a mark for the tournament’s  £10,000 high break prize.

“I couldn’t wish to play any better,” said 19-time ranking event winner Robertson. “It was pretty much flawless after the first frame. That doesn’t happen all of the time so it’s nice to see that form so early in the event.”

Title sponsor Cazoo is donating £100 to the Jessie May charity for every century break, so Robertson has added £400 to that tally in a single match. “It’s important, when we get to 80 or 90, to try to make century for the charities, and everyone at home loves to see the big breaks,” he added.

Looking ahead to his next match, Robertson said: “Kyren is a credit to the game, his approach is very professional. Even when he was a teenager I could see his determination to be a top player. Young pros should model themselves on him.” 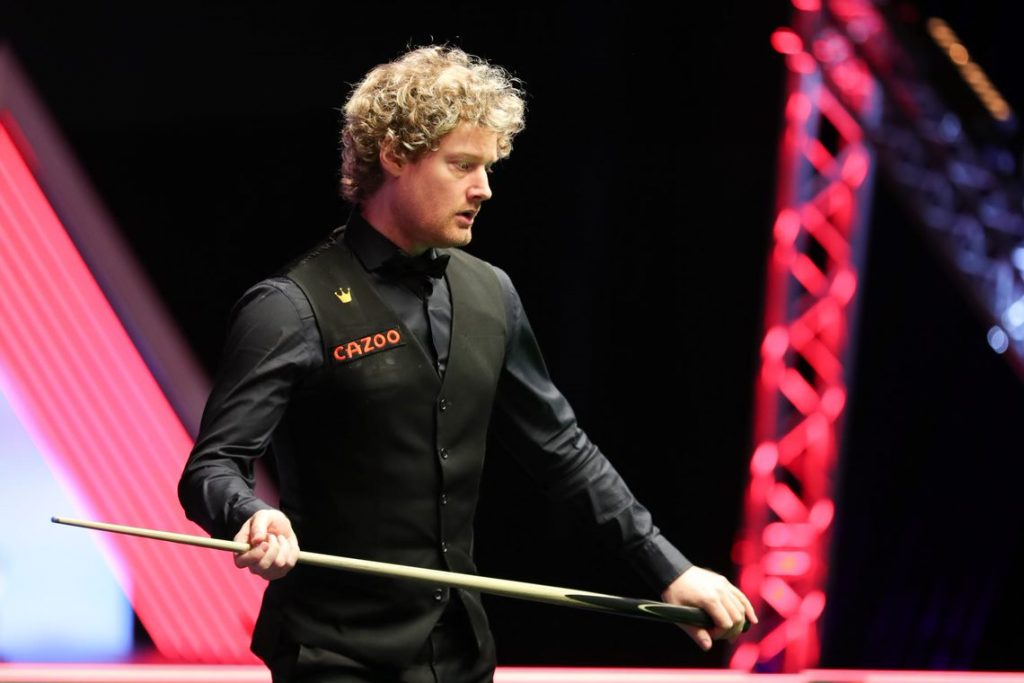 As for his hair, he added:  “This is my natural hair, when it gets this long it’s crazy. My daughter Penelope loves playing with it, so I let it grow as long as it doesn’t start to cover my eyes, at least until the hairdressers open.”

Meanwhile, Jack Lisowski booked his spot in the last eight in Milton Keynes with a 6-3 defeat of Martin Gould. After building a 4-1 lead, Lisowski lost frame six on a respotted black, then Gould made a 100 to close to 4-3. But Lisowski weathered the storm and took the last two frames with runs of 54 and 59.

Lisowski has been in fine form in recent months, reaching the final of the World Grand Prix and BetVictor German Masters. He is still in danger of dropping out of the top 16 in the Race to the Crucible, though today’s result ensures a boost of £15,000 to his total.

“I didn’t feel great out there and at 4-3 the wheels could have come off,” admitted Lisowksi. “I dug in and won two good frames. I am trying to stay composed and take a bit more time over my safety. Today was a big result for me in terms of the Crucible and the Tour Championship.”