Higgins Downs The Rocket In Classic 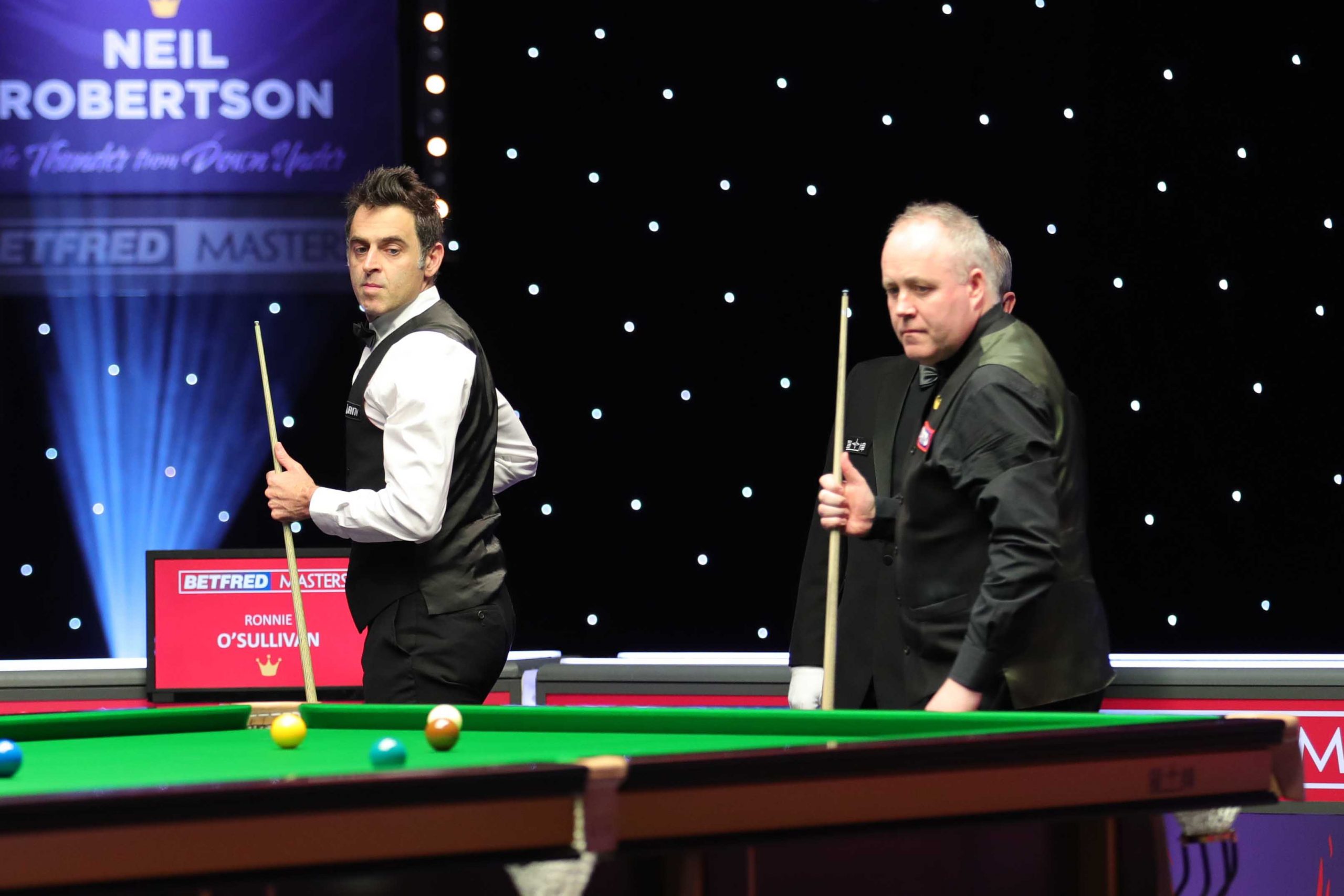 John Higgins was victorious in an epic Betfred Masters showdown with World Champion Ronnie O’Sullivan, winning 6-3 to make the semi-finals in Milton Keynes.

This evening’s classic clash was the latest in one of snooker’s most celebrated and longstanding rivalries. The Rocket and the Wizard have been battling it out on the circuit since they both turned professional in 1992. O’Sullivan, who has won the Masters a record seven times, now has a head-to-head lead of 35-29 over two-time Masters winner Higgins.

Higgins will now face David Gilbert in tomorrow evening’s second semi-final. It will be a repeat of their pulsating World Championship semi-final from 2019, on that occasion Higgins won 17-16. If the Scot can win again, it will send him through to a first Masters final since 2006, when he defeated six-time Crucible king O’Sullivan 10-9. Higgins is also aiming for his first win since the 2018 Welsh Open.

It was 37-time ranking event winner O’Sullivan who got a match of supreme quality up and running with a break of 97 to take the opener. Higgins summoned two contributions of 41 to take the second, before the pair embarked on a barrage of breaks.

From there it was four-time World Champion Higgins who made the decisive burst. The 30-time ranking event winner composed a stunning break of 134 to take the lead at 4-3. That was the fifth consecutive century of the match, equalling the Masters record set by Stephen Maguire and Neil Robertson in 2009.

Higgins made a break of 88 in the next to move one from victory at 5-3. O’Sullivan then had a chance to pull within one, but missed a regulation red and allowed Higgins to fire in a break of 47 to seal a famous win.

“We’ve been playing each other for nearly 30 years at the top end of the game and I’m proud that I’m still competing,” said 45-year-old Higgins. “There will be a time sooner rather than later when we won’t be playing these games, so you have to enjoy them while you still can.

“I was really happy with the way I played. You can do it when you are practising, but it is doing it here against the best players. That is where you judge yourself and I’m delighted I did it. I’ve only won a quarter-final match, I have another massive game tomorrow night. I have to put that result to bed.

“It will be a massive game for the two of us tomorrow night. Dave is going for his first big win and I’m going for my first in a couple of years. I’m sure there will be a lot of nerves. I played Dave in the semi-finals of the World Championship a couple of years ago and it was an unbelievable game, hopefully we can put on another one tomorrow night.”

O’Sullivan said: “I’d love to see John win it, for him and for snooker. It would be fantastic to see John pick up silverware, he is too good not to and if it wasn’t for Judd Trump he probably still would be.

“I’m going to have to keep putting in the hours on the practice table and hopefully things will turn around.”