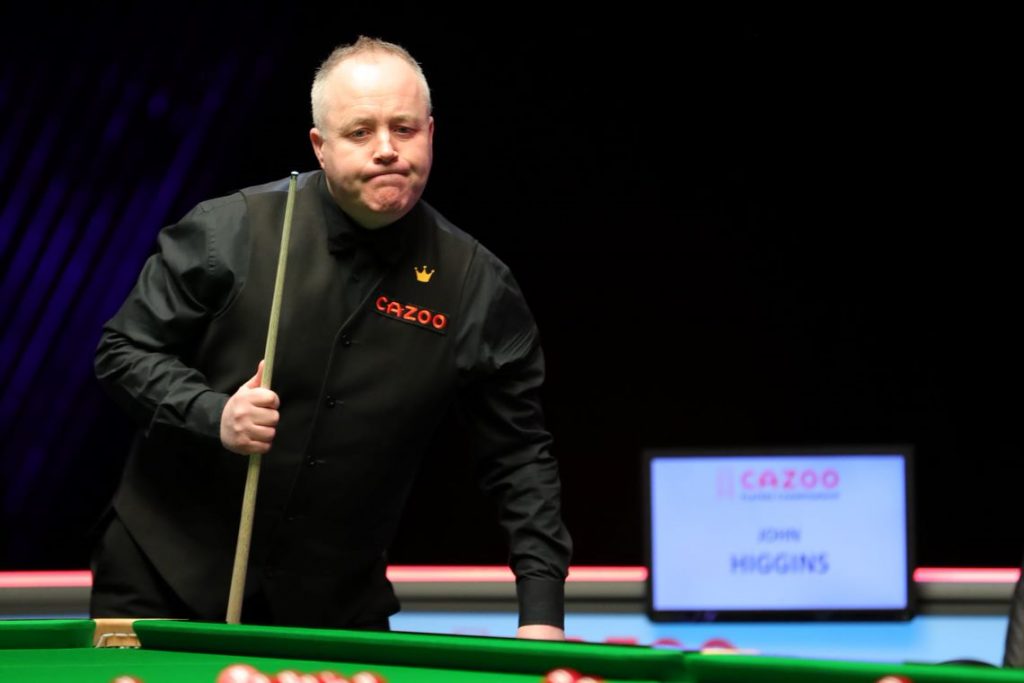 John Higgins described his performance as the best of his career as he beat Mark Selby 6-0 in the quarter-finals of the Cazoo Players Championship.

Selby scored just seven points in the match – the lowest ever tally in a best-of-11 frame professional contest. The former world number one potted just three balls as he lost 6-0 for the first time since the 2015 UK Championship, and suffered his first ever whitewash against Higgins in a ranking event.

In fact Selby made no more than a handful of mistakes, but was demolished by one of snooker’s all-time greats at the peak of his powers. Higgins has been a pro for 29 years and won 30 ranking events including four world titles, but admits he has never been happier with his game.

The 45-year-old Scot is yet to conceded a frame in Milton Keynes this week, having beaten Jordan Brown 6-0 in first round. His next opponent is Kyren Wilson on Saturday evening.

Higgins hasn’t captured a ranking title since the 2018 Welsh Open but is now just two wins away from ending that drought and taking the £125,000 top prize. Today’s result is also crucial to his hopes of qualifying for next month’s Cazoo Tour Championship as he now moves into the top eight of the one-year ranking list. 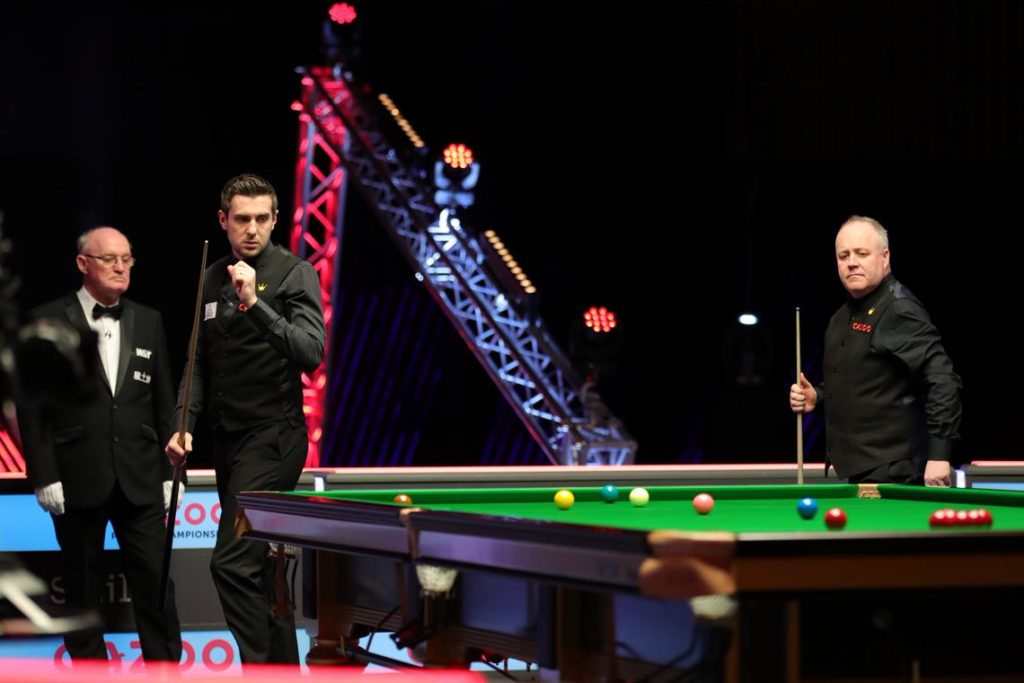 Breaks of 60, 70 and 63 gave Higgins the first three frames today as his opponent failed to scored a point. Selby had a rare scoring chance in frame four but potted just a red and blue before running out of position, and Higgins took it for 4-0.

The interval changed nothing as Higgins compiled a run of 100 to extend his lead. Selby potted the first red of frame six but didn’t finish on a colour, and Higgins won it with breaks of 49 and 60. The Wizard of Wishaw finished the match with a  97% pot success rate and a points aggregate of 546-7 in his favour.

“It’s the best I have ever played or ever felt,” said Higgins. “Doing it against someone like Mark is incredible. I have felt good about my game since the turn of the year. I lost to Yan Bingtao in the Masters final, then I had Covid and missed the German Masters, but I played well at the Welsh Open so I came here in good spirits.

“It would mean a lot to win the event but it means more to me that I’m hitting the ball well and feeling confident. Over the last couple of years I have been scratching about at some tournaments, not sure where my next win was coming from. Now I’m putting myself in positions to win and hopefully it will open up for me.

“I’ve got the utmost respect for Kyren Wilson in terms of the way he plays the game and goes about his career. He reminds of me of Mark Selby because he gives everything to the game and wants to keep on learning. He’s going to be around for years winning titles. I wish I was young like that, it would be brilliant to be involved at that age with so many big events now. Obviously I’m at the end of my career just hanging on.”

Selby said: “I’ve never had a match where I I had so few chances. John froze me out from start to finish, he played an incredible match.”