Higgins On The Brink

John Higgins’ match against Tian Pengfei was called to a halt at the end of the second session, with four-time Crucible king Higgins 9-7 ahead and one frame away from the second round.

The match will resume on the first available table in Monday’s night’s session, either after the match between Kyren Wilson and Gary Wilson, or the tie between Anthony McGill and Ricky Walden. 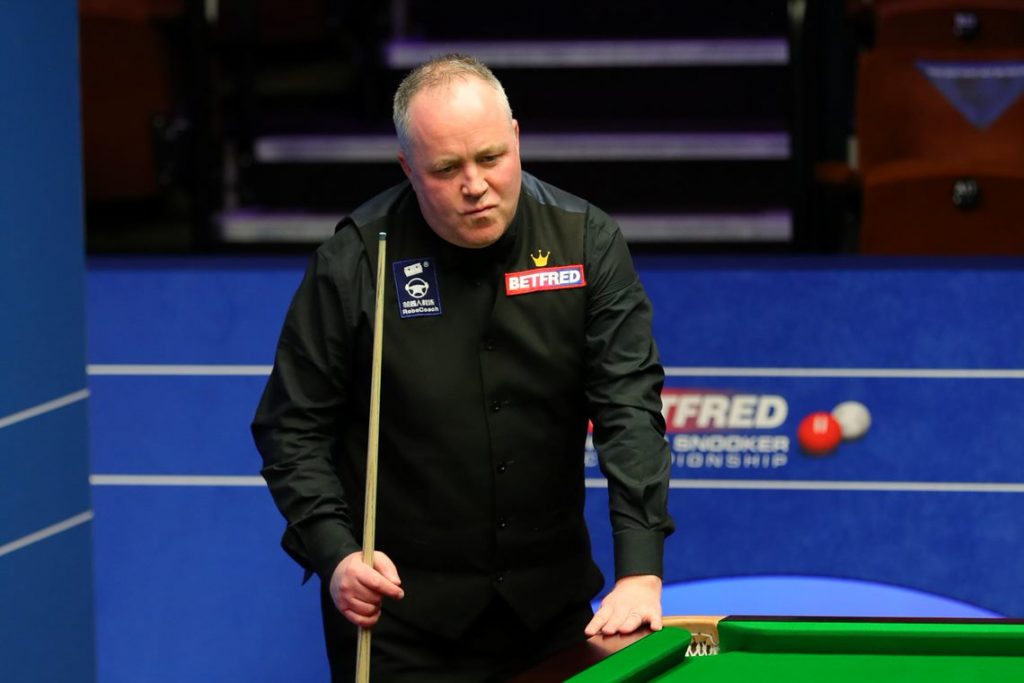 Scotland’s Higgins and China’s Tian started at 4-3 today having played only seven of the scheduled nine frames in the first session on Sunday. Tian raised his hopes of a shock victory as he extended his lead to 6-3 with breaks of  55 and 61. Higgins pulled one back with a 71 before a run of 57 helped Tian go 7-4 ahead.

From that point, world number 53 Tian struggled for fluency and made several crucial errors as he lost five frames in a row. Higgins, ranked 48 places higher, got the better of a scrappy 32-minute 12th frame, then made a 61 as he closed to 7-6.

Tian missed the final yellow when he looked set to win the 14th and his opponent took advantage for 7-7. Higgins then came from 60-0 down to take frame 15, securing it with a colours clearance. And having wrestled the initiative, Higgins made a 127 in what proved the last frame of the afternoon. First to ten tonight will earn a second round clash with Mark Williams or Sam Craigie. 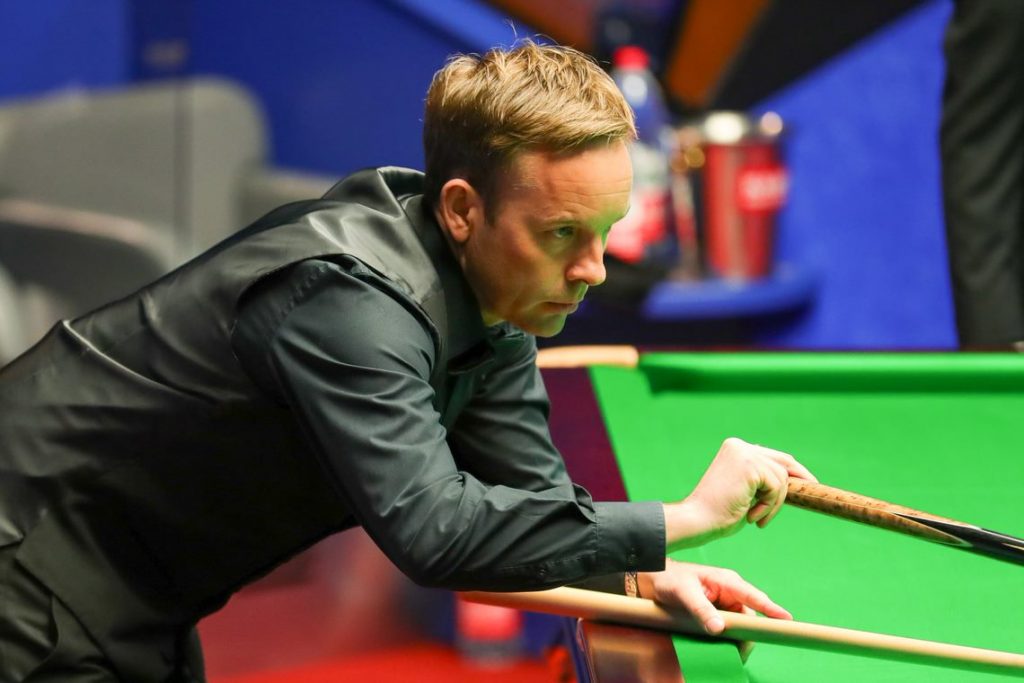 On the other table, Jack Lisowski leads Ali Carter 5-4 after a high quality session which featured a century and seven more breaks over 50.

Two-time Crucible finalist Carter made breaks of 89 and 61 in taking a 3-1 lead, before Lisowski hit back with 121 and 75 for 3-3.  In frame seven, Lisowski potted nine reds with blacks before missing a red with the rest on 72, but that proved enough to give him the lead. He got the better of a fragmented eighth frame for 5-3.

Carter made a 59 in the last of the session to trail by just one overnight. They are back on the baize at 10am on Tuesday.