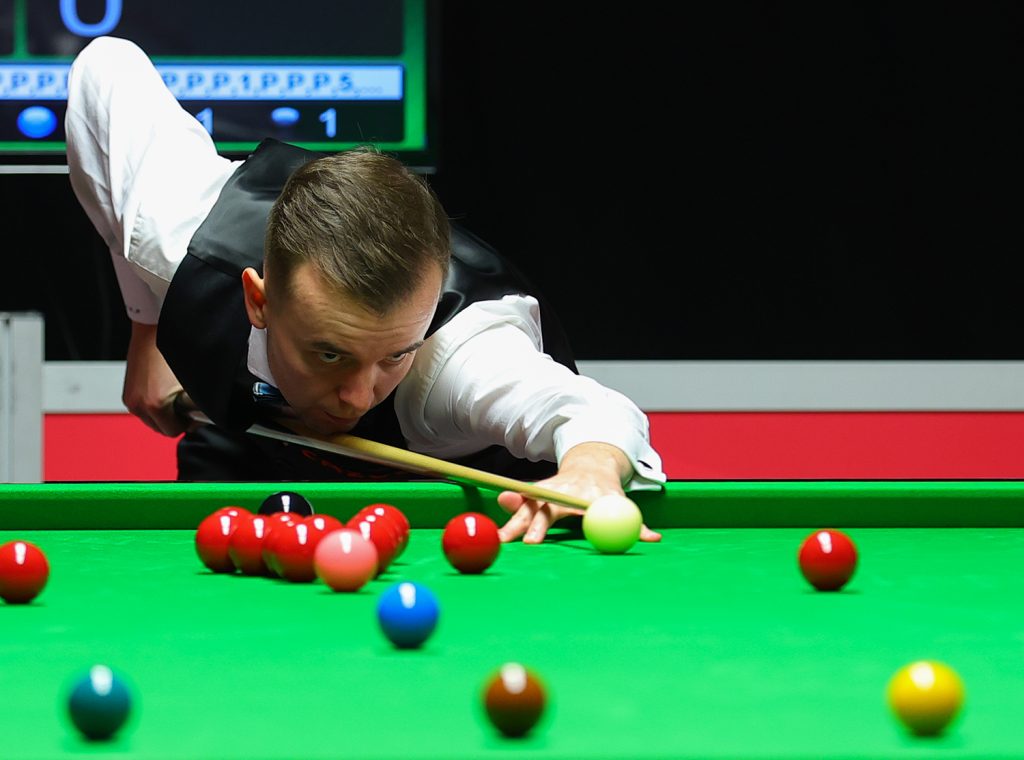 Ashley Hugill is renowned as one of the hardest working players on the tour, and is now reaping rewards as a 4-1 victory over Martin Gould earned him a quarter-final place at the BetVictor English Open.

York’s Hugill first turned pro in 2017 and can now look forward to his first appearance in the last eight of a ranking event. He will face Mark Allen at 7pm on Friday in Brentwood. Gould knocked out Ronnie O’Sullivan earlier in the day but couldn’t build on that success in the evening session.

Hugill won the WSF Open, the biggest title in amateur snooker, in 2020 and qualified for the Crucible for the first time last season. The 28-year-old has now achieved another career milestone, and that’s a result of many hours of hard graft, on and off the table. He even recently completed a marathon on his own, running 13 miles into the Peak District and then back to his Sheffield home.

“I’m definitely one of the hardest workers on the tour, not just in practice, but keeping fit, eating right and going to bed early. Hopefully that will get me somewhere,” said Hugill, who made breaks of 101, 65 and 64 tonight. “I might not be as talented as many other players on the tour but I work really hard and try to do as many things right as I can.

“I’m just happy to play well when I needed to tonight, that shows I’m moving in the right direction. We played on table four tonight which I have played all my matches on this week, so that was a nice advantage. I made a century in the first frame so Martin was on the back foot straight away.

“I don’t really get intimidated, I just try to enjoy the game and take it in. I’ll just focus on myself tomorrow, try to limit my mistakes and make sure I enjoy it. I work with Ian McCulloch and he always says the most important thing is to enjoy it because you never know when it’s going to be your last game.”

Allen remained on target for a third ranking title of the season as he beat John Astley 4-1 with a top break of 100. “I didn’t have my best stuff tonight,” insisted Allen, winner of the Northern Ireland Open and UK Championship. “I switched off mentally at 2-0, so I’ll have to go back to the room tonight and think about what I was doing and how to put it right.

“I’ve potentially got three very tough matches, I’m just happy that I keep putting myself in these positions and if I do that then I know I’ll win more. I want to finish this year off the right way and hopefully enjoy Christmas with another trophy under my belt. After the Scottish Open I spent a lot of time on my own on the practice table and I feel I’m in a better place now with my technique. ”

Judd Trump will reach a ranking event semi-final for the first time this season if he can beat Luca Brecel. Trump beat Thepchaiya Un-Nooh 4-2 with a top run of 72. Brecel top scored with 94 in a 4-2 win over Jamie Jones. 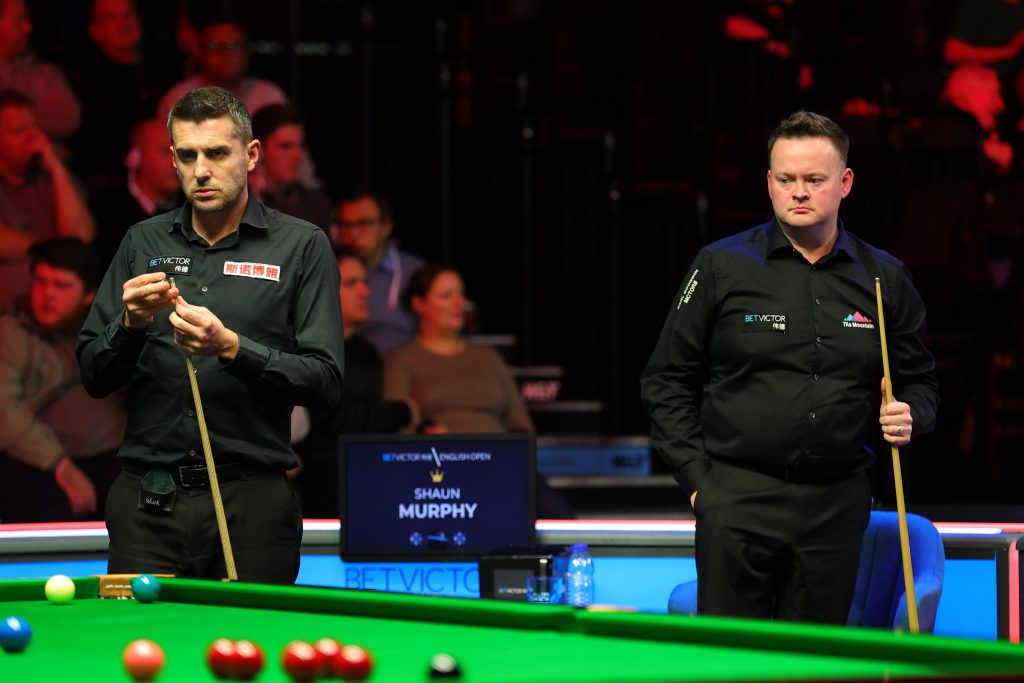 Mark Selby edged out Shaun Murphy 4-3 thanks to a break of 53 in the decider. Selby now takes on Ali Carter, who followed up a last 32 win over Jack Lisowski by beating John Higgins 4-2 with a tremendous performance.

Higgins scored just one point in the first three frames as breaks of 86, 70 and 136 put Carter 3-0 ahead, and the Englishman later sealed victory in frame six with a 142 total clearance, the new front-runner for the £5,000 high break prize. That result ends Higgins’ hopes of qualifying for the World Grand Prix as he remains well outside the top 32 of the one-year ranking list. Hugill can still earn a place by reaching the final. For updates on that race, click here.