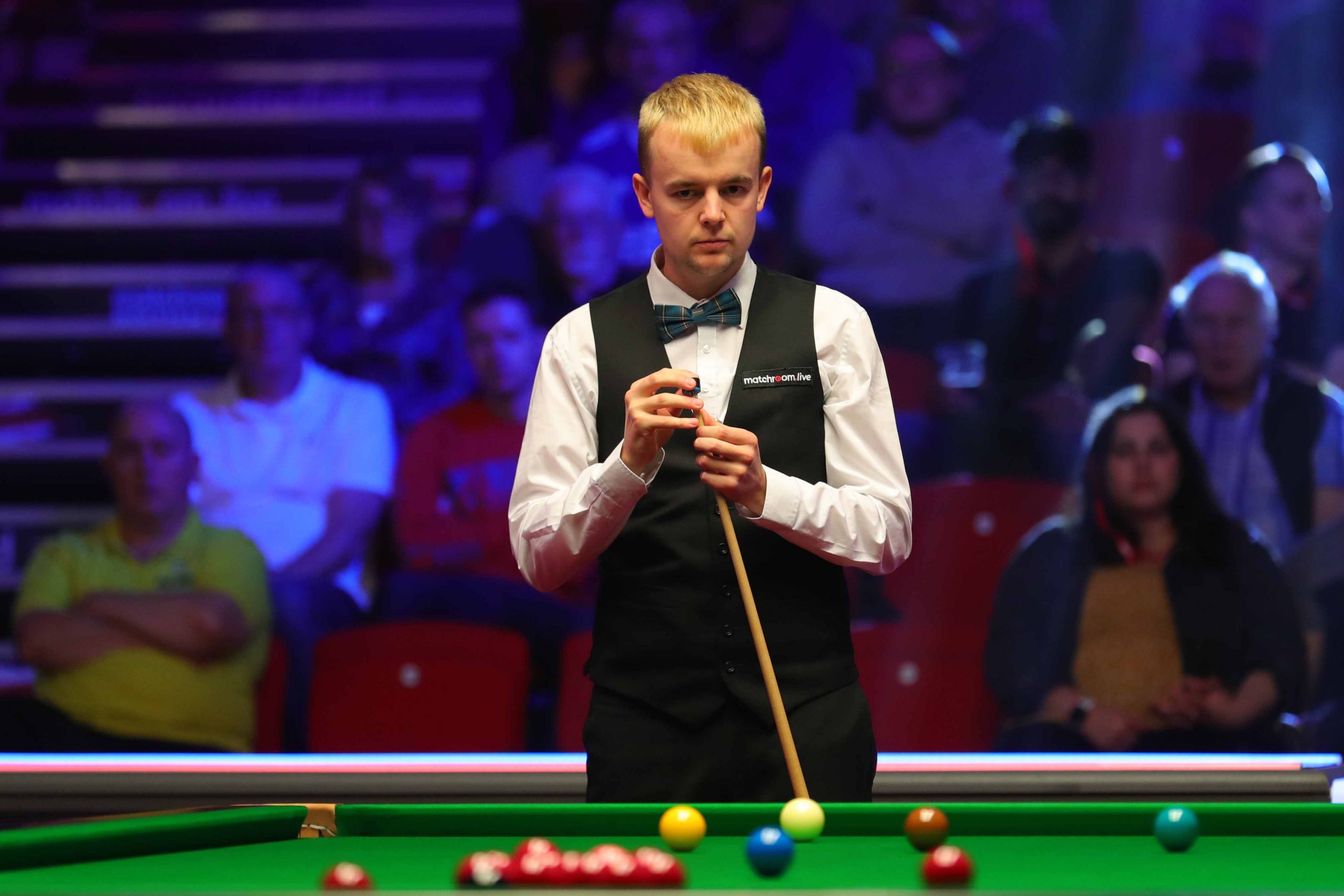 World number 79 Ashley Hugill said his 3-2 victory over four-time ranking event winner Kyren Wilson at the matchroom.live British Open was the biggest win of his career.

The manner of the defeat for Wilson highlighted the cutthroat nature of this quickfire best of five format, with the Warrior unable to get over the line despite compiling two century runs.

World number six Wilson opened up the tie with a fine break of 101 to move 1-0 ahead. However, 2020 WSF Open winner Hugill responded by snatching a dramatic second frame on the black. The York cueman followed that up with a run of 80 to move a frame from victory at 2-1.

Former Crucible finalist Wilson kept himself in contention with a century contribution of 115. It was to no avail, as Hugill composed a break of 57 in the decider to help himself over the line. The draw for the second round has pitted Hugill against Anthony Hamilton, who defeated Ukrainian Iulian Boiko 3-2.

Hugill said: “It has to be the biggest win of my career – against the world number six, a really top player, and also my first one on the main TV table in a major tournament apart from the Shootout.

“I am very happy. I took confidence from my performances in the Championship League and went out knowing I couldn’t back down or shy away.

“I am back to Sheffield tonight where I am based. In practice I am trying to play Yan Bingtao at least three times a week, and that is doing me good.”