Mark Allen has been the player of the season so far, but his miserable run of results at Alexandra Palace continued as he was whitewashed 6-0 by Barry Hawkins in the first round of the Cazoo Masters.

Allen won the Northern Ireland Open and the Cazoo UK Championship in the first half of the season, but was soundly beaten today and outmaneuvered in tactical exchanges. “Barry’s safety was phenomenal,” said Allen, who won the Masters in 2018 but has since suffered five consecutive first round defeats. “So many times I came to the table had no shot. I said to him at the end, it was probably one of the best safety displays I have come against as a pro. I lost to John Higgins at the Crucible in 2017 and his safety was incredible, but what Barry did today was right up there.” 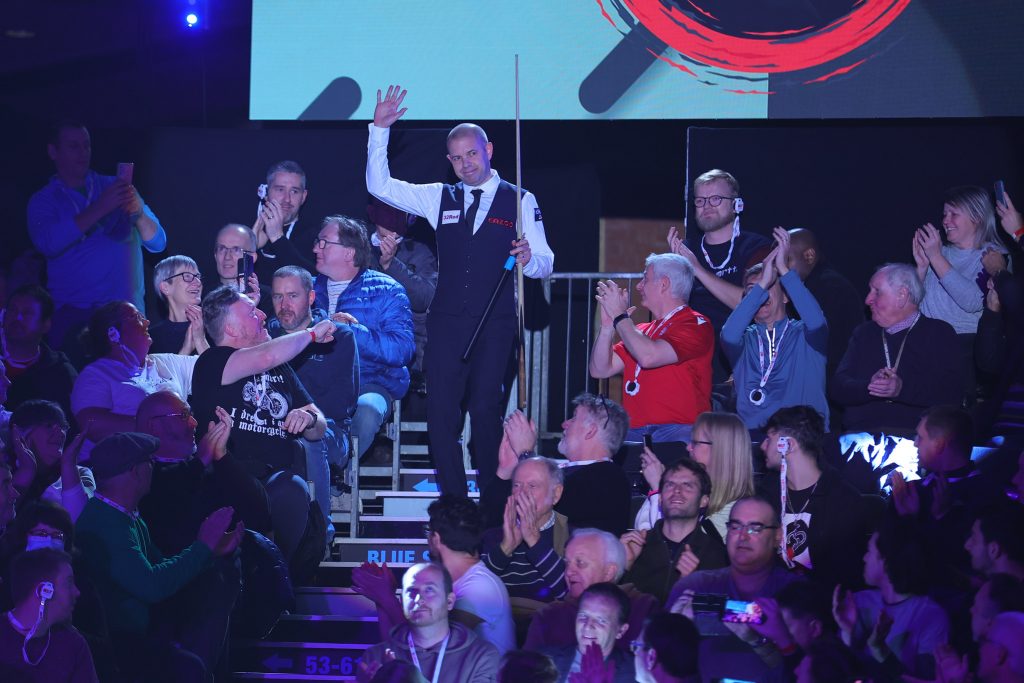 Hawkins enjoys the big occasion and reached the final in London last year, knocking out Shaun Murphy, Mark Selby and Judd Trump before losing 10-4 to Neil Robertson. The 43-year-old, who was also runner-up in 2016, will meet Trump again in the quarter-finals on Friday afternoon, if Trump can get the better of Ryan Day on Wednesday.

World number five Allen led 55-0 in the opening frame but couldn’t close it out, and eventually lost a safety battle on the brown, Hawkins slotting in a long pot and adding blue and pink to snatch it. Breaks of 76 and 114 saw the Londoner extend his advantage to 3-0.

In the fourth, Hawkins led 64-43 when he left the last red in the jaws of a top corner, playing with the long rest. But Allen’s chance to pull a frame back ended when he overcut the brown to a baulk pocket, leaving him 4-0 behind. World number 13 Hawkins dominated frame five with runs of 45 and 41 to stretch his lead. 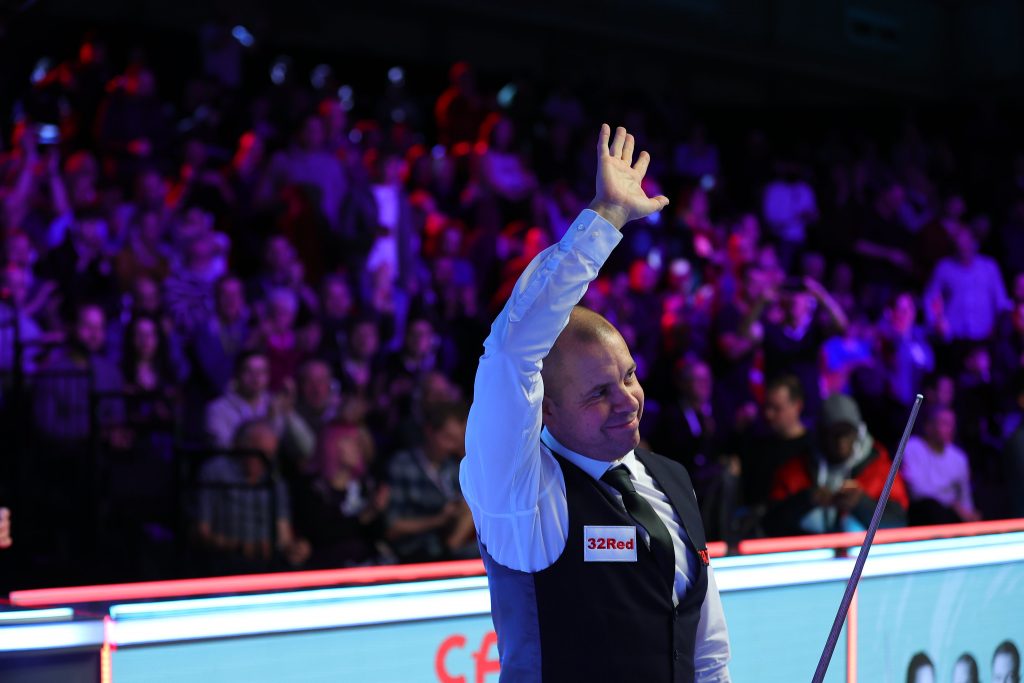 Northern Ireland’s Allen had opportunities to gain a foothold in the match in a scrappy sixth frame, but missed a red with the rest on 45, and later made a safety error with two reds remaining. Hawkins cleared the table to reach his fifth Masters quarter-final.

“Every department has to be strong at this level,” said Hawkins. “My safety was the strongest part today and I didn’t make many unforced errors. I had a bit of luck as well and you have to take that when it comes along. The first frame was massive, to nick that really settled me down. Then the fourth was important as well because at 3-1 he would have been back in the match. When he missed that brown it must have been in his head.

“It’s all about how you settle and how you handle the occasion. I have been to big finals and won massive matches under pressure, but I have also folded in finals. Neil played fantastic stuff against me last year, I have played some of the best players who have ever picked up a cue in finals, as soon as you are off your game then they destroy you. But I feel I’m in a good place to handle that situation if I got there again.”

Allen said: “I could have won the first frame, then didn’t see a ball for the next two. Frame four was the one that got away, it was a bad miss on the brown. I’m disappointed to be out of the Masters, but I don’t really know how I played because I didn’t have many chances to get my hand on the table. I’ll get back to the practice table and get ready for the World Grand Prix.”