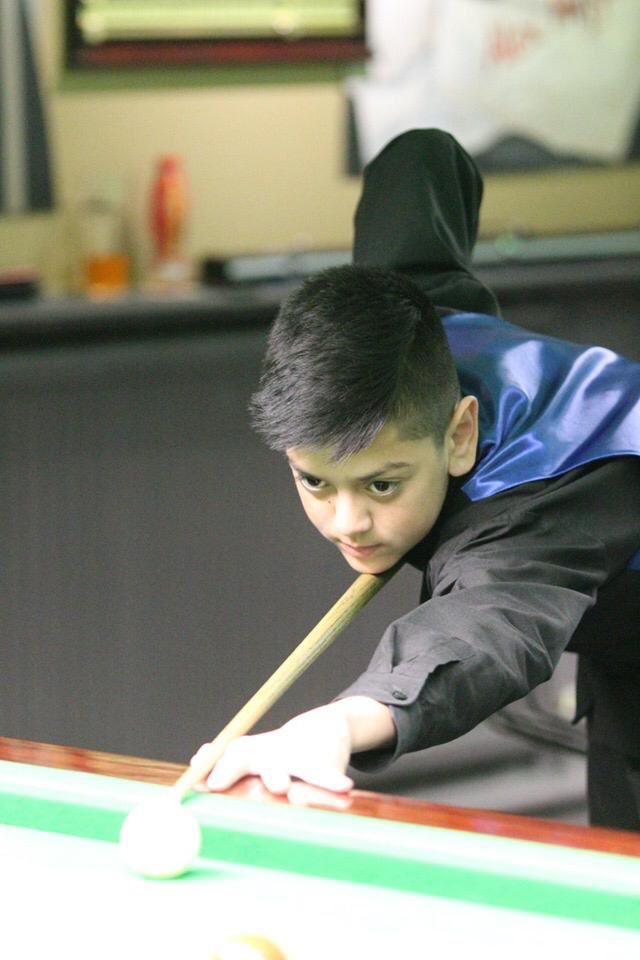 Iqbal has been awarded a wildcard to compete by virtue of being the highest ranked under-21 player in the overall Scottish amateur rankings. Iqbal is also a former runner-up in the national under-16 and under-21 championships.

It will be a proud occasion for the Iqbal family when Amaan walks out to face Saengkham. Father Shehzad was himself an aspiring snooker player when he was younger and he has three other children, Ayaan (14), Azaan (12) and Adyan (10), who all harbour professional ambitions themselves.

After seeing his children develop such a passion for the sport, Shehzad decided to build his own practice facility on the premises of his car trading business, the Rutherglen Motor Company.

“I grew up playing with Stephen Maguire, we shared the same coach Eddie Gill, when we were younger. I played with Alan McManus for years, John Higgins as well so I know all of the boys,” 41-year-old Shehzad explained. “My father was just a normal working class guy. Most of the time my father just came up to me and said he had no money left and that I had to go out and get a job rather than play snooker. We have had to work hard for years to get to where we are now. I spent time as a waiter in a restaurant and as a taxi driver, before getting into the car trade. 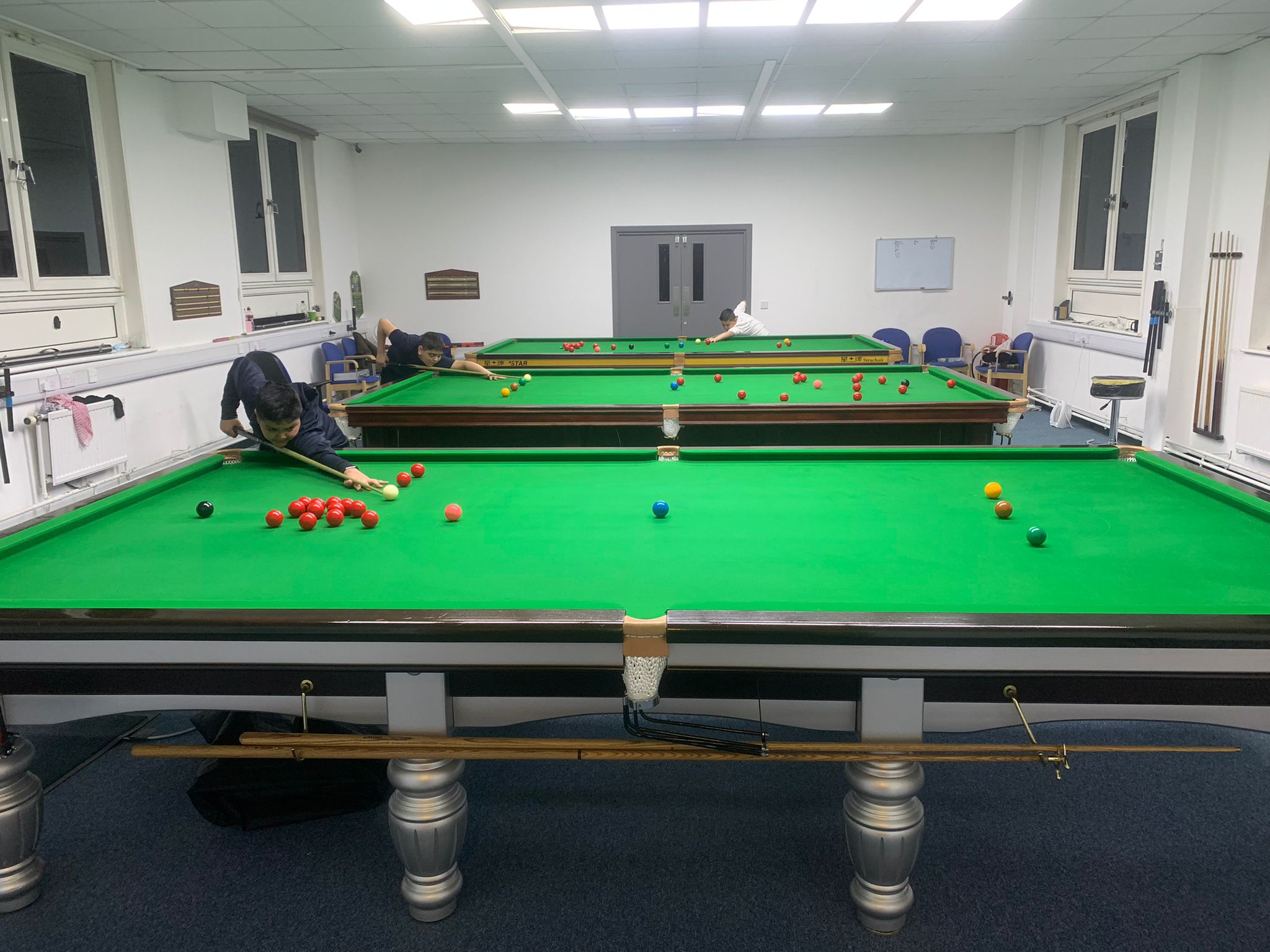 The Iqbal family hard at work in their training unit.

“I stopped playing for a long time, but always used to watch the big events when they came on TV. My wee boys all asked me why I was watching it, so I showed them my cue and explained that I used to play. I took them up to the club to have a go themselves and since then they’ve never looked back.

“It was just costing too much to get the boys down at the clubs all of the time. I said to them that I could set something up for them, but I told them that they had to show a lot of dedication for it to be worth it. I’ve got a three table setup at my work, where I buy and sell cars, and the boys play out of there. I managed to find a unit where I can fit three tables in. It is a cracking setup, I’ve got table heating and everything in there. I am about a three-minute drive from the Emirates Arena where the Scottish Open was. We are all quite dedicated. I’m dedicated and my boys are dedicated. They want to make a success of themselves.” 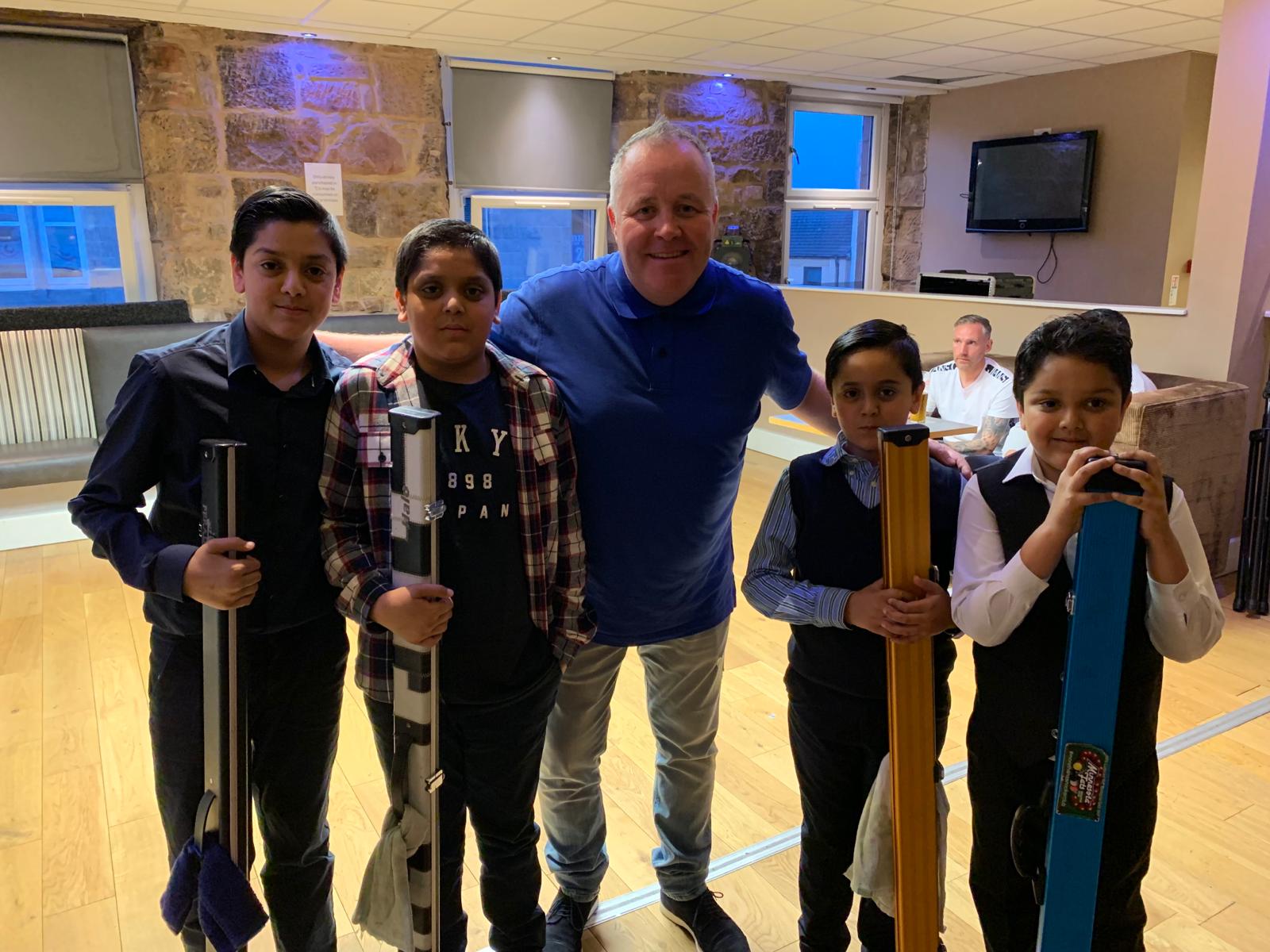 Amaan’s clash with Saengkham takes place in the 10am session on Monday morning and father Shehzad can’t wait to witness his son take to the baize. He admits that seeing him compete on the world stage will be an emotional moment.

“It is an absolute dream to see him play in a tournament like that. To watch my son go out into an arena with absolute superstars playing in it will be such a proud moment. It just doesn’t get any better than that. I want him to go out there and enjoy the experience. That is a lifetime experience. There are millions in the world that would love to go out there and have a chance to do that.”

Tickets to see the best in the world take to the Venue Cymru in Llandudno from December 6th to 12th remain available. Click here to book now.