A Go Fund Me page has been set up for the family of Jake Nicholson, the talented snooker player who sadly died this week at the age of 28 after a battle with cancer.

CLICK HERE FOR THE GO FUND ME PAGE and help support Jake’s family.

Fellow player Jamie Curtis-Barrett, who set up the fund-raiser, wrote on Facebook: “It is with great sadness the snooker world lost a true friend to many, a true champion and a man who made so many people smile. Jake lost his biggest fight to an illness he fought until he could no more.

“We have all lost friends and relatives but this was a tragedy for someone to be taken from us so soon. He loved snooker and it was his life, along with his family and his parents. I’m putting this page up to try to raise funds for his family. Money is nothing in life but it is needed to get by. This has come as a massive shock to many.

“So for anyone willing to contribute, anything will be welcomed. This is for Jake’s family in such horrendous circumstances.” 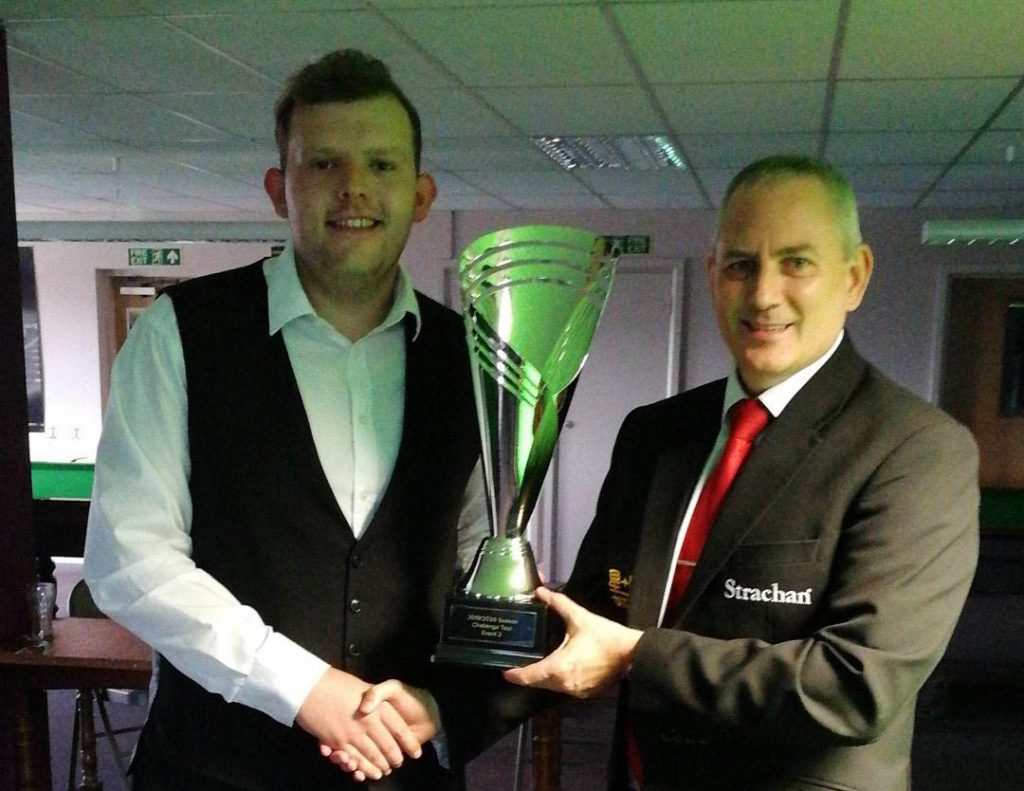 Nicholson, from Flamborough in Yorkshire, was a popular character on the amateur circuit and will be much missed by all of his friends in snooker.

As a junior, Nicholson represented England at under-21 level. In 2019 he won a Challenge Tour event, beating Andrew Pagett 3-1 in the final in Newbury. That got him into the 2020 Challenge Tour Play-Offs, where he reached the semi-finals before losing to Allan Taylor.

Nicholson also competed in the World Championship qualifiers in 2020 and beat Brandon Sargeant before losing to Jak Jones, while in the English Amateur Championship in the same year he reached the last 16.

WPBSA Chairman Jason Ferguson said: “We are deeply saddened to hear that Jake has passed away. Our sport will come together to remember this very talented and likeable young man who had a great future ahead of him.

“I remember congratulating him when he won a Challenge Tour event two years ago and thinking he could be a star in the making, because he had so much ability. It’s so sad that he does not have the chance to fulfil his dreams.

“Our thoughts and sincere condolences are with Jake’s parents and all of his friends and family.”

Many of Jake’s fellow players have paid tribute to him:

Oliver Lines: “Jake my bro I don’t even know where to begin, you knew how much you meant to me and our whole family! I hope you’re finally not in any more pain, I will miss you forever, until we meet again, I love you brother!”

Sanderson Lam: “You were my brother, my best mate, I can’t believe you’ve been taken away from us, you were so positive in life and we had so many memories together, and I wish I could have seen you before you left us, you will be missed very much and we all love you so much, you rest in peace.”

Peter Devlin: “Gutted to hear the news about Jake Nicholson. I will always remember playing a tournament in Leeds. I was about 16, and he was on the table next to me. He had three centuries in a best of seven, and I was inspired by that. Great player and nice lad. Life can be very cruel, RIP Jake.”

Steven Hallworth: “Devastated. Eight years to the day we were competing for England together at the World Under 21s in China. An extremely talented player, an even better bloke. Will miss your infectious and sometimes quite ridiculous laugh. Rest easy Jake, brother.”

Barry Pinches: “I’m devastated to hear the news today that Jake Nicholson has passed away. A promising young snooker player and a lovely lad too. My thoughts are with his family. RIP Jake.”