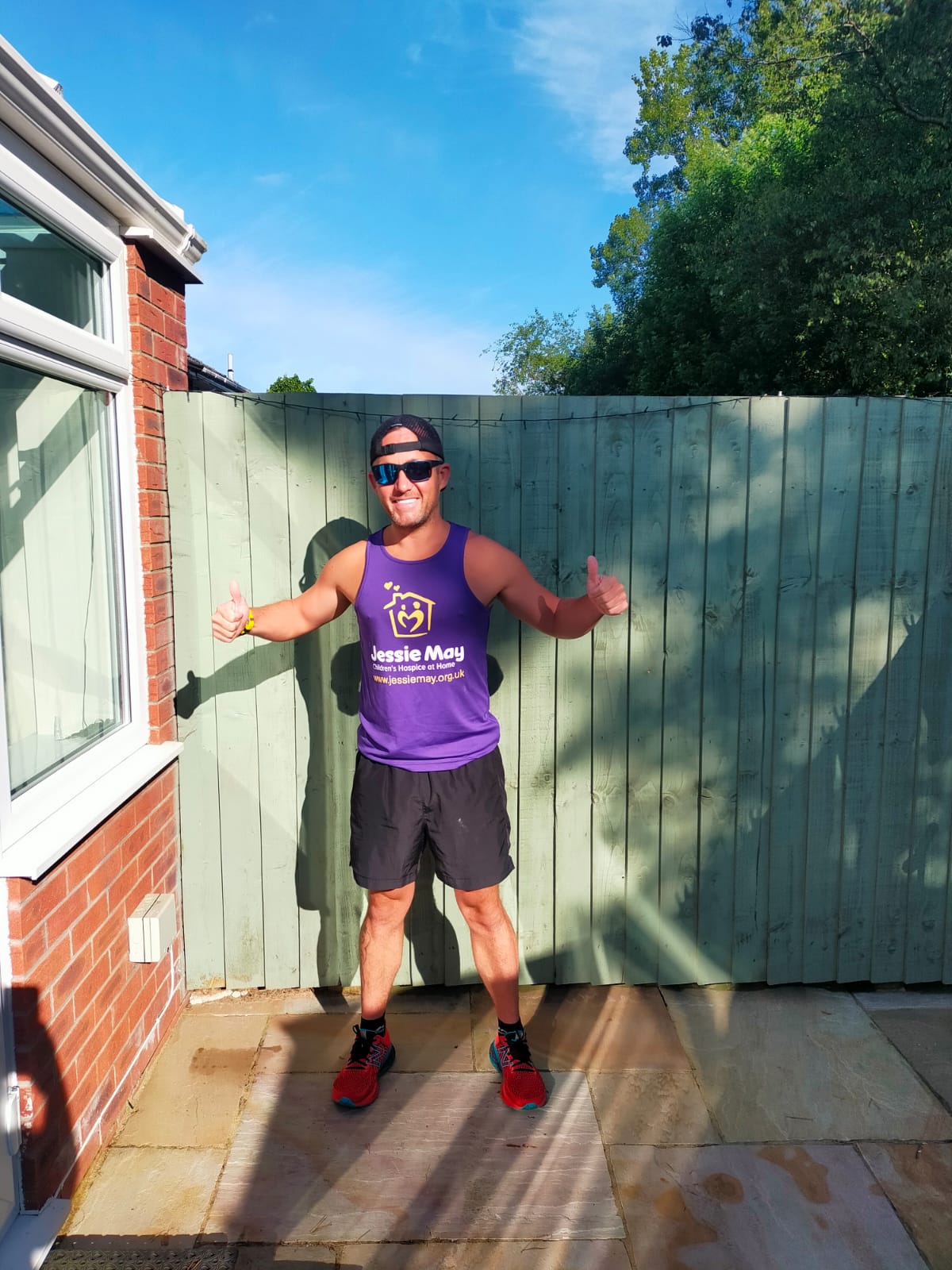 World number 31 Jamie Jones is using his summer break to prepare for his first ever London Marathon in October, when he participates in the iconic race to raise funds for Jessie May Children’s Hospice at Home.

To donate to Jamie’s Just Giving page for Jessie May click here.

Welshman Jones is a keen runner, but has never tackled the daunting 26.2 mile marathon distance before. He has found the training process an incredibly enriching one so far. The Neath cueman is also doing all he can away from running to raise money, including an exhibition at London Snooker in Tooting on Sunday June 19th. (play gets underway at 12pm and tickets will be available on the day, with all proceeds to Jessie May)

On the table Jones is hoping he can to kick on after an out of sorts 21/22 campaign, which he did finish on a positive note by qualifying for the Crucible, where he narrowly lost 10-7 against defending champion Mark Selby. He has recently elected to start working with coach Chris Henry ahead of the upcoming season.

Jamie, what have you been up to with your training so far?

“I did a 15-mile hill race at the weekend called the Beast of Bryn. It is in the Welsh valleys near where we live and we were running through the mountains for the whole thing. Don’t get me wrong, the scenery is absolutely amazing, but the last two or three miles were absolutely brutal. I was dying by the end of it.

“The guy I ran it with did the London Marathon last year and he said that with all of the hills and the climbing, it was a similar amount of effort to a marathon. Things are going well, I’m training really well and I’m going to join a running club next week called Port Talbot Harriers. It is all looking good.”

How often are you running at the moment?

“I’m doing the Swansea Half Marathon in a couple of weeks and if there are other races like that, which fit in my schedule, I am doing them. I am trying to do a long run each week. So it isn’t just the race itself, it is all the little things which are coming up as a result. I’ve made a lot of new friends and I am entering so many races, as well as raising money for a great charity. Everything to come out of this has been positive and it has opened up a whole new world for me.

“I think I’m noticeably fitter. I was up and about the day after the Beast of Bryn race, so the training is really paying off. I pretty much don’t have any days off from running now. This is more of a lifestyle thing for me. I think you can probably do a half marathon and not train, but I know you have to put the work in for this. If you don’t then you will absolutely ruin your body. I have tournaments in October as well, so I don’t want to be limping around events. I want to put the work in now so that I’m fit enough to handle it. I don’t want to upset my game, as I am a snooker player and not a runner!” 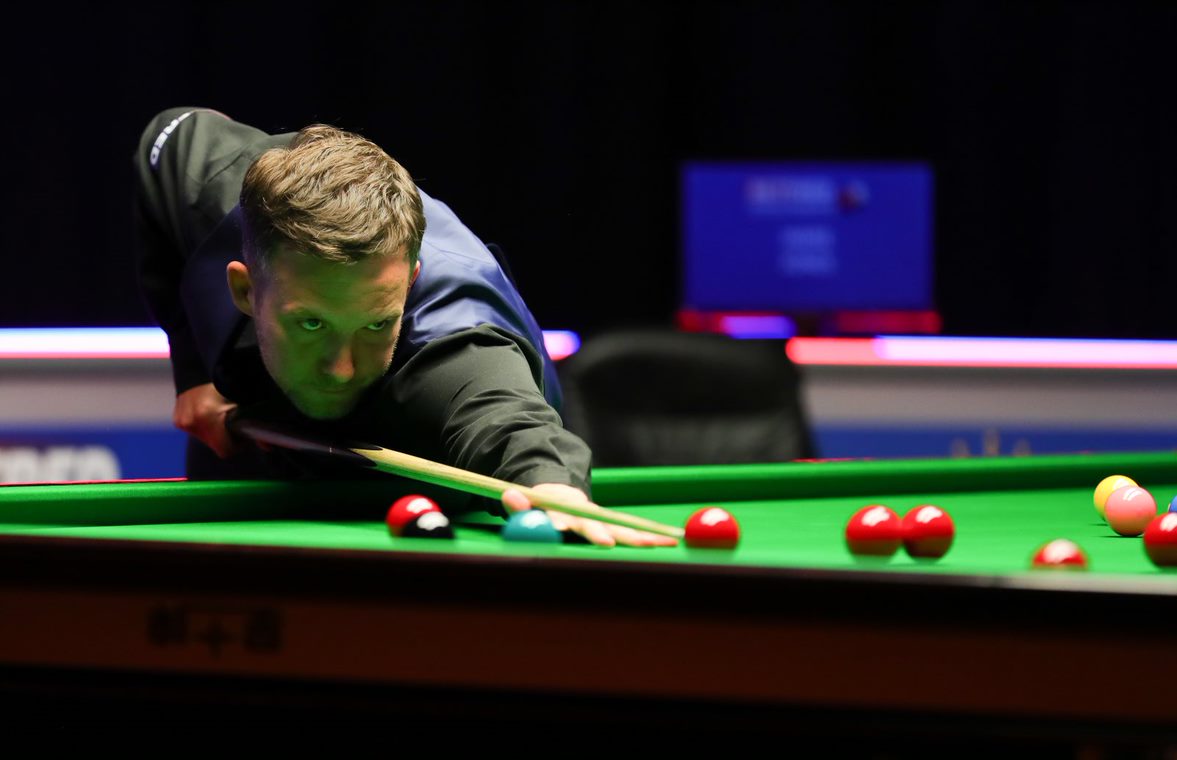 How did your exhibition in Tooting come about?

“I’ve got a friend who lives up in London, he is from Neath originally. We were going out for food in London and he wanted me to come along with him to his club and show him a few shots. When he found out about all of the fundraising that I needed to do, he had a conversation with the club and they have been really helpful. I’m going down at noon on Sunday the 19th and I’m going to play ten frames in the afternoon and ten frames at night. It is going to be £20 for a frame against me, so that gives me a guarantee of £400 for Jessie May and we will have various other things like auctions throughout the night.

“The club is called London Snooker, but it is in Tooting and it is the club where Jimmy White used to play at growing up. When I was a kid I was always reading all the stories about people like Jimmy White and Tony Meo, with all the money matches and things which went on in the clubs. When I went down there with my mate, I was thinking that these walls can tell a lot of tales. I can’t wait to play there and it should be a great day.”

How did you feel about the end of last season and why have you elected to start working with Chris Henry?

“It was a bit of a rescue mission at Crucible qualifying, after a poor season. You are always going to have sticky stages with so many great players on tour. I didn’t really play well in any of my matches at the worlds, so I was pleased to qualify. I struggled a little bit against Selby but I played better at the end of the match to finish on a positive note. I’m going over to Bruges to do a bit of work with Chris Henry in a couple of weeks. I want to get a bit more understanding of my game. I’ve never had a snooker coach. I think it is time now for me to see why I do what I do. Hopefully that can push me on to the next level.

“I approached Chris at the qualifiers for the World Championship. I’ve known him for years and I asked the question. I know he is with a lot of players and I asked if he could fit me in. It all sounds really interesting. This is a little change for me and I hope if will freshen things up. The one thing I’ve noticed with Chris is that he is a very positive person to be around. He has a way of making you feel better about yourself. I think a bit more positivity is needed within myself and I’m sure Chris can help me with that.”

To donate to Jamie’s Just Giving page for Jessie May click here.