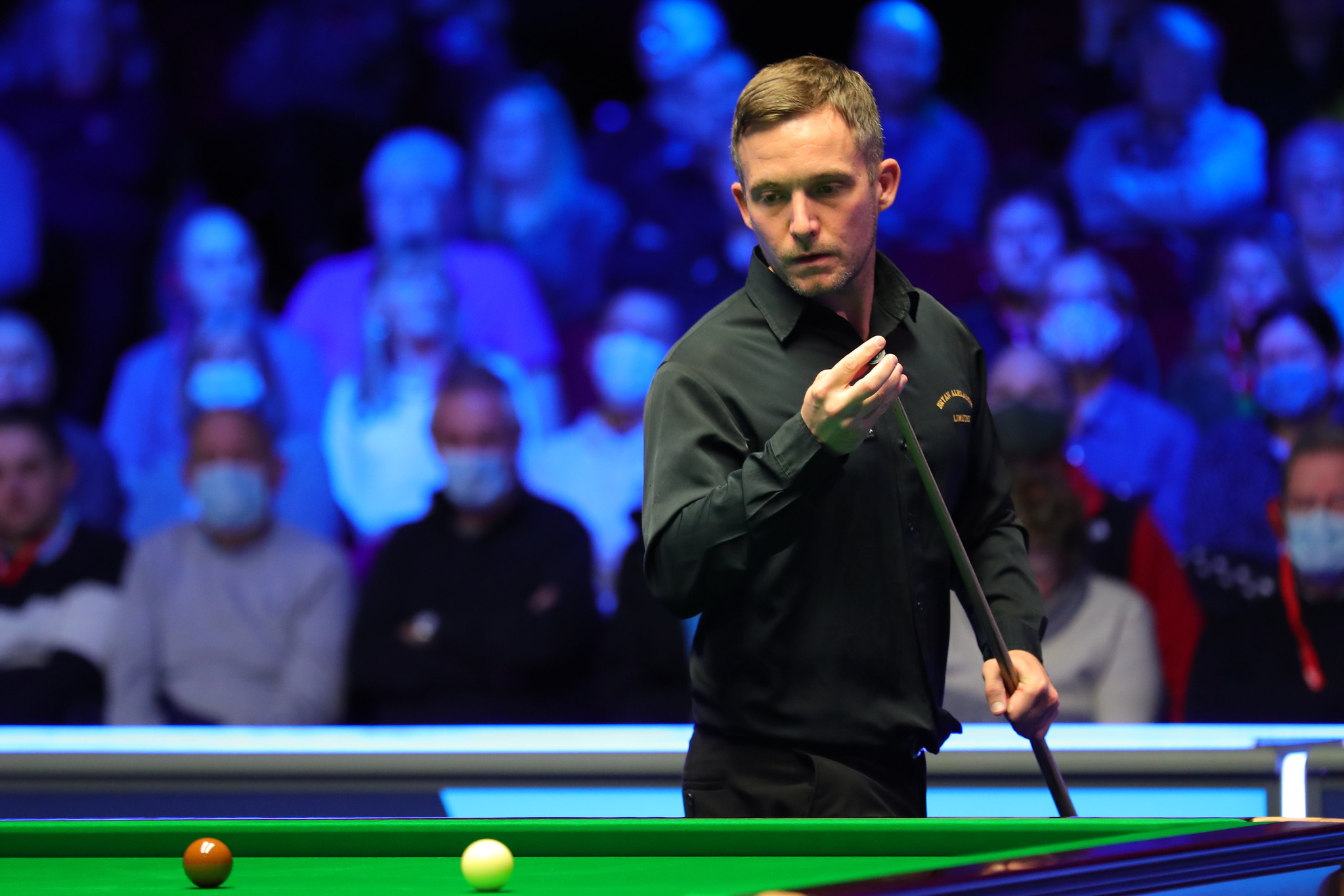 Jamie Jones came from requiring snookers at 3-1 down to stun home favourite John Higgins and win 4-3 in their last 32 clash at the BetVictor Scottish Open in Edinburgh.

It’s the first time that Welshman Jones has beaten four-time World Champion Higgins in ten years. The last time he prevailed against the Scot was at the 2012 PTC Grand Final.

Jones has already enjoyed success in this event, having made the semi-finals back in 2020, when it was contested behind closed doors due to the coronavirus pandemic. Next up he faces Thepchaiya Un-Nooh for a spot in this year’s quarter-finals.

Defeat for Higgins ends his quest to get his hands on the Stephen Hendry Trophy for a first time. The 31-time ranking event winner was runner-up to Marco Fu in the inaugural event back in 2016 and to Luca Brecel last year.

Higgins is also left stranded in 74th position on the live one-year list. The Glaswegian must put in a strong showing at the English Open to stand any chance of reaching the World Grand Prix, where only the top 32 qualify.

Jones found himself needing two snookers to stay in the match at 3-1 down this afternoon, but dramatically got them and clinched the frame on the black to remain alive 3-2. He came from behind to win the sixth and then controlled the decider to run out a 4-3 victor.

“When I won the fifth frame I thought to try to get a foothold in the match. We were both missing and I just thought that if I could miss a little less than him I could get over the line. I did well,” said 34-year-old Jones. “He is one of my idols. Just to be playing out there with him is great, but to beat him is going to give me confidence.”

Higgins said: “When I walked in today I was talking to an old lady with lung cancer. She said it was brilliant to get to see me and she hasn’t got long to live. You just have to tell yourself that you have lost one game of snooker and there are other people going through a hell of a lot worse. I am dissapointed, but I live to fight another day and I live to fight another thousand days probably on the snooker table. That is the way life is.”

Jack Lisowski produced a blitz of breaks to edge out Ali Carter 4-3. He compiled runs of 139, 101 64 and 137 en route to victory. The six-time ranking event finalist now plays Mark Selby this evening.

Kyren Wilson dumped out Scotland’s Stephen Maguire 4-2 and faces Zhou Yuelong for a place in the quarter-finals.