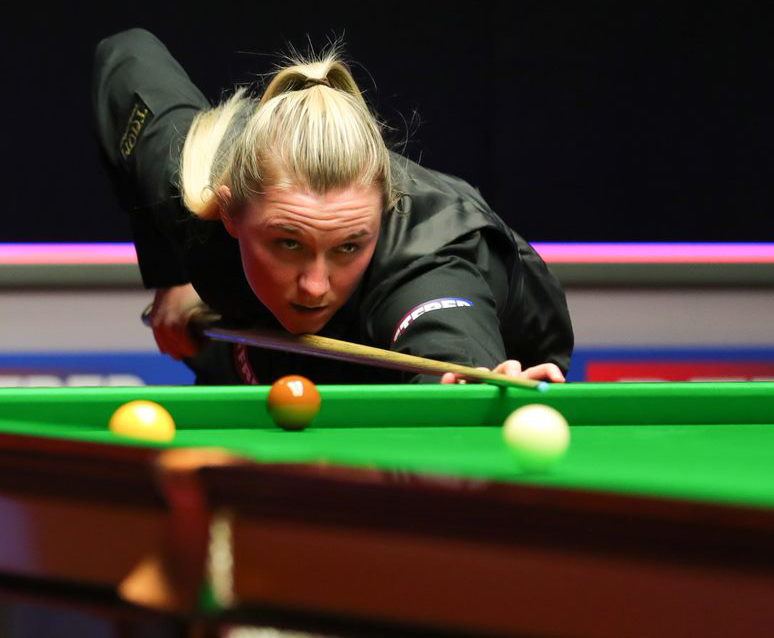 Rebecca Kenna won a match at Q School for the first time, making a superb break of 92 in the deciding frame to beat John Pritchett 4-3.

Women’s world number four Kenna is through to the second round of event two in Sheffield and will meet Phil O’Kane on Friday. She will need another five wins to earn a two-year tour card.

This is Kenna’s second visit to Q School as she first played in the event in 2019, and the 32-year-old from Yorkshire now has an impressive win under her belt.

From 2-1 down, Kenna won a scrappy fourth frame, then made runs of 26 and 38 to lead 3-2. Pritchett made it 3-3 but Kenna finished in style by taking the decider in one visit.

David Lilley let slip a 3-0 lead against Callum Lloyd but eventually got the better of a scrappy decider to win 4-3.

Germany’s promising Umut Dikme scored a 4-2 win over James Silverwood, knocking in breaks of 62 and 77

Belgium’s 18-year-old Julien Leclerqc, who knocked Soheil Vahedi out of the Betfred World Championship qualifiers in April, scored a 4-0 win over Evan Munro.