Just 16 players remain at the BetVictor Shoot Out, with the champion to be crowned by 11pm on Sunday night.

Pick of the fourth round ties is three-time World Champion Mark Williams against 2019 Shoot Out king Thepchaiya Un-Nooh.

Williams enjoyed a last-gasp win over Xiao Guodong in the last 32 to boost his hopes of reaching the final of this event for the first time. With ten seconds remaining and the score tied at 28-28, Xiao played a loose safety shot, leaving Williams a chance at a red to a baulk corner, which he thumped in just as the clock hit zero. 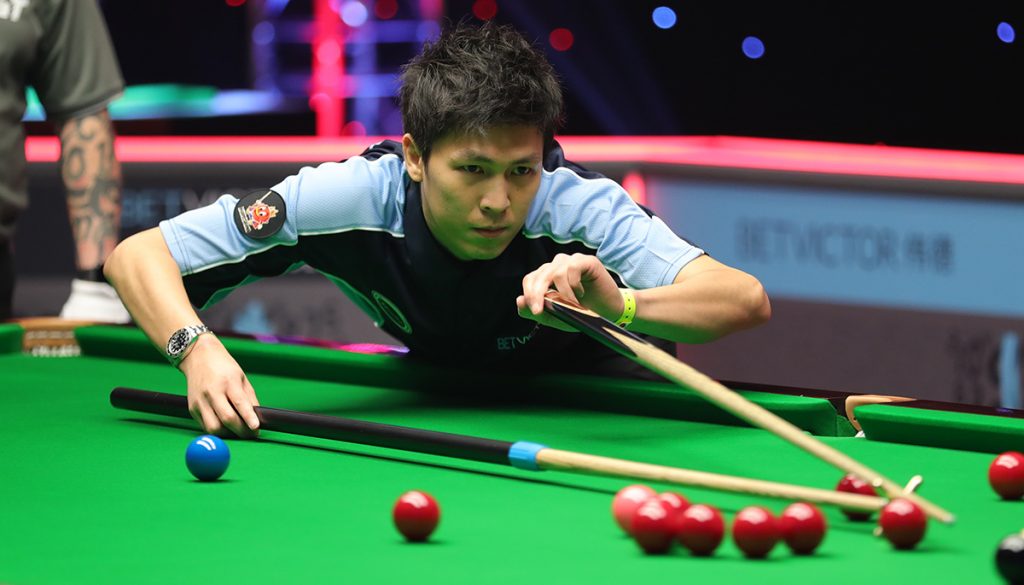 Williams, Un-Nooh, Mark Selby, Mark Allen and David Gilbert are all aiming to become the first player ranked inside the world’s top 16 to win this event.

Three amateurs are still in the draw: Craig Steadman, Ian Martin and Northern Ireland’s Declan Lavery. Martin trailed Sunny Akani 15-5 with 70 seconds to go, then had a huge slice of luck as an attempted red to a top corner flicked off another red and went in. He added pink, red and blue for victory.

Hayden Pinhey almost joined them as he led Lyu Haotian 33-15 in the closing stages, but a missed red cost Pinhey as Lyu punished him with a break of 22.

Ken Doherty was 27-10 up on Noppon Saengkham when he went in-off as he potted the blue, and that ended the Irishman’s hopes as Thailand’s Saengkham went through with a run of 22.

The action resumes at 7pm.