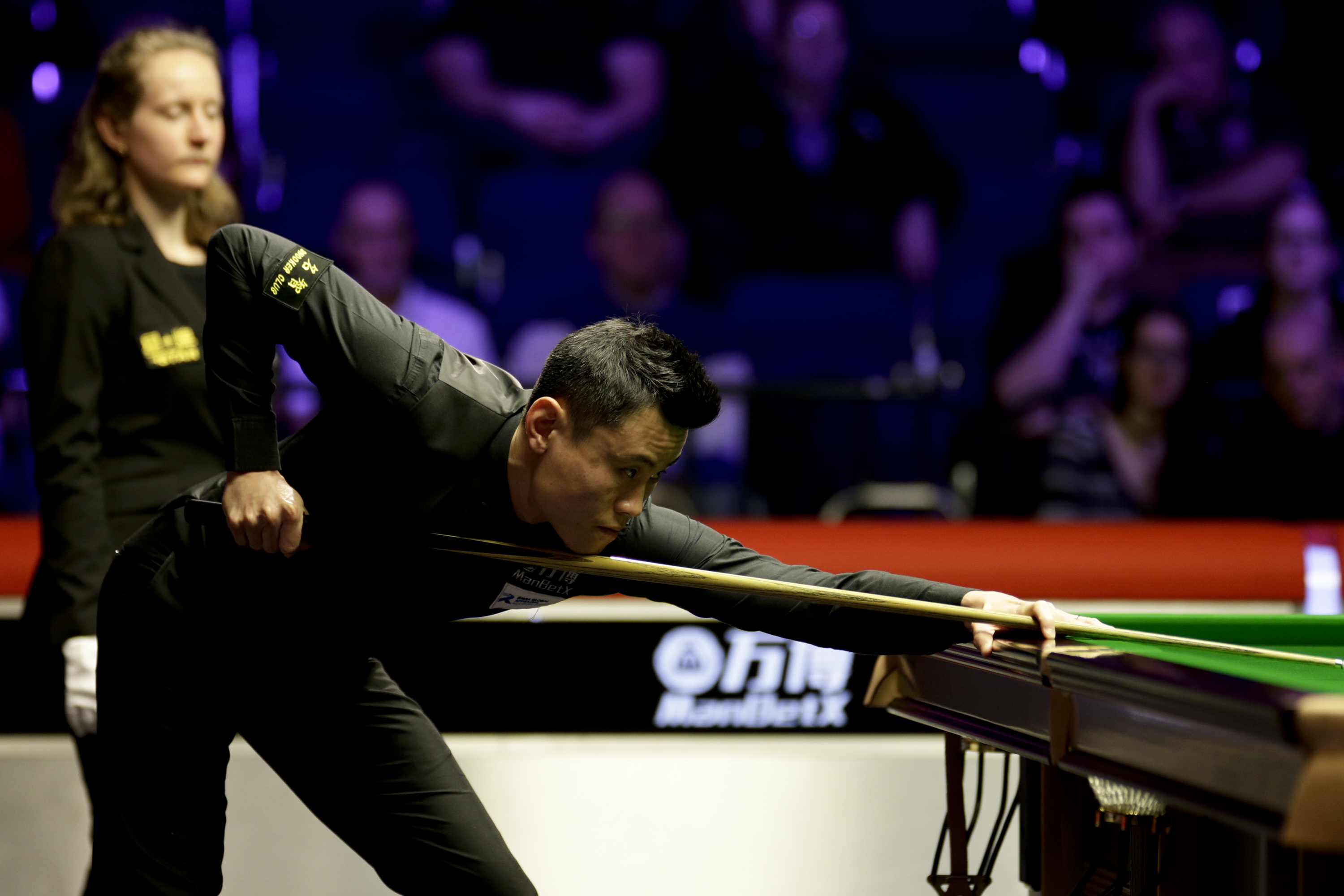 Hong Kong’s Andy Lee had his previous spell on the circuit curtailed due to Covid travel restrictions, but after returning through Q School he is determined to make the most of his new two-year tour card.

Lee was battling to retain his professional status at the 2020 Gibraltar Open when the coronavirus pandemic struck. He was required to return to Hong Kong and unable to compete in the World Championship, where he would have had the opportunity to secure tour survival.

After a period of strict lockdowns and self reflection, he returned to the professional scene at this season’s Q School and was successful in the very first event.

Andy, first of all how tough was it when you fell off tour back in 2020?

“Ultimately I had to surrender my tour card. I had an outside chance at the World Championship and I had Q School after that. I would have been match sharp for Q School having had two seasons on the tour behind me. When I was told I wasn’t able to play and I wasn’t able to travel from Hong Kong, I lost a bit of passion for the game. I was wondering where I could go from there. The pandemic was getting worse and worse, so I reached a stage where I didn’t know what to do. I was even considering seeking pastures new away from snooker.

“It was tough to take and a bitter pill to swallow not being able to compete at the World Championship. It just came at the wrong time for me. It was out of my control. Everyone was going mad during Covid and I appreciate everyone in the UK was the same as well. It was very strict in Hong Kong. You couldn’t do anything really. They weren’t even encouraging outdoor exercise at some points. You question what life is all about. Snooker was always a go to for me to get motivation in life. For that to be taken away was very difficult. I of course questioned my career. I can see how depression has evolved from Covid. Luckily at the Hong Kong Sports Institute we have access to a psychologist. I was going to see him and discussing life both on the table and off the table, to try to get a positive feeling back. I was in a dangerous spiral and that helped me.

“When I started playing again, I worked on a few things with my game which I felt I needed to address from when I was on the tour. I took baby steps because there was no rush without competitive snooker even being around the corner. I eased my way back into trying to enjoy the game again and took it from there. It was 16 months of practising. It was tough to keep motivated being away from the competitive game.”

Given all of that, how surprised were you to come straight through Q School in event one?

“When we finally could come over, I travelled early and I went to Ding’s Academy. I got some very good, intense practice sessions and matches in there. It is quite a good metaphor to compare it to a boxing gym for snooker. They feel like real games, because everyone is trying so hard. It puts you under pressure and tests you. I spent a lot of time with Ken Doherty and Jimmy White in there. They said a lot of nice things to me and felt that with my level of play I should be getting through Q School. To actually do it and get through was an amazing feeling. I was over the moon, but also in shock. Not because I doubted my ability, but because of everything I’d been through. I handled the pressure cooker of Q School. I stood up to that when I didn’t stand up to it when I was on tour. I exercised some demons by doing that.”

How important has the facility at the Hong Kong Sports Institute been for your development?

“The support as a snooker player is second to none. I believe that grassroots snooker would improve one million percent if every country followed that model and structure. From a developmental point of view and producing new talent it would help so much. I know discussions around that are at the forefront at the moment. We are fortunate that Marco and On Yee have put snooker on the map in Hong Kong and they have allowed this facility to emerge. I will be forever grateful for that. We get the psychology, nutrition and fitness as well as financial support as well. They have prolonged my career and I’m only here because of them.

What are your targets for the season ahead?

“I’ve set myself higher targets this time around. Coming through Q School has shown me that I do belong on tour. I was chasing it too much last time. This time I’ve earned my place again and come through Q School on back to back occasions. I don’t think I need to prove as much to myself. Top 64 is my target now. Last time I just wanted to win as many games as I could. You have to aim high otherwise there is no point in playing.”