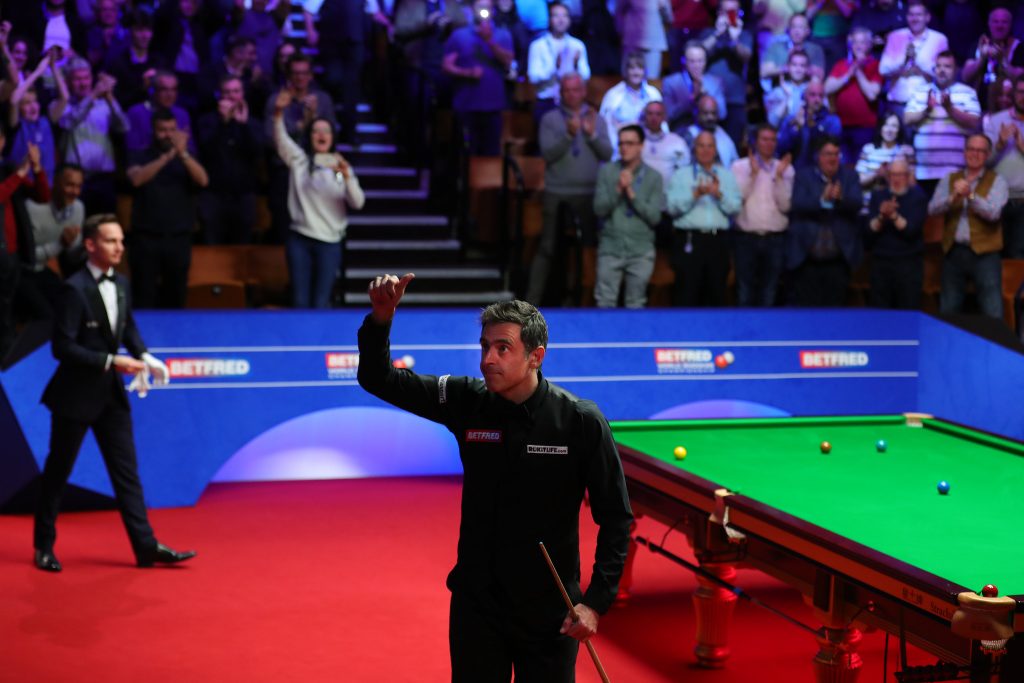 Ronnie O’Sullivan moved a step closer to winning a milestone seventh Betfred World Championship title with a 17-11 victory over John Higgins, setting up what could be one of the great Crucible finals against Judd Trump.

Higgins described his opponent as “lethal” as O’Sullivan treated the Sheffield crowd to a potting masterclass, making five centuries and 12 more breaks over 50 as he recovered an early 3-0 deficit to take 17 of the last 25 frames.

Victory would see O’Sullivan equal Stephen Hendry’s record of seven Crucible titles which has stood since 1999, and raise his marvellous career to yet another high. O’Sullivan is set to play in his 61st ranking final and is aiming for his 39th ranking title, which would move him further clear of Hendry’s previous record of 36. He is on course for a 21st Triple Crown success as he has already won the Masters and UK Championship seven times apiece. 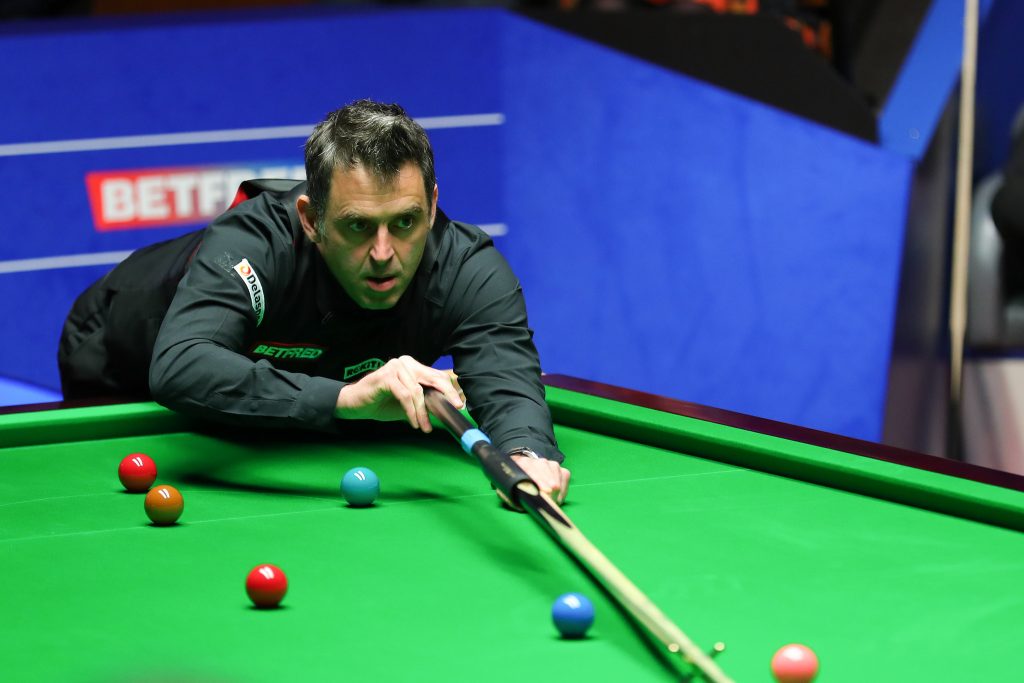 Higgins has had the edge over O’Sullivan in their matches this season, winning their last three meetings. But after a bright start this time, he was unable to score heavily enough to keep pace – the Scot failed to make a break over 60 until the 21st frame. The 46-year-old misses out on the chance to play for a fifth world title and, at the end of a season where he has shown a high level of consistency, he has added only the Championship League to his trophy collection.

Trailing 15-9, Higgins won the opening frame of the last session with a break of 69. He had a scoring chance in the next but ran out of position on 9, and O’Sullivan capitalised with 67 to go six up with seven to play.

Frame 27 came down to a safety battle on the last red, and Higgins got the better of the tactical exchange to keep his hopes alive. But O’Sullivan wrapped up the contest in the 28th with a break of 83.

“This tournament is the real deal, it’s great to do well in it,” said O’Sullivan, making his 30th appearance at the Crucible. “I’m hitting the ball ok in patches. There are spells when I feel really good, and others when it’s harder. That’s just the nature of snooker and getting older. I am calling on my experience to try to become a tidier player. I am not as fearless as I used to be so I have to make up for that in other areas.

“Judd is more attacking and aggressive than me, he has got more cue power so he can play shots that I can’t. We both go for our shots and try to win frames in one visit. Sometimes we have to pull shots out of the bag to keep the break going while other players might bail out and play safe. If we both play to 80 percent of our game it will be amazing. There’s two days to go so I’m going to enjoy it and see what’s left in the tank.

“I am not focussed on titles, what I have won and haven’t won. It’s more about the experience and enjoying it. When I won this title in 2020 it didn’t change my life. If I win it again I’m not sure I will feel overly elated. But it would still be nice to have.”

Higgins said: “I’m disappointed by the way I played. I was so up for the game, playing the great man over three days. It was a great occasion and a great crowd, but Ronnie was far too good for me. He was lethal. I don’t think he missed one ball when he was in among them, he might have run out of position a few times, but other than that he was unbelievable.

“In most people’s eyes he is the greatest ever. If he wins it and equals Stephen’s seven titles, it might put to bed any argument about that.

“I’ll come back. But there’s only so much your mental state can take when you play as badly as that. It’s soul destroying when you’re out there. But I’ll keep on giving it a go.”