Lisowski And Brecel Into Quarters

Jack Lisowski and Luca Brecel, two of snooker’s most flamboyant and attacking players, scored impressive wins on Thursday at the York Barbican to progress to the quarter-finals of the Cazoo UK Championship.

Lisowski scored a 6-4 victory over Hossein Vafaei to reach the last eight of this event for the second consecutive year. In 2020 he lost to Zhou Yuelong, but this time if he can beat Zhao Xintong on Friday evening he’ll be through to the semi-finals of a Triple Crown event for the first time in his career. 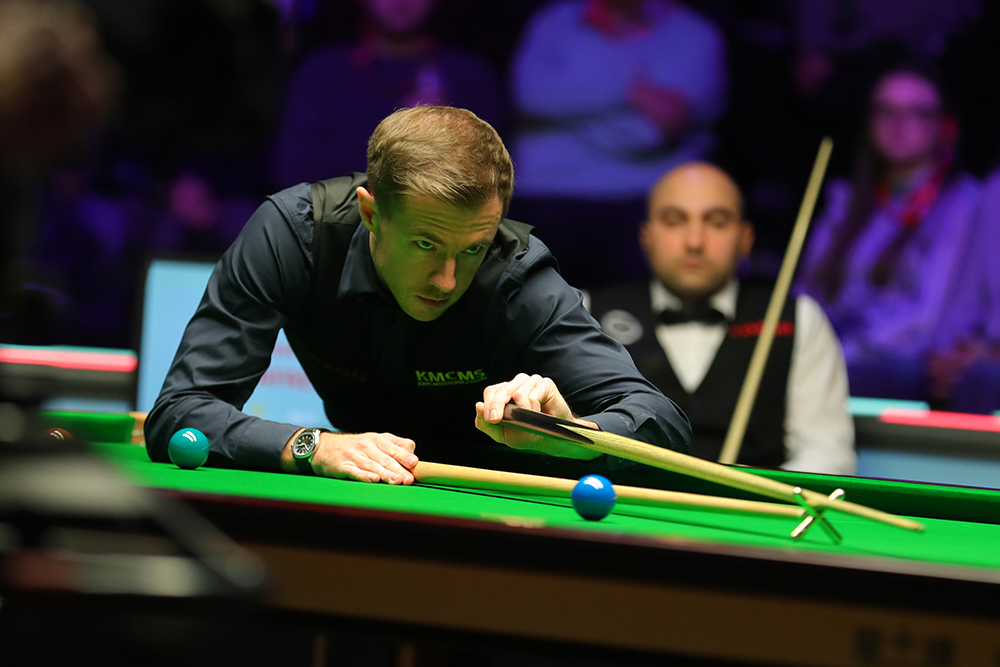 World number 15 Lisowski made a poor start to the season, suffering early exits in the first three ranking events, but has found a groove in York, winning four matches to get this far. The Gloucestershire cueman has had pep-talks from former World and UK Champion Peter Ebdon to prepare himself mentally for the challenge of competition.

The first two frames today were shared, then Iran’s Vafaei had a chance to go 2-1 ahead but missed a straight-forward brown when leading 59-48. Lisowski cleared to take the lead then made a break of 82 for 3-1. Vafaei’s superb 115 saw him claw one back, before Lisowski’s 88 gave him a 4-2 advantage.

World number 63 Vafaei took two of the next three frames to close to 5-4. In the tenth, he was 44-54 behind when he went for a tough pot on the last red along the top cushion, dismissing the option to play safe. But the red wobbled in the jaws, handing Lisowski the chance to clear to the brown which proved enough for victory.

“We both felt pressure and missed shots, but we also put on a good game and the crowd seemed to enjoy it,” said 30-year-old Lisowski. “Hossein is a lovely guy and if he does well it will be great for snooker. On the red in the last frame, I could see in his eyes and his body language that he was going for it, he wasn’t playing safe. Maybe I would have gone for it as well. Some of the top players would have snookered me, like Robertson, Selby and Trump. I was hoping he went for it because I could see it was a tough pot. Luckily for me he missed it.

“Zhao Xintong is my favourite player to watch, he goes for all his shots, he’s fast and he doesn’t play any safety. We will play it on our terms, the analysts will be saying which shots we should be playing, but that’s not going to happen. We’ll be going for everything, it will be a pot-fest. This was a big match for me in terms of the rankings and getting into the World Grand Prix. It’s a good opportunity to kick on from that.

“I got Peter Ebdon’s number and spoke to him for a couple of hours. He’s a winner and it’s great to have someone like that in your corner. He has given me things to think about. I’ll chat to him later and ask him what he thought of that match.” 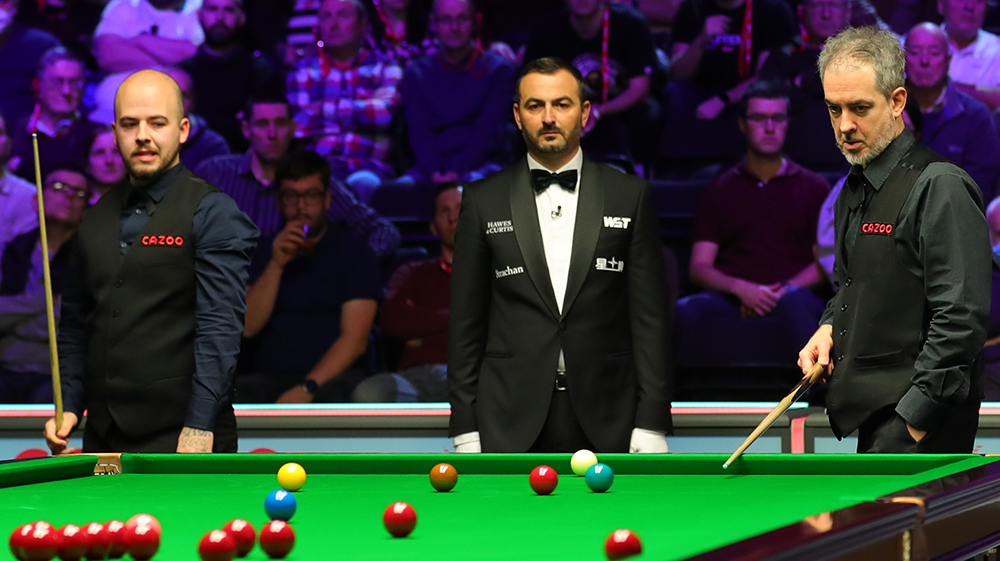 Belgium’s Brecel thumped Anthony Hamilton 6-1 with top breaks of 72, 72 and 69 to reach the quarter-finals of this event for the third time. World number 40 Brecel has shown consistent form this season and also reached the last eight of the BetVictor English Open. His next opponent will be Anthony McGill.

“Safety is always massive in such a big game and I didn’t really do a lot wrong today on that side,” said Brecel, whose only ranking title came at the 2017 China Championship. “Today was the best I felt in the whole tournament. Since being 5-4 down against Tom Ford I’ve won 14 out of 15 frames. I’m feeling good, confident and relaxed.

“It would be good if me or Jack Lisowski could win more tournaments because we have a nice style, I think, we play crazy shots sometimes. I’m not busy with entertaining, I’m a real winner, I hate losing so I just try to win. When I go for shots some people say I’m pushing the boat out, but it is just the way I play and I am confident in my shots so that’s why I play them.

“There’s still some very good players, Anthony McGill next, then Ronnie O’Sullivan or Kyren Wilson. Ronnie is obviously the big favourite to win it, but I can beat anyone. I’ve proven that over the years so we’ll see what happens.”