Jack Lisowski reached the quarter-finals of the Cazoo UK Championship for the third consecutive year with an impressive 6-2 victory over Hossein Vafaei in York.

World number 12 Lisowski clearly enjoys this event and hopes he can reach his first semi-final this time, having lost to Zhao Xintong in the last eight a year ago, and to Zhou Yuelong in 2020. This time he meets Shaun Murphy on Friday at 7pm, in an intriguing match between two of snooker’s most attacking players. 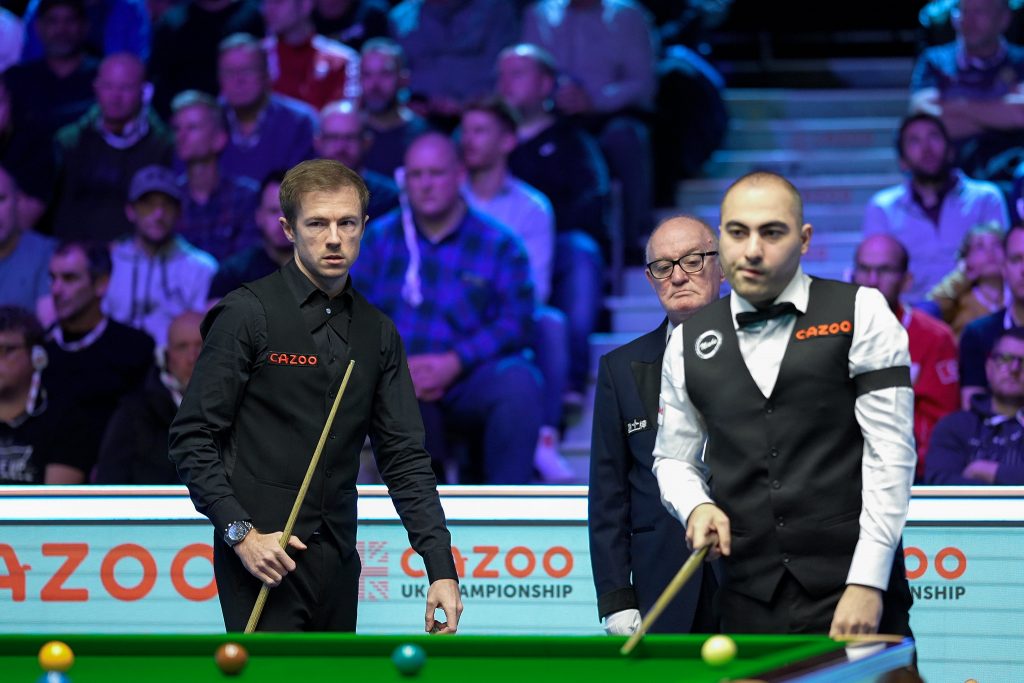 Lisowski eased into a 3-0 lead tonight with a top break of 95. Vafaei scored just 14 points in those three frames, but hit back in the fourth with a run of 111. The next two were shared, then Lisowski made a 101 to lead 5-2. Iran’s Vafaei could have pulled one back, but he missed a straightforward yellow in frame eight when he trailed 40-55, throwing his cue to the floor in frustration before Lisowski took the chance to seal the result.

“My long potting and positional play were good,” said 31-year-old Lisowski. “I really enjoyed the game. I was hitting the ball great, which is a nice feeling. I put Hossein under pressure all night, I could see he was worried about his safety, because my long game was good. He had just beaten Mark Selby which was a big scalp.

“When I play Shaun, hopefully we will both be going for everything and there will be no safety. He is a former champion and a great player. I didn’t watch him play Judd today, I just concentrate on my own game.” 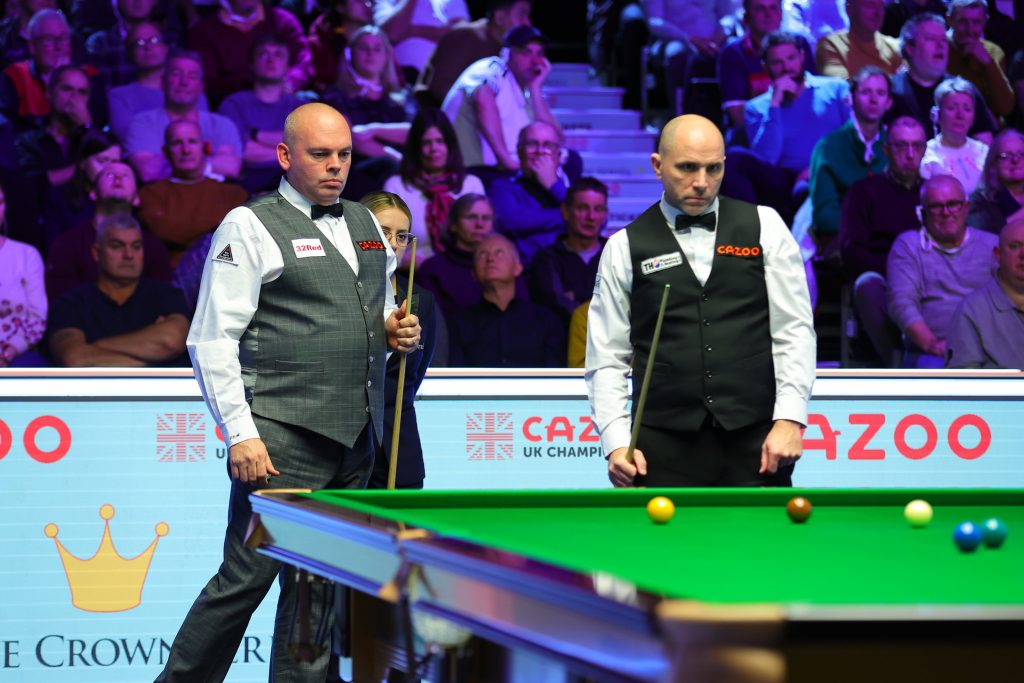 Joe Perry enjoyed a 6-3 success against Stuart Bingham and has now reached the quarter-finals of this event on eight occasions since 2004. Welsh Open champion Perry won two qualifying matches to make it to York before knocking out Neil Robertson and Bingham. The world number 30 now faces another qualifier, Tom Ford.

“It’s a big win because it’s always tough against Stuart,” said 48-year-old Perry. “I love it here in York. When the Barbican is buzzing, it brings out the best in me, it’s a wonderful atmosphere.”