Suffering from a severe migraine, Jack Lisowski feared he would have to pull out of the Cazoo Masters just hours before his quarter-final clash with Hossein Vafaei, but he came through a hard-fought contest by a 6-4 scoreline to continue his best ever run in the event.

“This afternoon I panicked. I couldn’t see anything, it was lights out. I was really worried that I had lost the match, there and then,” said Lisowski. “I slept for three hours and after that I could see, I just had a foggy head. To win the first two frames tonight settled me down because I had no idea what I was going out to. Thank God the match was at 7pm because if it had been earlier I wouldn’t have been able to hit the white in a straight line, let alone win. I haven’t had a migraine for ages and I’m not sure what set it off. It has been a very long, draining day and it hasn’t sunk in that I’m in the semi-finals.” 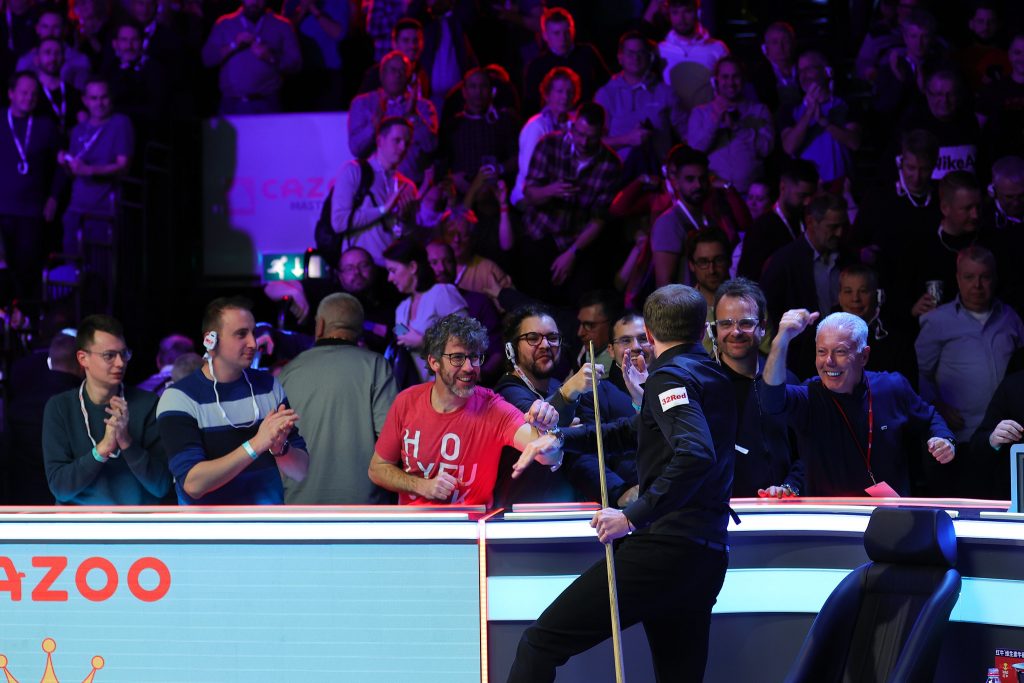 The gifted 31-year-old, who had never previously won a match in this tournament, is into the last four and will face Mark Williams on Saturday at 1pm. The Gloucestershire cueman, widely regarded as the best player never to land a pro title, is just two wins away from breaking his duck at one of snooker’s biggest events. It’s a second consecutive Triple Crown semi-final for Lisowski as he reached the same stage of the Cazoo UK Championship before a narrow 6-5 defeat against Mark Allen.

Vafaei is the first Iranian player to compete in the Masters and after a fine first round win over Mark Selby he might have progressed further, but couldn’t capitalise on the chances the came his way after taking a 3-2 lead.

Breaks of 96 and 76 put Lisowski 2-0 up, then Vafaei pulled one back with a 68 in the third. The Prince of Persia made a superb 143 total clearance in the fourth, equalling Mark Williams’ target for the £15,000 high break prize. He also dominated the fifth to go ahead, before Lisowski’s 67 made it 3-3.

In frame seven, Vafaei led 39-22 when he missed the yellow with the rest to a baulk corner, and his opponent punished him with a 41 clearance. Another mistake from Vafaei in the eighth, under-cutting the black to a top corner on a break of 60, could have proved costly but this time Lisowski missed the brown to a centre pocket after potting the last red, and his opponent took the chance for 4-4.

Frame nine came down to a tactical exchange on the blue, and a weak safety from Vafaei gifted Lisowski the opportunity to edge ahead. And the Englishman wrapped up the tie in the next with a run of 74. 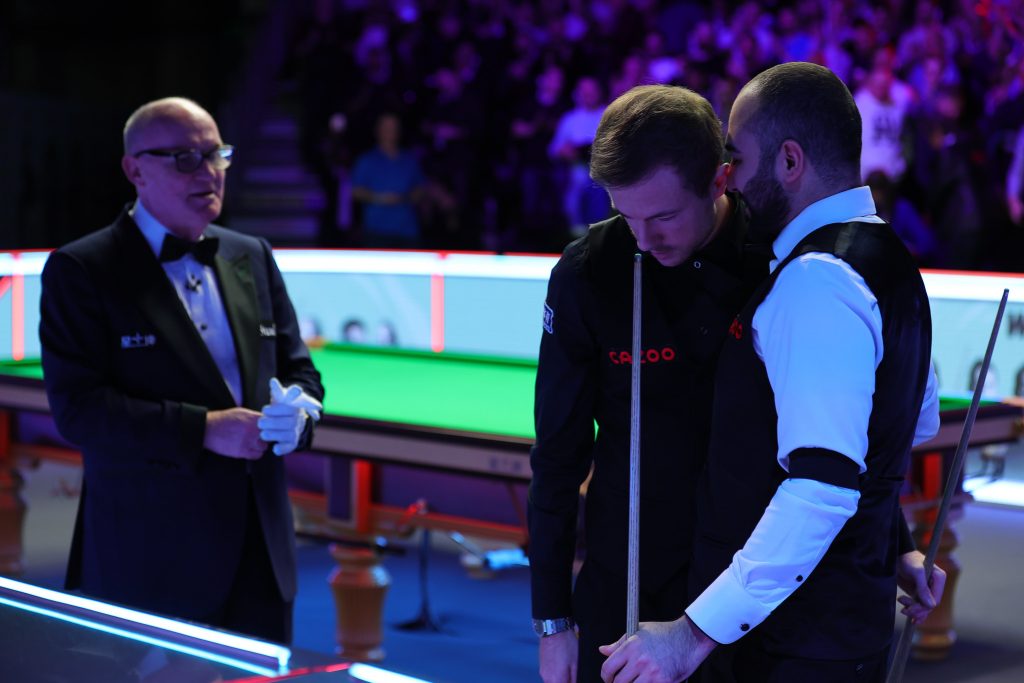 “Now I’m in the semi-finals, this is what I had dreamed of and had aspirations of doing when I was growing up,” said world number 12 Lisowski, who is now guaranteed £60,000. “I’ll try not to get excited, I’m glad I have tomorrow off and I can look forward to the match with Mark and enjoy it. He’s a really classy guy and he’s playing as well as he ever has. It’s going to be a great test for me and an occasion I’ll really look forward to.”

Shoot Out champion Vafaei said: “I felt comfortable at 3-3, but missed a yellow with the rest which was very expensive. All credit to Jack, he deserves to win the big titles and I hope he’ll do that. I’m also knocking on the door, you have to gain experience and learn from the other players to win a big tournament. You don’t just come off the streets, pick the cue up and do that. You need to lose until you learn how to win.

“I didn’t want this tournament to finish for me because I have enjoyed every second of it. It’s a pleasure to play in front of 2,000 people. I love them all and and want to thank them for their support. Even when I lost they clapped for me. Soon I’m going to make them happy and proud. I’m going to practise as hard as I can because I want to be in these big events.”