In the past, Lisowski has struggled to handle the atmosphere at the 2,000-seater London venue; he lost 6-1 to Ding Junhui on his 2019 debut, then went down 6-2 to Kyren Wilson the following year and was thumped 6-1 by Ronnie O’Sullivan in 2022. But at the age of 31, the gifted Gloucestershire cueman has finally got through to the quarter-finals for the first time. 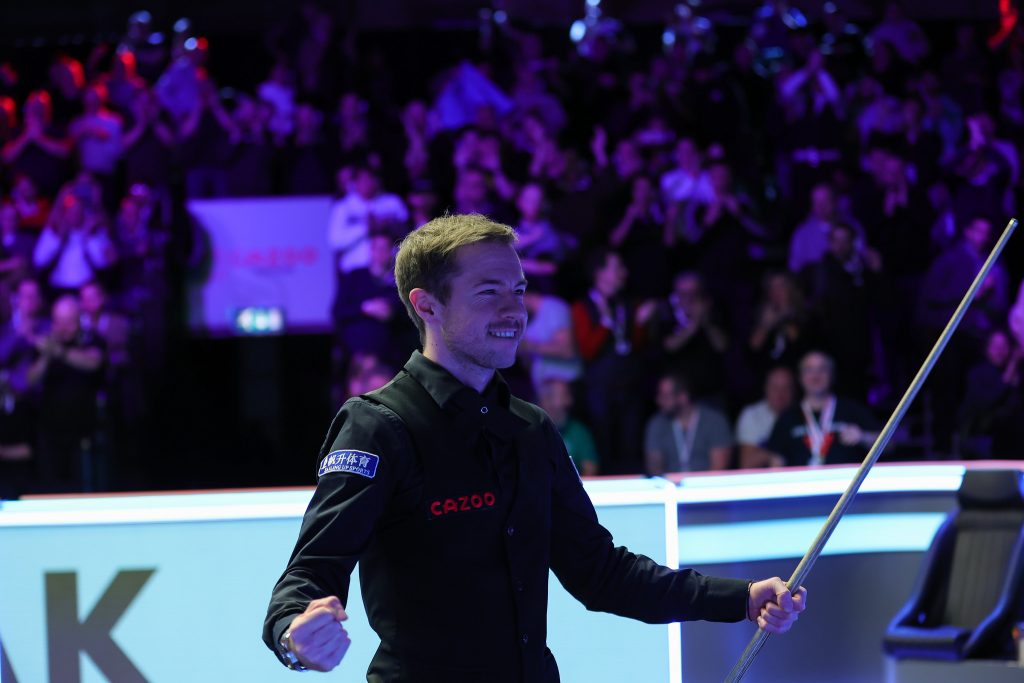 The left-hander will meet Hossein Vafaei on Thursday evening, with both players stepping into unchartered territory. Lisowski showed impressive form at the Cazoo UK Championship in November when he came within a frame of the final, losing 6-5 to Mark Allen in the semis, and having made a century and three more breaks over 60 tonight, the world number 12 will be confident of another deep run.

Higgins has a mixed record in this event as he lifted the trophy in 1999 and 2006 but has now lost his opening match 14 times in his 29 appearances. He admitted making “criminal” errors tonight as his disappointing run of form continued.

The opening frame was tied 40-40 when Higgins missed a difficult pot on the last red with the rest, handing his opponent the chance to go 1-0 ahead. Lisowski doubled his lead with a run of 68, before Higgins responded with a 142 total clearance, the new target for the £15,000 high break prize. A run of 88 put Lisowski 3-1 ahead, then Higgins hit back after the interval with a 79 to halve the deficit. Lisowski’s highest break of the match, 100, made it 4-2.

Higgins had several chance in frame seven, crucially missing a short range red to a centre pocket at 55-0. The frame came down to the last red and Lisowski got the better of a safety exchange then cleared to go three up with four to play. In the eighth, Higgins was on for a 147 until he overcut the black on 65, and Lisowski had a chance to clear but missed the last red, and his lead was soon cut to 5-3. There would be no fight back for Scotland’s Higgins as Lisowski wrapped up the match with a run of 93, delighting the crowd with a series of exhibition shots. 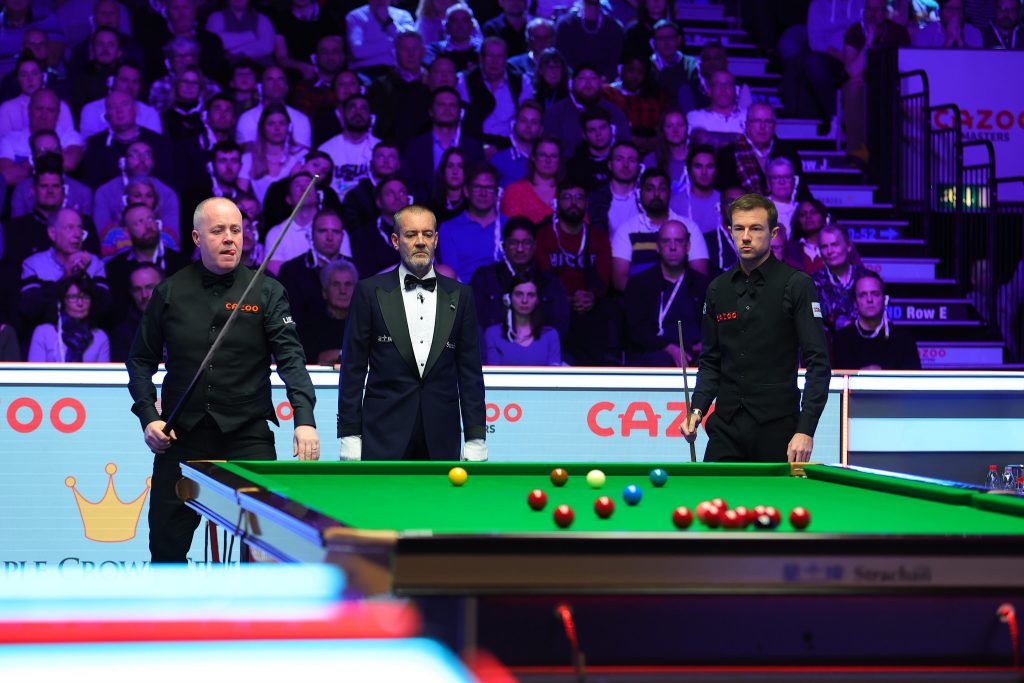 “It’s massive to win my first match here, such a special feeling,” said Lisowski. “I thought I was clinical tonight, to beat someone as good as John is a dream. I made a few decent breaks when it really mattered and stopped him from building momentum. The break in the last frame, that was such a good feeling and it’s why we play snooker.

“I worked very hard for this tournament and that showed on the table. It’s the best crowd, anywhere in the world. They have so much energy and they are so enthusiastic, it’s the perfect place to play. I try to entertain people, I want them to enjoy it. It’s high tariff stuff but when it comes off, it’s lovely.

“Hossein is a great lad and a very good friend of mine. He’s a future top 16 player and he’ll stay there for many years to come. He plays the game the right way. But it will be business on the table, I’ll try to take him out.”

Higgins said: “In the last couple of years I have missed balls which are unforgivable. In the seventh frame I decelerated on the red to a middle pocket, that was criminal. I have been trying something with my technique recently and it feels ok, but then when you get put out into the bear pit, I couldn’t concentrate, I was all over the place. Then I started to enjoy it and I felt better, but a couple of lapses in concentration, and Jack punished me. I thought he hit the ball really well and his style of play is superb for the crowd. He reminds me a bit of Michael Smith the darts player, he has lost in a few finals, but when his game clicks then the sky is the limit.”

Higgins admitted before Christmas that he is considering seeing a sports psychologist for the first time. “I haven’t got any further with that,” said the 47-year-old tonight. “I’m not in the next few events so it’s something I might look at. It’s a singular sport and you want to do your own thing, but so many of the boys now have someone in their corner rooting for them. And it gets more difficult as you get older.”